ELI at 50: Building on the Past to Secure the Future

December 22, 2019, marks the official 50th Anniversary of the Environmental Law Institute, but we are celebrating it throughout the entire year! We are reflecting back on our important work in shaping environmental law and governance in the United States and across the globe and imagining an even more impactful future.

See what ELI Founders Jim Moorman and Craig Matthews have to say as they reflect on ELI’s past.

Also check out an interview with David Sive, an Environmental Pioneer!

In celebration of our 50th Anniversary, ELI will be holding special events, programs, and publications throughout the year to look back at the last 50 years and look forward to the next. Each month will have its own "theme," beginning the year with one that has strongly animated ELI’s work through the years – pollution control – and ending in December with a focus on NEPA, the same month ELI and NEPA were formed.

Pollution control is an area that has strongly animated ELI’s work since our founding. Read more.

Pollution control is an area that has strongly animated ELI’s work since our founding. Read more.

Despite prolific growth in environmental laws and agencies worldwide over the last four decades, weak enforcement is a global trend that is exacerbating environmental threats. Read more.

Anniversary Blog: Reflections of an Unabashed Enforcer, by Leslie Carothers

Improving environmental governance at the international, federal, state, and local levels has been at the core of ELI’s work for nearly 50 years. Read more.

Our air, water, and lands are much cleaner and healthier than they were on April 20, 1970, the first nationwide celebration of Earth Day (organized with the help of original ELI Board Member Sydney Howe). But major environmental challenges, including climate change, continue to this day. Read more here.

May is American Wetlands Month, a time to celebrate the vital importance of wetlands to our nation's ecological, economic, and social health and to educate people about the value of wetlands as a natural resource. ELI’s Wetlands Program works year-round to provide professionals and the public with timely, balanced information on wetlands law, policy, science, and management. Read more.

Anniversary Event: Leadership of Women in Developing U.S. Environmental Law & Policy: What They Did, What It Meant, and Where It Is Going

Anniversary Blog: Gender and the Environment

Annversary Blog: Leadership of Women in the Environmental Movement

The Environmental Law Institute envisions a healthy environment, prosperous economies, and vibrant communities founded on the rule of law. Within this lens, it is clear that race and socioeconomic status should not dictate the environmental health risks we face. Yet, too often, this is not the case. Read more.

The Environmental Law Institute envisions a healthy environment, prosperous economies, and vibrant communities founded on the rule of law. Building the capacity of judges to better address environmental matters is therefore an integral part of our work. Since our first Judicial Education Program in 1990, ELI has developed, presented, and participated in educational workshops on critical topics in environmental law for more than 2,500 judges from 28 countries. Read more.

Anniversary Event: Spotlight on Judicial Training: Science in the Courts

Anniversary Blog: The Courts and the Rule of Law: Primary Forces in Advancing Environmental Protection

From the air we breathe to the water we drink to the food we put into our bodies, we’ve seen vast improvements to our environment over the last 50 years, thanks in large part to the laws and policies put in place since the dawn of the environmental law movement in 1969. But the next 50 years will be driven by technology as much as by regulation. Our increasingly fast-paced technological world therefore requires a restructuring in environmental protection strategy. Read more.

Anniversary Event: Genetic Engineering: The Good, The Bad, and The Necessary

The quality of our air, land, and water is much better today than it was 50 years ago, and we should be proud of the environmental laws and policies put in place to protect these natural resources. But climate change has thrown a wrench into the progress made thus far, creating new problems and exacerbating existing ones. How do we ensure a healthy environment for future generations in today’s era of climate change? Read More.

Our oceans act as a crucial life-support system for the planet and its inhabitants—soaking up carbon dioxide from the atmosphere, providing a wealth of natural resources, nurturing incredible and mysterious sea creatures, and serving as a playground and place of cultural heritage. Covering 71% of Earth’s surface and providing 99% of its living space, the ocean often seems invincible. Yet, human activity threatens to diminish the myriad services that the ocean provides. Read More.

Fifty years ago this month, the very same day the Environmental Law Institute was formed, Congress passed the National Environmental Policy Act (NEPA), setting in motion a new national policy to "encourage productive and enjoyable harmony between man and his environment.” Often referred to as the “Magna Carta” of U.S. environmental law, NEPA has been relatively successful in shaping how the government—and its citizens—protect the environment.  Read More. 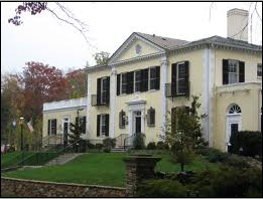 ELI traces its origins to a national conference on the emerging field of environmental law held at the Airlie House in Virginia in September 1969 attended by 50 lawyers, practitioners, and academics from across the country. The conference itself had a significant impact on the legal profession by initiating fertile exchange among many lawyers who were breaking new ground. Importantly, the gathering endorsed creating ELI and the Environmental Law Reporter (ELR) to collect environmental statutes, regulations, court decisions, and to analyze developments in the field. Guided by its founders, the Conservation Foundation and the Public Law Education Institute, ELI was incorporated on December 22, 1969, as a 501(c)(3) organization, the very same day that NEPA was passed. ELI held its first education program in October 1970. In January 1971, the first issue of ELR was released--the first publication to address broadly the legal questions of environmental management. In 1973, ELI became an independent organization.

New! Read From Law and the Environment to Environmental Law: A Founder’s Recollections, by Thomas P. Alder, one of the founders of ELI.