(Washington, DC): December 22, 2019, will mark the 50th Anniversary of the Environmental Law Institute. While ELI’s official birthday is still nearly a year away, ELI will celebrate its 50th during the entirety of 2019, holding special events, programs, and publications that look back at the last 50 years and look forward to the next. 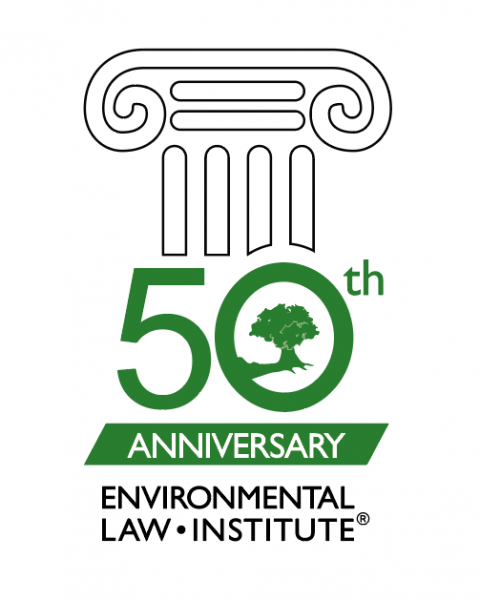 ELI traces its origins to a national conference on the emerging field of environmental law held at the Airlie House in Virginia in September 1969. Attended by 50 lawyers, practitioners, and academics from across the country, the conference had a significant impact on the legal profession by initiating fertile exchange among many lawyers who were breaking new ground. Importantly, the gathering proposed creating ELI and the Environmental Law Reporter (ELR), which would soon become the first publication to broadly address the legal questions of environmental management. Guided by its founders—the Conservation Foundation and the Public Law Education Institute—ELI was incorporated on December 22, 1969, as a §501(c)(3) organization, the very same day Congress passed the National Environmental Policy Act (NEPA). ELI held its first education program in October 1970, released the first issue of ELR in January 1971, and became an independent organization in 1972.

Throughout 2019, ELI will reflect back on the important work it has done in helping to shape environmental law and governance in the United States and across the globe while simultaneously planning for an even more impactful future.  Each month will focus on a particular theme, beginning in January with pollution control—an area that has strongly animated ELI’s work since the beginning. ELI has scheduled two 50th Anniversary events for January: Circular Economy: Extracting Value Through New Business Models and Technologies (January 24); and Pollution Prevention and Rethinking "Waste" (January 31).

Visit https://www.eli.org/eli-50th-anniversary for details and updates.