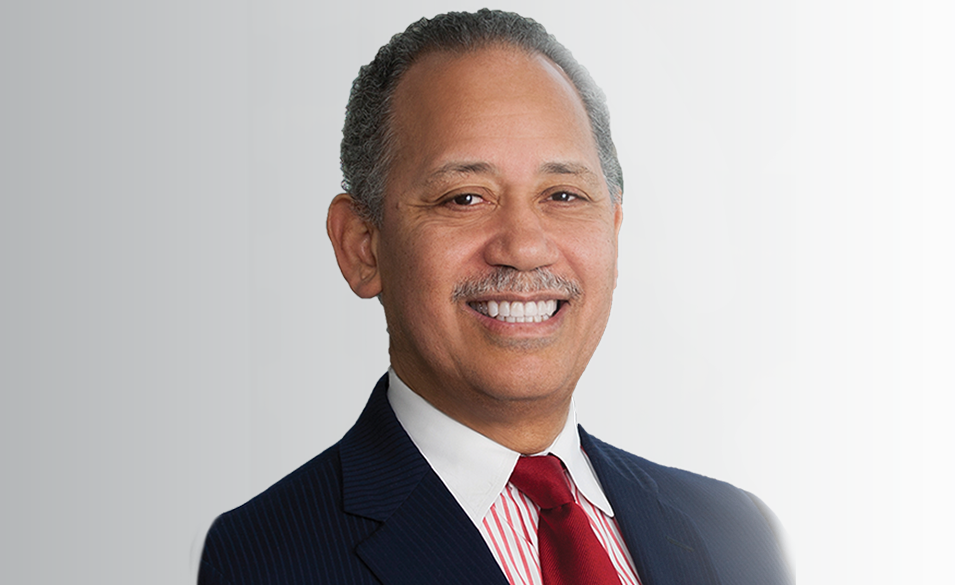 The Environmental Law Institute (ELI) is pleased to announce that it will present its 2022 Environmental Achievement Award to Benjamin F. Wilson—lawyer, scholar, pioneer, and mentor—in recognition of his visionary leadership and service to communities over a most distinguished environmental law career.

Born and raised in the segregated south, Ben served in the Civil Division of the U.S. Department of Justice, moved to private practice, and went on to become Chairman of Beveridge & Diamond PC, the largest and oldest environmental firm in the United States. Along the way, Ben represented clients in high-impact litigation but never lost sight of the hardships he and so many others have faced in advancing environmental protections and civil rights.

“Ben is a remarkable environmental lawyer whose impact reverberates so far beyond his immediate circle. An astounding number of people call him a mentor, and his lasting impacts are felt not only in the legal profession, but across diverse communities nationwide,” said Jordan Diamond, President of the Environmental Law Institute, where Ben is the Chair of the Board of Directors. “He spent a career championing the interplay of environmental and civil rights, and we are all better for it,” she added.

At Beveridge & Diamond, Ben provided representation on a wide range of environmental matters to clients from major corporations to cities and local governments. Among other things, Ben was longtime counsel to a number of water utilities in the cities of Chicago, New Orleans, and Washington, D.C. He also served as Court-Appointed Monitor in the Duke Energy coal ash spill proceeding and as Deputy Monitor-Emissions & Environmental in the Volkswagen “Dieselgate” matter.

Ben is renowned for being a tireless advocate for diversity, equity, and inclusion in the legal field. He counseled clients on environmental justice matters, helped establish the African American General Counsel and Managing Partner Networks in 2012, and founded the Diverse Partners Network in 2008. Ben also teaches environmental law at Howard University School of Law, where he co-founded the Howard Energy and Environmental Law Society.

Ben is also a recognized leader in pro bono work. In one notable case, he represented a child who suffered from lead poisoning after eating lead paint chips in a public housing project in the District of Columbia. As a result of this and related litigation, new federal regulations regarding lead paint in public housing were developed. Following a settlement, for almost two decades, Ben was appointed guardian of the child and served as a Trustee for the mother. Naturally, Ben was instrumental in creating ELI’s Pro Bono Clearinghouse.

Ben has been recognized for his leadership by countless organizations and publications. Most recently, Ben received The American Lawyer’s Lifetime Achievement Award, was named as one of Lawyers of Color’s Most Influential Black Lawyers of the Decade and received the National Bar Association’s Presidential Award. Ben was also recently inducted into the Washington Bar Association’s Hall of Fame and honored with a video tribute from My Brother’s Keeper|My Sister’s Keeper. In 2018, Diverse: Issues in Higher Education featured Ben in the “Black Scholars Matter” series, celebrating Black academicians and their work.

Although Ben retired in 2021, he continues to lead the Diverse Partners Network and serve on several boards, including Northwestern Mutual Insurance Company, PG&E Corporation, APCO Worldwide, and the DC Bar Foundation. Ben is a graduate of Dartmouth College and Harvard University Law School.

Since 2017, Ben has served as Board Chair for ELI. A profile on Ben, published more than 20 years ago when he became Managing Principal of Beveridge & Diamond, is available here (courtesy of The Environmental Forum).

The 2022 Environmental Achievement Award will be presented to Ben Wilson at the ELI Annual Award Dinner on October 25. By honoring individuals and organizations for demonstrating outstanding commitment to environmental protection, ELI helps set the standards for the environmental profession. The dinner is a signal opportunity for environmental professionals to forge new bonds of cooperation, while supporting the agenda-setting research, education, and training programs of the Institute. The event now attracts attention year-round, making it a unique gathering of the nation’s environmental leaders, with professionals attending from across the country and around the world.

Details will be provided at https://www.eli.org/award-dinner.