The U.K. government cites shale gas as a “safe and environmentally sound” source of new energy and is actively promoting development of the fossil resource—using hydraulic fracturing and horizontal drilling—in hopes of emulating the United States’ shale gas “revolution.”

While supporters of the technology argue that it can potentially serve as a bridge fuel to cleaner, lower carbon energy sources, the proposed shale gas operations are hotly debated.

At the close of another year of strong opposition to the technology and without significant progress, British gas firms, such as Cuadrilla in Lancashire and Third Energy in North Yorkshire, have said that domestic fracking is set to begin in earnest in 2018.

Gas companies Third Energy, Cuadrilla, and IGas Energy—financially bolstered by investments from petrochemical giant Ineos—are eager to be the first to drill in the United Kingdom since 2011, when fracking operations were halted due to concern over seismic activity. However, the imminent shale gas development is highly contentious and has been met with record-high public opposition and protests. Communities have expressed concern over potential risks, as seen from studies of shale gas development in the United States, and studies have shown that the potential for methane emissions can mean that the greenhouse gas footprint of natural gas is actually worse than that of coal.

While several studies have demonstrated the environmental impacts of shale gas, there is a lack of comprehensive evaluation of the social and human impacts of unconventional gas extraction. Moreover, the argument that shale gas is potentially a bridge fuel to cleaner, renewable energy is tenuous at best, because the question of whether shale gas has a lower carbon footprint than coal is really a question about the sources of pollution:  “single, identifiable” point sources of air pollution versus more diffuse non-point  sources.  Coal mining has primarily point sources of emissions while fracking is a more diffuse process, which relies on more extensive infrastructure and other activities along the supply chain—such as transportation of fracking chemicals and sand, as well as wastewater treatment or disposal. Also, the potential for fugitive methane emissions and other contamination at all stages of the shale gas lifecycle make it harder to calculate the true environmental costs of fracking. 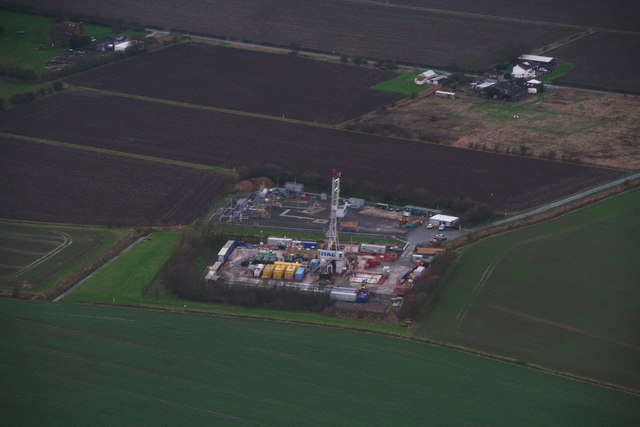 A new study from the University of Manchester in the United Kingdom is the first one to integrate the environmental, social, and economic characteristics of shale gas as a source of electricity to determine its overall sustainability. The authors argue that while several countries are currently considering shale gas exploitation, its overall sustainability is unclear. This is because although other studies have examined the unconventional hydrocarbon’s sustainability, “they are almost exclusively based in the US” and focus on a very limited number of environmental impacts.

This study is the first international examination to integrate environmental, social, and economic indicators to determine the relative sustainability of shale gas as compared to other electricity sources. The report examines 18 different indicators of sustainability—11 environmental, 4 social, and 3 economic—and assesses both the current electricity mix in the United Kingdom as well as future electricity scenarios using the year 2030 as a benchmark.

The results find that if the environmental, social, and economic aspects are “equally important,” shale gas ranks seventh out of nine potential options—one of the least sustainable sources. The best options are wind and solar PV, and the worst option is coal.

Importantly, the study also seeks to determine what it would take for shale to become the most sustainable option, and the authors find that massive improvements would be necessary, including an up to 329-fold reduction in the environmental impacts, a 14-fold increase in levels of public support, and an over 16-fold increase in employment. The report demonstrates that the rankings of the different types of electricity sources change depending on the relative importance—or weight—placed on the different indicators. As a result, it may be possible to increase the sustainability rating of shale gas both by changing the weight placed on different indicators as well as improving performance in the various indicators. However, the authors conclude that the improvements or changes necessary to make shale gas sustainable are “very significant and unrealistic.”

The authors ultimately find that, assuming equal importance of all the sustainability indicators, a “future electricity mix with a lower penetration of shale gas is more sustainable than the one with higher contribution.”

This novel study, while focusing on the U.K. context, has international relevance and drives home the point that unless it can be made more sustainable across all of the various social, environmental, and economic aspects, shale gas is really a bridge to nowhere.