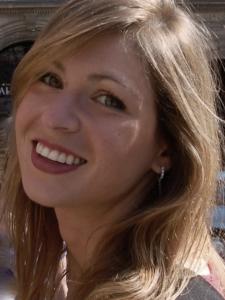 She is currently a President's Scholar at Imperial College London, pursuing a doctorate in Environmental Research supervised by Karen Makuch. Her research focus is environmental and health impacts of hydraulic fracturing in United States, United Kingdom, and European Union, and the role of public participation and citizen science in international energy policy.

She has studied at Sciences Politiques, Paris, and at the University of Florence.

Miriam has volunteered at a sea turtle rescue center, interned at the Weizmann Institute of Technology, and at the London Natural History Museum’s Core Research Labs. She is co-founder of the Amir D. Aczel Foundation for Education and Research in Science and Mathematics, Inc.

She currently works as an academic tutor for Mansart Education Ltd. in London and volunteers as a research analysis advisor with Leaders in Energy (LERCPA) in Washington, DC.

She speaks French, Italian, Hebrew, and is studying Spanish.

She is based between London, Washington DC, and Paris.