One of the most controversial questions being asked in the electricity sector these days is whether we have a power grid that is resilient to the natural and manmade threats that it faces. Answering this question requires policymakers to evaluate the threats and determine whether the work of system planners and market designers will reduce the magnitude and duration of a disturbance in grid operations by spurring operational practices and investments in transmission, distribution, and generation assets.

But what if some of those very assets are among the causes of the disturbance? In other words, what if the resources powering the grid itself are contributing to, and exacerbating, the severe weather events that are interrupting electric service to customers for days or weeks on end?

As the effects of a changing climate have become more apparent, electric utilities have engaged in adaptation strategies to ensure that they are better prepared for severe weather events whose frequency and intensity will increase with climate change. For example, sea-level rise, one of the most readily observable climate impacts, is already having significant effects on the infrastructure of coastal utilities. Rising sea levels endanger power plants and other structures that rely on ocean water for cooling.

Furthermore, utility infrastructure, such as distribution lines to reach coastal residential and commercial locations, is susceptible to both long-term inundation as well as periodic tidal flooding and/or storm surge flooding. In response, many coastal utilities — as well as those with infrastructure on the coastline or within tidal basins — are looking to raise structures above current and projected sea levels.

Climate change is also intensifying weather-related extremes — in the summer creating higher overall and peak temperatures as well as longer and more frequent heat waves. Such events increase the need for electricity, yet extreme heat reduces transformer capacity. Conversely, as we on the East Coast saw again this winter, polar vortices can bring extreme cold, which can also stress the system in unexpected ways.

Finally, and most obviously, high-wind events damage transmission and distribution lines and poles, disrupting service until they can be repaired. State commissions are authorizing funds to harden the distribution network, acknowledging that events are not one-off occurrences, but rather, are an increasingly likely outcome of a changing climate. They are expecting utilities to bring the system back up just as quickly, despite the increasing intensity and frequency of severe weather.

Investing in system improvements is well worth the cost, given that 2017 was the most expensive year on record for severe weather and climate events, according to the World Meteorological Organization. A recent WMO report described how the very active North Atlantic hurricane season, major monsoon floods in the Indian subcontinent, and continuing severe drought in parts of east Africa contributed to this record-setting economic impact. The report estimates that the total disaster losses from weather- and climate-related events in 2017 was $320 billion, the largest annual total on record (after adjustment for inflation).

However, this “react” strategy only goes so far. It makes little sense to focus exclusively on adapting the grid infrastructure to this changing reality — instead, infrastructure investments should be designed to ensure that the system that provides electricity from coast to coast is contributing lower and lower amounts of the pollution that is accelerating and intensifying climate impacts.

A realistic and rational approach to identifying the components of a resilient system should incorporate the potential for this system to mitigate the risk it faces, and be responsive to the fact that generation sources that emit high levels of greenhouse gas pollution are not identical to generation sources that emit little to no climate pollution. In other words, planning a generation system that is resilient must include planning for a system that is both able to withstand interruptions and also does not contribute to interruptions by exacerbating climate change.

There is a real-world example facing the mid-Atlantic power system right now. Four nuclear power plants in Pennsylvania and Ohio have announced that they will retire in the next three years. Last year, those plants produced 40 terawatt hours of carbon-free power. When they retire, that generation will be replaced almost exclusively by fossil fuel-fired plants, resulting in over 20 million metric tons of additional carbon emissions annually, the equivalent of putting over 4 million cars on the road. Until we factor the emissions impact of our generation sources into our resilience planning, we are destined to stay in this never-ending cycle. 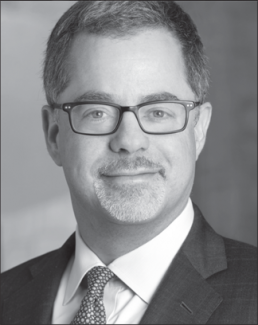 Justice Louis Brandeis famously remarked, “It is one of the happy incidents of the federal system that a single courageous state may, if its citizens choose, serve as a laboratory; and try novel social and economic experiments without risk to the rest of the country.” That maxim rings as true today as it did in 1932. Nowhere is this more evident than in the tug of war underway between the Trump administration and California. More than ever, environmental practitioners focused on the national stage must stay attuned to developments in the Golden State, and vice versa.

As Trump pursues a deregulatory agenda, California has rushed to fill the void. For example, as EPA reconsiders the Obama-era Clean Power Plan, California announced a suite of state-level measures to achieve its own goal of reducing greenhouse gas emissions to 40 percent below 1990 levels by the year 2030. Among other things, California extended authorization for its cap-and-trade program through 2030, and Governor Jerry Brown has been advocating linking its trading system, and expanding the western electricity grid, to other states. California Air Resources Board Chairwoman Mary Nichols has touted these initiatives as a direct response to the CPP’s withdrawal.

The most notorious example of this phenomenon may be SB 49, the “anti-backsliding” bill, which garnered significant attention, but remains stalled. SB 49 would prohibit a state or local agency from revising its rules to be less stringent than federal environmental “baseline standards,” which are defined as those standards that were in effect before Trump took office. In the event of a federal retreat from that baseline, SB 49 would require California agencies to quickly pass “emergency regulations” without the usual notice and environmental review processes.

California has also sought to compensate for the absence of U.S. leadership internationally. President Trump’s decision to withdraw from the Paris Agreement cannot go into effect until November 2020 at the earliest. But Brown and the governors of 13 other states and Puerto Rico were not inclined to wait, instead forming the U.S. Climate Alliance. The Climate Alliance members, which represent approximately a third of the U.S. population and 22 percent of its aggregate GHG emissions, have each pledged to meet the same reduction goal that the U.S. submitted in Paris. Brown attended the latest climate talks in Bonn, along with key members of the California legislature, and has pledged to pursue climate partnerships with Canada, Mexico, and China.

Practitioners with clients operating in multiple jurisdictions may find themselves navigating a patchwork quilt of state-level regulation. In some cases — as in the field of consumer disclosure and product labeling — “California is not only reacting to national developments, but driving them,” points out Anthony Samson, who heads Arnold & Porter’s government affairs shop in Sacramento. California is the only state with a law requiring disclosure of ingredients for household cleaning products, but “the California consumer products market is so massive that most manufacturers follow its lead for all of its products rather than sell products specifically labeled for California commerce.”

California Attorney General Xavier Bacerra has also jumped into the fray. A study by the Sacramento Bee shows that he has filed 24 lawsuits challenging the Trump administration in 17 subject areas, including multiple actions to forestall regulatory rollbacks at EPA, Interior, and Energy.

Practitioners will also be closely following developments in the area of automobile fuel economy standards. EPA and the National Highway Traffic Safety Administration are considering whether to revisit Obama-era GHG emissions and fuel-economy standards that were originally projected to achieve an industry fleet-wide average of 54.5 miles per gallon for cars and light trucks by model year 2025. California, however, has determined to maintain its standards under a special preemption waiver granted by EPA. To the extent state and federal standards diverge, cooperative federalism may be put to the test, as new questions could be raised concerning the waiver and preemption.

Meanwhile, in perhaps the boldest move to date, California legislators have proposed the Clean Cars 2040 Act, which would require all new cars registered in the state after that date to be zero-emission vehicles.

Tanya DeRivi, director of government affairs for the Southern California Public Power Authority, neatly sums it up: “Our organization has long followed federal and California legal and policy developments on environmental, energy, and tax issues,” she says. “But it has become even more important for our organization to understand the intersection between the two so we can better offer guidance to our members amidst the Trump-California legal and policy battles.” Where will those battles lead? Stay tuned.

What Have We Learned from 30 Years of Cap-and-Trade Programs?

What have we learned from 30 years of cap-and-trade programs? 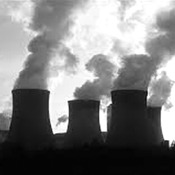 ELI PRESS ❧ Complete elimination of fossil fuels may be necessary before the end of the century, and most likely much earlier. A major challenge is finding legal means to achieve that. If done right, these methods will benefit not only the environment but also society.

A Key Challenge for Sustained Success of the Paris Agreement

A key challenge for sustained success of the Paris agreement.

Built Infrastructure and Climate Change in the American Southwest

Built infrastructure and climate change in the American Southwest.