Guide to Other Restoration and Recovery Funds

In addition to the NRDA, RESTORE Act, and NFWF processes, there are several other entities that will receive funds as a result of the Deepwater Horizon oil spill. The National Academy of Sciences (NAS), North American Wetlands Conservation Fund (NAWCF), and Oil Spill Liability Trust Fund (OSLTF) have all been designated to receive funds for various purposes. This page provides an overview of how the NAS, NAWCF, and OSLTF processes are unfolding and how the various pieces fit together.

The National Academy of Sciences is “a private, non-profit organization chartered by Congress in 1863 to provide independent, expert advice to the nation.” As part of the criminal settlements that BP and Transocean reached with the federal government, NAS has been allocated $500 million in funds, which it will receive between 2013 and 2018. These monies will be used to establish a 30-year research program “focused on human health and environmental protection[,] including issues relating to offshore oil drilling” and to the production and transportation of hydrocarbons in the Gulf and the outer continental shelf. 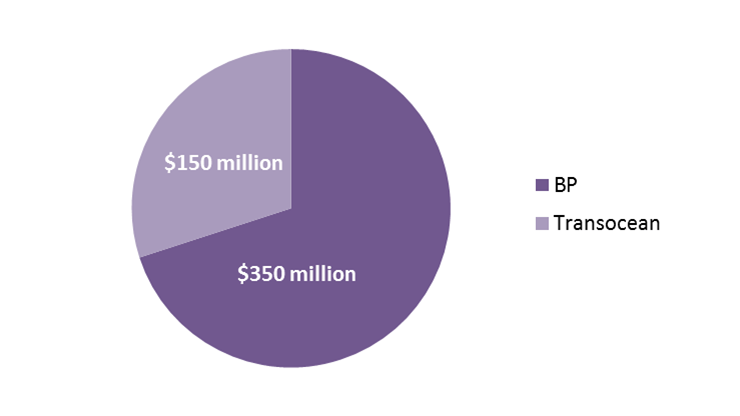 Where are we now?

In June 2013, the NAS appointed an advisory group to create a strategic plan. The advisory group consisted of 25 members and was chaired by Barbara Schaal, Dean of the Faculty of Arts and Sciences at Washington University. The members served until September 2014. Before the end of the advisory group’s term, a strategic plan for the program was released. Later in 2014, the NAS appointed a new advisory board. The board is chaired by Dr. Thomas O. Hunter, President and Laboratories Director of Sandia National Laboratories (retired). NAS began announcing funding opportunities in 2014, consisting of exploratory grants and fellowships. Funding announcements are made periodically on the NAS’ Gulf Research Program website.

Congress created NAWCF when it enacted the 1989 North American Wetlands Conservation Act. NAWCF receives funding from several different sources, including fines collected under the Migratory Bird Treaty Act. As part of the criminal settlement that BP reached with the federal government, BP pled guilty to one misdemeanor count of violating the Migratory Bird Treaty Act, and agreed to pay a $100 million fine. The money is to be used to fund projects to restore and conserve wetlands in the Gulf or that would “otherwise…benefit migratory bird species and other wildlife and habitat affected by the [oil spill].” NAWCF is administered by the Division of Bird Habitat Conservation within the U.S. Fish and Wildlife Service (FWS). 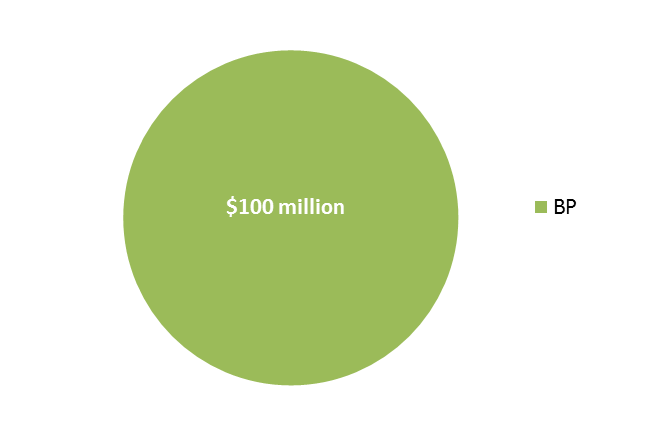 How are projects chosen?

Funds are being distributed through the North American Wetlands Conservation Act (NAWCA) grants program. As noted in the NAWCA 2016 Proposal Instructions, applicants must show, among other things, “a nexus between [their] project and the migratory bird species and other wildlife and habitat affected by the Gulf spill.” The instructions include a Priority Bird List, as well as a map with a defined priority funding area. For 2016, the funds will be split among the United States (70%), Canada (27%), and Mexico (3%). 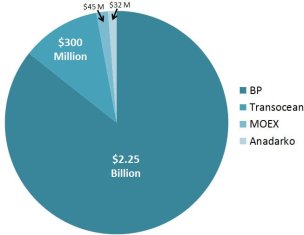 The OSLTF is an account created by Congress to hold, among other things, certain payments, penalties, and taxes on oil. Typically, all spill-related Clean Water Act (CWA) penalties would go to the OSLTF, but – in this instance – the RESTORE Act diverts 80% of all CWA civil and administrative penalties related to the spill. The remaining 20% plus all criminal penalties still go to the OSLTF. Funds are used to cover the costs of future oil spills, administering provisions of the Oil Pollution Act, and other activities.

Where are we now?

The concurrent development and implementation of six different processes related to recovery and restoration after the BP oil spill can be challenging to track and understand. The following table compares some key elements of the processes, for easy reference:

NAWCFU.S. Fish and Wildlife Service, Department of the InteriorBenefit migratory birds and other wildlife and habitat impacted by the spillUnited States, Canada, and Mexico$100 millionFunding grants in FY 2014–2019

NASNational Academy of SciencesFund 30-year program that focuses on human health and environmental protectionGulf of Mexico and U.S. outer continental shelf$500 millionScheduled to receive funds from 2013–2018

This page adapts and updates information explained in detail in: ELI & Tulane Institute on Water Resources Law & Policy, Funding Deepwater Horizon Restoration & Recovery: How Much, Going Where, For What? (May 2014).