In 2016, the United Kingdom (U.K.) had an “unprecedented drop” in its carbon emissions, reducing emissions from production of electricity by 25%. The U.K. achieved this reduction by switching from coal to natural gas for electricity generation—leading to a carbon reduction equivalent to removing over 30% of Britain’s cars from the road. A recent report published in Nature Energy by researchers at two U.K. institutions, the University of Sheffield and Imperial College London, considers the “enabling conditions in Great Britain and the potential for rapid fuel switching in other coal-reliant countries.” 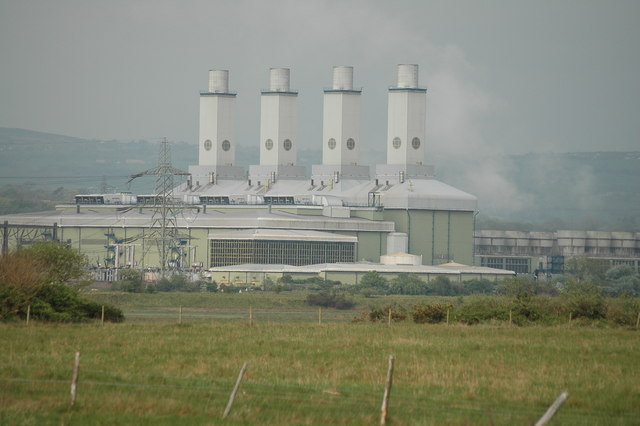 The report found that the U.K.’s overall carbon emissions dropped by 6% in 2016, thanks to “cleaner electricity production.” The authors emphasize that the reduction was not due to an increase in lower-carbon nuclear or renewable energy sources, but rather the underestimated benefits of switching from coal to natural gas energy generation. If a fuel switch can be encouraged to make better use of existing gas infrastructure, the fuel switch may be able to scale up quickly and produce significant near-term emission reductions.

The authors found that carbon emissions could be reduced by roughly one gigaton per year within five years—equivalent to 3% of worldwide emissions—if other countries followed the U.K.’s example by switching to natural gas from coal in power stations, as natural gas produces less than one-half the carbon dioxide produced by coal.

Dr. Grant Wilson from the University of Sheffield highlighted the motivations behind the research, and its wider global significance:

“A main driver for undertaking the research is that although coal generation had dropped in Britain between 2015 and 2016, from memory it seems that nobody was forecasting the scale of shift from coal to natural gas generation that took place in 2016. However, with hindsight, it clearly was possible—as it happened. For this reason we felt it was an interesting area to investigate, and to understand what helped this to happen in Britain at such scale and with such speed, and whether there were lessons here for other countries to consider in terms of rapid reductions in CO2 emissions from incentivizing fuel switching from coal to natural gas.”

According to Dr. Wilson, the analysis was limited to available data on currently existing coal and natural gas infrastructure. Importantly, the study’s focus on existing facilities shows that these benefits of reduced carbon emissions are achievable without requiring new infrastructure or additional supply of gas.

Dr. Wilson added that the report’s analysis was “deliberately high-level to get a feel for the scale of the emissions reductions, in part to sense check whether it would be worth the effort to undertake a more detailed analysis into particular markets.”

The significance of this research gives the authors “confidence to undertake further research into particular markets—to better understand the technical potential (or limitations).”

Dr. Iain Staffell, from Imperial College London’s Centre for Environmental Policy, commented to The Telegraph that “fuel switching is no silver bullet, but any opportunity to reduce emissions in years rather than decades deserves attention.” Dr. Staffell added that while the switch from coal-fired power plants to natural gas is not “a long term solution,” it is “an important step to start reducing emissions quickly and at minimal cost” and could allow time to develop the “required renewable energy capacity to permanently cut global carbon emissions.”

Dr. Wilson, when asked to provide further comments on the report for ELI readers, said:

“An area of greater interest to the readership of the Environmental Law Institute is not the technical limitations, but the political limitations of legislating a meaningful carbon price—as without this, it is clear that the fuel switch would not have happened at the same scale or speed in Britain. The political challenges of enacting legislation to bring forward meaningful carbon pricing in markets such as the USA, Poland and Germany is fascinating, regardless of the technical potential of being able to accommodate a rapid shift.

A further interesting finding that may have wider resonance is the scale of the non-linear change in generation. A tipping point was reached, and the market shifted rapidly from one form of generation to another. Overall, although natural gas is a non-renewable fossil fuel that emits carbon dioxide, the cumulative emissions saved by fuel switching over the next decade from coal to natural gas are likely to prove far cheaper than the removal of carbon dioxide from the atmosphere in future decades. The analysis suggests this is an area that deserves greater consideration—and we are hopeful that the paper provides some evidence to help this greater consideration take place.”

However, the report also warned that while natural gas has carbon advantages over coal as a fuel source, the potential for leakages of methane may erode this benefit, as methane is a more potent greenhouse gas. The study explained that because of this, switching fuels to a different type of fossil fuel “cannot be a long-term option as electrical generation from unabated natural gas still emits around four tenths that of coal.” Furthermore, if the natural gas is sourced from unconventional shale sources, potential methane emissions “may add a further 25% to its carbon intensity.”

The findings of this report are significant as several European countries—including Austria, Britain, France, Italy, and Sweden—have made a commitment to phasing out coal-fired energy within the next decade. In the United States, the Clean Power Plan, announced by former President Barack Obama in 2015, has been called a “climate game changer” because of its potential to reduce carbon emissions from the largest single source of U.S. greenhouse gas emissions—power plants, which account for over 1/3 of the U.S.’s carbon dioxide emissions. These findings of cost-efficient emissions reductions are even more significant in light of President Donald Trump’s Energy Independence Executive Order, which calls for a review of—in an attempt to repeal—the Clean Power Plan.

Of further interest is the opinion that the U.S.’s recent decision to withdraw from the Paris Climate Accord might not be as detrimental to global climate change mitigation as originally thought because decarbonization, including the switch from coal to natural gas, in the U.S. is now “taking place from the ground up.” Therefore, although there have been setbacks with regards to tackling global climate change, research into the cost-effective potential for rapid worldwide CO2 reduction in switching from coal to natural gas is crucial.