Nearly four billion people worldwide are under government mandates to socially distance themselves from one another in order to “flatten the curve” of COVID-19. Non-essential workers are hunkering down at home, bringing the daily commute and air travel to a virtual halt. The resulting decline in air pollution is stunning, visible even in satellite images.

The first lockdown measures affecting 35 million people in China began in January, and nitrogen dioxide pollution in Wuhan has since fallen by over 40%. Data indicates similar declines in the European countries of France, Italy, and Spain, as well as in India, South Korea, and major cities in the United States, including New York City.

Clearly, a global economic shutdown is not the solution to poor air quality. But when life returns to normal, can we sustain these public health benefits?

Possibly—if we substantially reduce our reliance on fossil fuels. The resulting improvements in air quality could also build our resilience to future respiratory pandemics, given the connection between exposure to air pollution and increases in COVID-19 mortality. And to prove this is no pie-in-the-sky theorizing, we consider two major economies—China and California—taking substantive steps to shift to renewables while improving air quality.

Since China began to integrate itself into the world economy in 1978, it has achieved an economic miracle, growing its gross domestic product 90-fold. The nation’s population of 1.4 billion people has seen their living standard significantly improve, and life expectancy has increased from an average of 66 to 77 years.

But this rapid economic growth comes at a huge environmental—and human—cost, with 852,000 early deaths attributed to high concentration levels of particulate matter with a diameter of 2.5 µm or less (PM2.5) in 2017. China is today the world’s greatest emitter of greenhouse gases—the country’s per capita emission is higher than in several developed economies, like the U.K. and Denmark. Its booming metropolises rank among the world’s 100 most polluted cities by particulate matter (PM) concentration: a whopping 56 Chinese cities make the list. 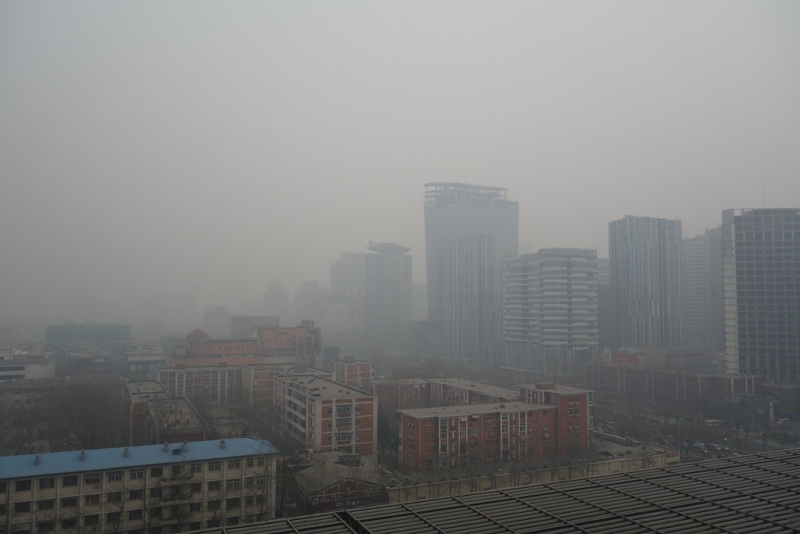 Convinced that China’s economic model was not sustainable, the government took strong measures to combat air pollution. In 2013, the central government issued the Airborne Pollution Prevention and Control Action Plan. The Plan established ambitious goals, including a 10% reduction in PM concentration in major cities between 2012 and 2017. The Plan also aimed to reduce coal’s share of total energy consumption to 65% by 2017. The 13th National Five-Year Sub-Plan on Ecological and Environmental Protection aspired to further reduce that share to 58% by 2020. China took one step further, empowering the public to leverage the law to fight air pollution with its new Environmental Protection Law. This law authorizes NGOs to file environmental public interest litigation against polluters—including those that discharge air pollution. China has also built the world’s largest installed capacity of hydro, solar, and wind power.

The Golden State is renowned for its smog, thanks in large part to motor vehicles’ domination over transportation. California has taken strong measures to address air pollution; indeed, California has a (currently challenged) waiver under the Clean Air Act that allows the state to set emissions standards for new motor vehicles stricter than federal government standards. The state has made progress, but this has stalled in recent years. The state’s cities still top the charts for the poorest air quality, and most urban areas exceed the PM2.5 standard.

But just like today—with the pandemic-induced economic shutdown credited for reducing air pollution in California, as it has in China—economic downturns in the state’s recent past beneficially impacted air quality. At least one study identified a statistically significant relationship between the unemployment rate and air pollutants between 1980 and 2000, looking specifically at haze, carbon monoxide, and nitrogen dioxide.

California is pressing ahead on efforts to accelerate the shift to renewable energy sources and increase the transportation sector’s share of zero-emission vehicles. More generally, AB 32, the California Global Warming Solution Act of 2006, set a 2020 target of reducing GHG emissions to 1990 levels by 2020. The state is on track to exceed its 2020 climate goal, and aims to reduce GHG emissions to 40% below 1990 levels by 2030, 80% below by 2050.

Thus far, a shift to more renewables in the electricity sector has been the primary driver of statewide GHG emission reductions. This is thanks to policies including the Renewable Portfolio Standards (RPS) program—which the state Legislative Analyst’s Office also credits for a small benefit in reducing local air pollutants—and other measures like SB 1368, a 2006 state law prohibiting new long-term contracts with coal power plants.

The state will now need to effect a sea change in the transportation sector to meet the rest of its goals for reducing both traditional air pollutants and GHG emissions. Several programs underway to reduce GHG emissions focus on light- and heavy-duty vehicles—heavy-duty vehicles being a major source of nitrogen oxides—low-carbon fuels, and policies to reduce vehicle miles traveled (VMTs). The Greenhouse Gas Reduction Fund (GGRF), funded by cap-and-trade auction proceeds, funds California Climate Investments, allocating hundreds of millions of dollars to air quality improvement and low-carbon transportation.

Analysts and pundits alike predict society will settle into “new normal” in the wake of the pandemic’s indelible impact. Will emissions rebound once self-isolation mandates are lifted? On the one hand, at least according to one analysis, the rapid collapse in the fossil fuel industry, driven by social distancing and a worldwide economic slowdown, could potentially deter investors and spur a transition to renewable energy. Other experts are less optimistic, anticipating the plummeting prices will encourage future use of GHG-emitting fuels. And the role played by economics, politics, and shifting social norms cannot be underestimated.

One promising note: counter to the prevailing narrative, economic development and pollution reduction are not opposed to each other. Proponents of the circular economy advocate for repurposing waste products, and “green growth” reconciles the two with smart management and advanced environmental technology. Indeed, pollution can decrease economic productivity and imposes both short- and long-term monetary costs. “Green jobs” shifting away from pollution intensive sectors offer a pathway to long-term, sustainable development.

In fact, reducing our reliance on fossil fuels is not only economically smart. Such a move would help humanity combat the impending climate change crisis, protect our most vulnerable from air pollution-related diseases, and increase resilience against future respiratory pandemics. The result is a win-win-win outcome for everyone.