What is Political Ecology?

When a colleague asked me what exactly I meant by political ecology during a recent meeting, I was genuinely surprised. I thought that this concept was widely known and discussed, not only in France but also in the United States, where the names of Gilbert White, Henry David Thoreau, Henry Chandler Cowles, and Rachel Carson famously contributed to defining these two simple but enigmatic words: “political” and “ecology.” What surprised me more was my own inability to define the boundaries of this concept. I improvised an answer about the relationship between nature and society, but after the meeting, my mind was still thinking about the question: Is there a good definition of this evanescent concept? 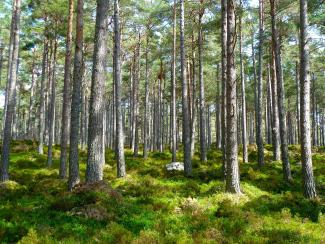 I set out to find a definite answer. Decades ago, in Politics of Nature: How to Bring the Sciences into Democracy, French philosopher, anthropologist, and sociologist Bruno Latour (1947-2022) wrote that political ecology is, and should simply be, a concern for nature in politics. This definition, however, only raises more questions. What is the scope of this concern? What is meant by nature? And what exactly is the extent of politics? There are many ways of answering these three components, but to put it briefly, political ecology, describes Bruno Latour, requires both the broadest and most general perspectives. Many manifestations of political ecology are visible in our societies: for example, the rising ecological concern from citizens, the integration of ecological measures into political rhetoric, the increasing concern for ecology in governmental agendas, the boom of climate and environmental litigation, the growing awareness of and zeal for environmental justice, and more. Other manifestations can be found in environmental law, especially within the values and goals underlying and structuring the discipline.

In fact, all facets of environmental law illustrate a specific concern for nature, albeit typically with an anthropocentric perspective that prioritizes humans and places them apart from nature rather than as part of nature. Thus, one might argue that Latour’s concept of political ecology separates from environmental law when the latter focuses on regulating discrete pollutants by media, e.g., air and water, whether by prevention, limitation, and enforcement. From this purely legal point of view, the relationship between political ecology and environmental law appears somewhat limited. The first responds to society’s relationship with the environment through philosophical abstraction whereas the second deals with empirical reality, and these two spheres are unfortunately still considered and analyzed distinctly.

Let’s take an even more specific example: climate change. This major challenge of our times could benefit from a political ecology approach. And that’s what the latest Intergovernmental Panel on Climate Change report concluded: reducing climate effects cannot be done without a fundamental shift and radical change in the method of development in industrialized countries. This radical change must not be reduced to a few measures aimed at achieving carbon neutrality or reducing energy waste. It must be analyzed as a far-reaching vision, one that should lead us to reassess the values that have until now structured our economies and that are merely reflected in our legal systems. Maybe, instead of reading the last IPCC report as only a scientific orientation to tackle climate change, lawmakers should also accept this scientific invitation to shift towards a new “climatic regime.” And this is particularly true according to the latest evolution in environmental law in the United States. The importance of the recent Inflation Reduction Act, or the return to the Paris Agreement, are various indicators of the specific role the United States plays in the geopolitical context of the ecological crisis. However, these measures should not mislead us, as they appear to be highly symbolic when compared to the deep change expected and yet not reached. Bruno Latour emphasized this concept:

We understand nothing about the vacuity of contemporary politics if we do not appreciate the stunning extent to which the situation is unprecedented.