We Can Unleash the Private Sector for Climate Action (Part 2)

Around the same time as the American Business Act on Climate Pledge in 2015, the investment community began to look at investment risks from businesses and industries that could be impacted by climate change. They examined both the physical aspects of vulnerability as well as the potential financial impact of climate change. From a financial and sustainability perspective, demand for products and services could decline or increase as society tackles climate change. Most notably, BlackRock, an investment firm with over $6 trillion in assets, began urging its clients and customers to build sustainability and climate change implications into their corporate planning. This in turn helped many CEOs further discussions on climate with their boards. 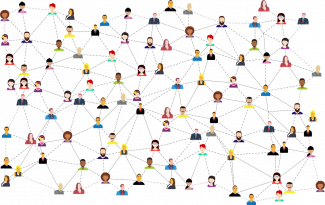 In the meantime, the competition for talent and customers began to hinge on a company’s outlook on climate change. In 2015, a survey of 3,700 MBA students at 29 universities across the globe by the Yale Center for Business and the Environment found that 96% of students saw the private sector as leading on climate change, and a remarkable 44% were willing to accept a lower salary for a company with better environmental practices.

In 2016, as the Trump Administration was debating whether to stay in the Paris Agreement, over 50 major U.S. companies placed full-page ads in the Wall Street Journal and the New York Times, laying out the business case for staying in the Agreement. Even now, in 2022, 30 leading companies have urged the passage of the climate provisions of the Build Back Better package in a letter to Congress, as many of the policies would help businesses focus investments and provide supporting infrastructure for their own actions.

A number of recent actions highlight the growing forward-leaning posture of the private sector. In the United States, power-sector carbon dioxide emissions fell around 30% from 2005 to 2020. Forces at play here were federal and state tax incentives for renewable power, advances with directional drilling aided by years of federal and industry research coordination, and a growing regulatory environment regarding coal-powered facilities. Those regulatory needs put most power companies in a position where they had to decide to either invest more to continue trying to clean up coal plants, or put those investments into cleaner energy. Given the industry’s growing public posture and the post-2010 transition that began after the failed Waxman Markey legislation, the decision was easy—invest in cleaner energy. Now, more than 35 major U.S. electric power companies have set a goal of net-zero emissions by no later than 2050.

Another example is in the automotive sector. In 2005, hardly any American automobile manufacturer was producing an electric vehicle. In fact, in 2003, GM had recalled all its electric vehicles in California. Tesla was founded in that same year and by 2009 had received a $465-million loan from the U.S. Department of Energy (which it has already paid back with interest). It wasn’t until 2012 that Tesla sold more than 1,000 cars per quarter. In the fourth quarter of 2021, Tesla sold just over 300,000 vehicles. Today, every major car manufacturer has developed an impressive line of electric vehicles—just last year, Ford introduced the electric version of the iconic F150 pickup truck. General Motors, a company that abandoned its electric vehicles in 2003, has publicly established a goal of selling only zero-emitting electric vehicles by 2035.

These two sectors alone represent more than 50% of U.S. greenhouse gas emissions, and there is action underway in other sectors from manufacturing to buildings. Across the board, companies have noted the importance of government programs to support climate action. When Duke Energy, the largest U.S. power producer, adopted a net-zero goal for 2050, it was clear that innovation and supporting public policy will be needed to get all the way there. For example, new transmission lines will be needed, carbon capture technology will be needed, and continued support for zero-emitting nuclear power will be needed. When GM announced its goal to only sell zero-emitting electric vehicles by 2035, it noted that additional research and development on batteries, as well as government policies to accelerate the deployment of charging stations, will be needed to build growing consumer confidence.

Businesses need certainty to maximize financial sustainability. Most U.S. businesses have transitioned to developing their own plans for decarbonization—they no longer need to be told to do so. Businesses notice a low probability for a comprehensive federal program, yet growing consumer, investor, and employee interest in climate action. They see the advantages these plans have for recruiting employees and responding to investors who want responsible action, and they observe the continually growing scientific urgency and potential for disruption from climate change.

While the current pace of change is promising, the steps taken so far are insufficient to meet the challenge. What is needed now is a stronger partnership with government. This means broad support for policies that create incentives for action, financing for projects and just transitions, accelerated permitting for needed infrastructure, shared research agendas on topics like batteries and advanced nuclear, federal investment in needed infrastructure such as EV charging stations, and a single greenhouse-gas accounting system that can foster credibility. Coalition-building led by businesses and NGOs for these supporting policies is urgently needed.

All this needs to be built on a foundation of accountability and transparency, which has yet to be coalesced around. Government and NGOs need to come together to provide a coordinated and non-redundant structure to give businesses the platforms they need to build public credibility and accountability.