We Can Unleash the Private Sector for Climate Action (Part 1)

For the last several decades, many leading businesses have expressed support for climate policy in the United States. While there are many businesses that expressed concerns and even advocated for policies back into the late 1990s, here I will trace efforts back to 2006. That was the year the U.S. Climate Action Partnership (USCAP) was initiated. The USCAP was a collaboration between leading businesses and climate-focused NGOs. Its goal was to develop consensus policy recommendations and principles for Congress and the new executive administration that would be elected in 2008. 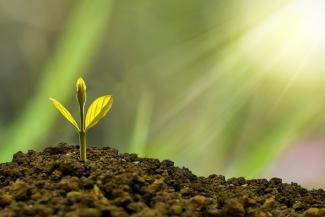 What made this partnership unique was its call for mandatory, market-based federal policy. The group set out emissions reduction goals for 2020, 2030, and 2050, ending at an 80% reduction from 2005 by mid-century. At the time, these goals aligned with maintaining a global average temperature rise to less than 2 degrees Celsius. The partnership’s Call for Action, released in 2007 (eight years before the Paris Agreement), included these goals and a call for legislation.

Influenced in part by the USCAP effort, both 2008 presidential candidates, Barack Obama and John McCain, ran on platforms that included proposing climate legislation to Congress. During the first year of President Obama’s term, major market-based climate legislation, which became known in shorthand as “Waxman Markey,” named for the two lead co-sponsors, was introduced. Much has already been written about the fate of that legislation, which by 2010 had ultimately failed to pass Congress.

I include this history to make a key point about the trajectory of business climate action. After Waxman Markey failed in Congress, two interesting transitions began. The Obama Administration turned inward to accomplish some climate objectives with administrative action. Meanwhile, leading businesses turned inward to look at their own opportunities and responsibilities.

The years between 2010 and 2015 were pivotal for these transitions. During this period, EPA issued regulatory actions on initiatives such as light-duty vehicle greenhouse gas emissions performance standards. EPA also initiated the process to regulate emissions from the power sector with the Clean Power Plan, which, as developed, was a broad and flexible company-wide performance standard to be reached by 2030. While many businesses supported these efforts, these actions were ultimately hamstrung by litigation, the Supreme Court’s unusual interference, and the Donald Trump Administration, which worked to reverse them.

In this time frame between 2010 and 2015, the private sector was seemingly at a tipping point. In response to growing impatience while waiting for the policy landscape to stabilize, a shift toward climate action signaled by regulatory efforts and actions leading up to the 2015 U.N. climate summit in Paris, and advances in climate science, the private sector experienced a major transition.

This was a transition away from waiting for a comprehensive legislative framework, to acting on climate in their own industries. It included publicly accepting the need to get their operations in line with the Paris Agreement and (this is key) advocating for policies that would help them achieve those goals. In advance of the Paris summit in 2015, the Obama Administration announced the American Business Act on Climate Pledge. The initiative included dozens of major corporations that signed on, pledging to support a strong Paris Agreement and to invest in and build clean energy with close to $200 billion committed.

Read more about the private sector’s transition toward climate action in Part 2 of this two-part blog series.