January is National Radon Action Month, a good time for policymakers to consider what action they can take to address one of the most important—and preventable—indoor health risks facing their constituents. Radon is responsible for around 21,000 lung cancer deaths in the United States each year. That makes it the second leading cause of lung cancer overall and the leading cause among non-smokers, according to EPA. 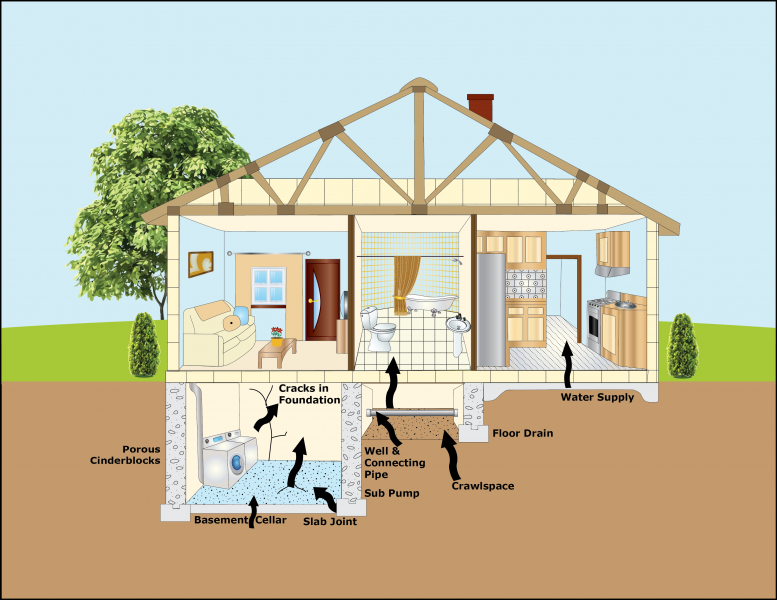 Radon is a radioactive gas found in soil and rock in all parts of the country. It can move up from the ground into a home through cracks and other holes in the foundation. It can also be released from well water to the air indoors during showering or other water uses. The only way to know the radon level in a building is to test the air.

Fortunately, testing is easy, and there are well-established techniques for reducing elevated radon levels. Yet, indoor exposure to elevated radon levels remains a problem in millions of homes throughout the country, in part because the gas is colorless and odorless, and its health effects are not felt immediately.

State and local policy thus has an important role to play in spurring radon testing and mitigation. Two prime opportunities for controlling radon are the sale of a home and the construction of a new home. Some states and localities have already enacted radon laws and regulations in these areas, and more jurisdictions should follow suit.

The real estate transaction has long been viewed as a key moment for addressing radon in existing homes. The parties are already engaged in inspections and negotiations, and it is relatively easy to incorporate radon testing into the process.

One straightforward policy strategy is to require that home sellers provide information about radon to potential buyers. Many states already have a simple requirement for the seller to disclose known radon levels as one of many items on a disclosure form. But this type of disclosure would yield information only if a radon test has already been conducted. And buyers might mistakenly believe that the absence of radon information on a disclosure form means there is not a radon problem in the home.

States should consider strengthening their real estate laws to require that a seller provide both a radon disclosure (e.g., known radon testing/mitigation and test results) and supplemental information about radon designed to increase the buyer’s awareness of the importance of testing for and fixing a radon problem.

Minnesota and Illinois are two good examples of state laws requiring such enhanced radon disclosure and education. Both states have seen increased radon action in the years following adoption of the new requirements. Minnesota officials found that radon mitigations overall doubled after the law went into effect in 2014, with much of that increase attributed to action taken in connection with the real estate transaction. In Illinois, officials observed that radon testing in the real estate transaction increased considerably the year after the state law took effect, and testing continued to increase in subsequent years.

Construction of a new home offers the possibility of reducing radon levels from the start. Radon-resistant new construction (RRNC) techniques are well-developed, and building radon control into new homes is less expensive than mitigating radon later on. While there has been important progress in this area, most new homes are still built without radon-reducing features.

Most states that regulate home construction do not currently require radon control measures. States (and localities) with mandatory residential building codes—especially those in areas of high and moderate radon potential—should follow the example of eight states (and many counties) that have incorporated RRNC requirements. Those state and local RRNC codes typically require “passive” radon control techniques, similar to the approach taken in Appendix F of the model International Residential Code. Other model industry standards are available for strengthening that approach by adding radon testing following installation of a passive system and requiring activation of a vent fan if testing reveals elevated levels.

Addressing radon in new home construction and the real estate transaction are not the only policy strategies states have employed for reducing radon risk. Several states implement radon professional certification or licensure requirements to help ensure that radon testing and mitigation are performed properly and effectively. Some states have established testing requirements and other radon standards for schools, child care, and other facilities where building occupants do not have control over fixing radon problems. And a recent law in Colorado provides financial assistance to help lower-income families reduce their exposure to radon.