Opportunities for Climate Diplomacy: The Biden Administration and the Road to COP26

In these early days of the Biden Administration, it has become clear that climate diplomacy is returning to the U.S. foreign policy agenda. On Inauguration Day, the new Administration announced that the United States would rejoin the Paris Agreement, signaling an abrupt shift from the previous administration’s approach toward multilateral environmental agreements. Signed in 2015, the Paris Agreement made history as the first legally binding agreement to oblige states to limit global warming to well-below 2°C by the end of the century. Limiting warming to this threshold would help prevent irreversible damage to our climate system and planetary boundaries, as demonstrated by the Intergovernmental Panel on Climate Change. To accomplish this ambitious feat, signatories of the agreement are asked to submit Nationally Determined Contributions (NDCs) every five years to communicate how countries will reduce their emissions and build resilience to adapt to a warming world.

However, the Paris Agreement did not mark the end of climate diplomacy. Instead, it signaled a new dawn of hope for climate action based on a concrete, common goal of limiting the global temperature rise to a specific threshold. Today, the planet has already reached 1°C of warming since pre-industrial levels, and research by Climate Action Tracker signals that the planet is on track for a nearly 3°C increase by the end of the century based on current policies. The need for enhanced contributions to hasten a peak in global emissions has never been greater. 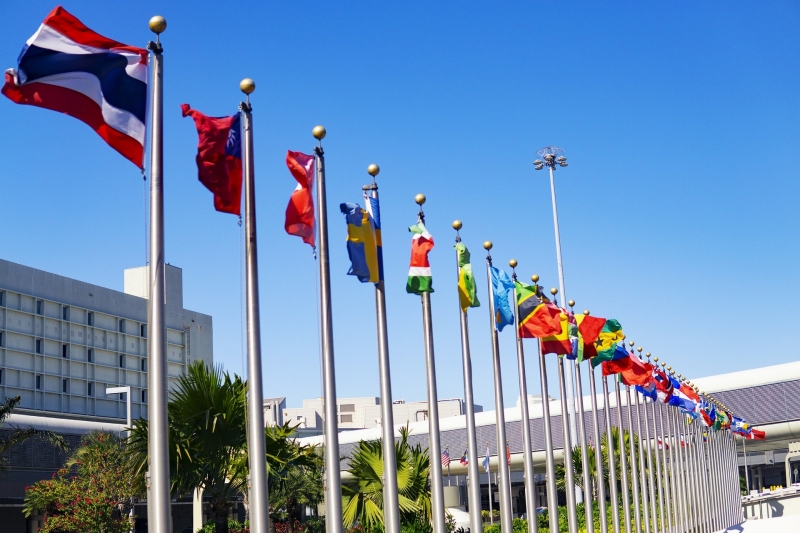 Luckily, parties to the Paris Agreement have the opportunity to negotiate improved commitments at the 26th Conference of the Parties (COP 26). The COP is the supreme decision body of the United Nations Framework Convention on Climate Change, which created the Paris Agreement. All states that are parties to the Convention are represented at the COP, which is hosted each year to make necessary decisions for effective implementation. This year in November, the United Kingdom and Italy will be co-hosting COP26 in Glasgow. This will serve as a critical moment for parties to increase ambition on adaptation and hold each other accountable to meeting the Paris Agreement’s obligations. Considering the state of global heating in 2021, extraordinary efforts are needed to strengthen commitments to realize the goals of the Paris Agreement.

Several crucial climate issues are on the table in Glasgow this November, including the creation of carbon markets under Article 6 of the Paris Agreement, accelerating the clean energy transition, doubling the pace to zero emissions vehicles, and drastically increasing funding for adaptation and nature-based solutions.

The Biden Administration holds a unique opportunity to contribute to the success of COP26 through strategic and ambitious diplomacy. The Administration seems to have already made this a commitment: Biden’s Executive Order on Tackling Climate Change at Home and Abroad explicitly outlines, “Domestic action must go hand-in-hand with United States international leadership, aimed at significantly enhancing global action.” Whether or not this commitment is fulfilled depends largely on how the new Administration revitalizes the U.S.’s role in catalyzing alliances for ambitious climate action leading up to November.

The Executive Order on tackling the climate crisis outlines a road map for these alliances. The Biden Administration has committed to hosting a Leaders’ Climate Summit this April to raise ambition for COP26. The Executive Order also vocalizes the Administration’s goal of submitting the U.S.’s NDC in advance of this summit. Nonetheless, to advance climate diplomacy and ensure the success of COP26, the new Administration must go beyond mere statements and pledges. It must utilize tools of diplomacy to show that the United States is prepared to lead on climate action and take the rest of the world with it.

How we reach the Paris Agreement goals matters just as much as when we reach them. Funding for adaptation and resilience, and ensuring countries respect human rights obligations through the process, must not be lost in this race to zero. These pledges must be reinforced with tangible action, and the Biden Administration has a crucial role to play in uniting and mobilizing world leaders in fulfilling their international climate obligations. To make sure the planet is well-below 2°C warming by the end of the century, there is no room for apathy leading up to November.