At James W. Rubin’s memorial service on November 4, 2017, a vast network of friends and colleagues remembered him for his brilliant mind, relentless spirit, infectious sense of humor, and unwavering dedication to his family. The four of us consider ourselves fortunate to have worked closely with Jim at the U.S. Department of Justice in the Environment and Natural Resources Division (ENRD) and to be his friends. 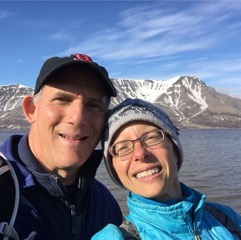 Jim was a stalwart environmental advocate who left an enduring mark on the field of international environmental law. For many years, he served as the Assistant Chief of ENRD’s Law and Policy Section and was a point person on a wide array of emerging and cutting-edge international environmental law issues that were being addressed in high-level interagency processes and the Clinton White House. Jim was wickedly smart and talked faster than anyone we had ever met. His energy was infectious, as was his resolve to never give up and to do the right thing. From Jim’s small perch in the Main Justice building at 10th and Pennsylvania, he looked across the globe, observing the newly developing norms in the fields of environmental law, public international law, and international trade and investment, as they interacted and sometimes collided. He had a vision for how these fields could work together for the common good, and he put all of himself into making it real. And he did so with kindness, a sense of humor, and respect for others. So, what did he do?

The 1990s ushered in a watershed decade for trade and environment. The United States, Canada, and Mexico entered into the North American Free Trade Agreement (NAFTA), which featured a groundbreaking environmental side agreement, the North American Agreement on Environmental Cooperation. The World Trade Organization began deciding several of its most significant environmental cases, which came to include challenges to U.S. rules on dolphin-safe tuna labels, reformulated gasoline, requirements for the use of turtle excluder devices on shrimp trawlers and European Union rules concerning asbestos. The U.S. Trade Representative opened an environment and natural resources office in Washington, D.C., and the world witnessed a series of headline-grabbing demonstrations as a diverse coalition of resisters lamented the perceived side effects of globalization and free trade. And, of course, the U.S. government was preparing for and actively participating in global negotiations on how to address climate change.

Jim was in the thick of it. He understood that the Department of Justice, as the nation’s environmental law firm, had an important role to play. And, he made sure that the Department had a seat at the table, domestically and abroad, in shaping U.S. policy positions and the approaches and rules that would emerge from international efforts to enhance not only the substantive disciplines of trade and environment, but also dispute resolution, capacity-building, and citizen participation.

In a 1999 article, Free Trade and the Environment: The NAFTA, the NAAEC, and Implications for the Future, which Jim co-authored, he recognized the paradigm shifts that were occurring before our eyes:

Recent history has witnessed increased efforts to spur economic development and to liberalize world trade by breaking down barriers to the free flow of goods, services and investments. At the same time, heightened awareness of the environmentally harmful effects of industrialization and other human activities has led to greater efforts to protect the global environment and to use natural resources in a sustainable manner.

“[I]n practice,” Jim recognized, the integration of these objectives would not be “easy to achieve.” Nevertheless, he dedicated his career to trying.

First, Jim played a major role in bringing attention to the potential influence of international investment agreements on environmental law. Free trade agreements and bilateral investment treaties to which the United States is a party contain a unique dispute mechanism—known as investor-state dispute settlement—that allows foreign investors to challenge government actions before ad hoc international arbitration panels. Jim played a key role in helping to defend the United States against an initial series of NAFTA claims by Canadian investors alleging that environmental regulations or decisions had “expropriated” their investments or denied them “fair and equitable treatment.” At a policy level, Jim exercised critical leadership in negotiating—both within the U.S. interagency community and with other countries—the text of several fundamental provisions that harmonize the customary international law standards applied by arbitral tribunals and U.S. Fifth Amendment takings law.

Second, Jim worked tirelessly to ensure that the provisions being negotiated in various trade agreements effectively implemented U.S. policy that free trade and environmental protection be mutually supportive. This included express commitments that U.S. trade partners not fail to effectively enforce their environmental laws or seek to lower their environmental standards in order to attract trade or investment, as well as provisions designed to ensure public access to decisionmaking on environmental issues and opportunities for public engagement. Jim also was a leader in the negotiation of environmental cooperation mechanisms that were included in the free trade packages to improve environmental protection, such as mechanisms for capacity-building with developing country partners.

Third, Jim played a major role in the development of the United States’ approach to addressing climate change. Jim spent one year as the Justice Department’s representative on the White House Climate Change Task Force and was a staunch advocate for ensuring that commitments were implementable and enforceable. He continued to work on climate change throughout his career, and Jim’s voice—including his recent role as a contributing opinion writer on climate and other environmental issues for the The Hill—will be sorely missed as governments at all levels, nongovernmental organizations, businesses, and the environmental bar seek ways to address what, as Jim constantly reminded us, is one of the most serious threats to humankind. 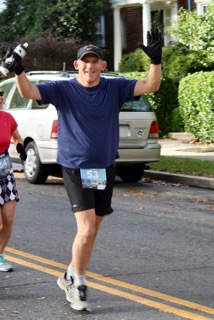 On a final note, Jim was enormously generous and kind-spirited. In addition to trying to save the planet, Jim was a really nice guy, a caring friend, and always willing to make time to help others and especially those in need. Busy as he was with work and as focused as he was on the wife and sons whom he adored, Jim dedicated himself to ensuring that the least-advantaged in his community had access to justice. Among his many pro bono activities, Jim served as a board member and held other key roles for more than a decade on the Washington Council of Lawyers, the public interest bar association for the District of Columbia. He was also actively involved with the Environmental Law Institute, be it moderating a seminar on NAFTA and the Keystone XL pipeline, teaching a master class on carbon markets, explaining energy law to new attorneys at ELI’s Boot Camps, or sharing his experiences with a younger generation of environmental professionals at ELI Summer School or at one of ELI’s happy hours. We cannot recall a single instance when Jim did not give selflessly of himself to help others. As his pro bono colleagues can attest, Jim was a wonderful lawyer, mentor, and public servant who was equal parts dedicated, down to earth, and funny. His mentorship saw no bounds, and he enhanced the lives of many people.

The environmental bar will miss Jim dearly. As will we. Our friend and colleague will forever live in our hearts.

The authors, Ignacia S. Moreno, Ethan G. Shenkman, Russell F. Smith III, and Tseming Yang, are all environmental lawyers who have served at high levels in the federal government, as partners in private law firms, corporate counsel at a Fortune 10 company, and/or professors at law schools. They all worked closely with James W. Rubin on international environmental issues in the Department of Justice’s Environment and Natural Resources Division during the mid-1990s to the early 2000s.