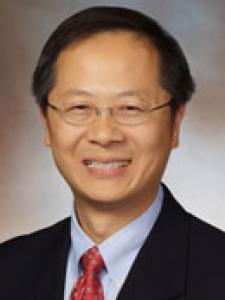 For more than two decades, Professor Tseming Yang’s work as an environmental lawyer, professor, and policy advocate has focused both on advancing understanding of the structure and role of the law with respect to the environment as well as how to ensure that effective implementation will contribute to the achievement of justice and sustainability.  In addition to his work on domestic environmental law and its intersection with civil rights and social justice considerations, his other areas of research and writing have focused on environmental law in international treaties and in the law and governance systems of other countries.

Immediately prior to joining the Santa Clara Law faculty in 2012, Professor Yang served in President Obama’s Administration as Deputy General Counsel of the US Environmental Protection Agency.  From 2007 to 2010, he led the establishment of the US-China Partnership for Environmental Law, a US AID and State Department-funded initiative to build China’s institutional capacity in environmental law and governance. Professor Yang started his career in environmental law as an attorney in the Environment and Natural Resources Division of the U.S. Department of Justice.

After receiving his bachelor’s degree in biochemistry from Harvard University, Professor Yang obtained his JD degree from the University of California at Berkeley. In 2009, he was honored by the American Bar Association as a Distinguished Environmental Advocate. In his spare time, he serves on the Board of Trustees of Earthjustice, the nation’s largest public interest environmental law firm, enjoys discussing books with his daughter Gwen-Zoe, and serves as his dog’s social secretary.  His musings and commentaries on contemporary developments in environmental law and policy can be found on his blog at citizenyang.com.