Industrial fisheries imperil sharks and rays. The populations of most species of sharks and rays are on the decline, and many populations are down to just 10 to 30 percent of their levels just a few decades ago. Although international agreements are in place to manage fisheries, restrict the trade of endangered species, and conserve migratory shark and ray populations, they have not been sufficiently effective in stopping the decline of many of these species. 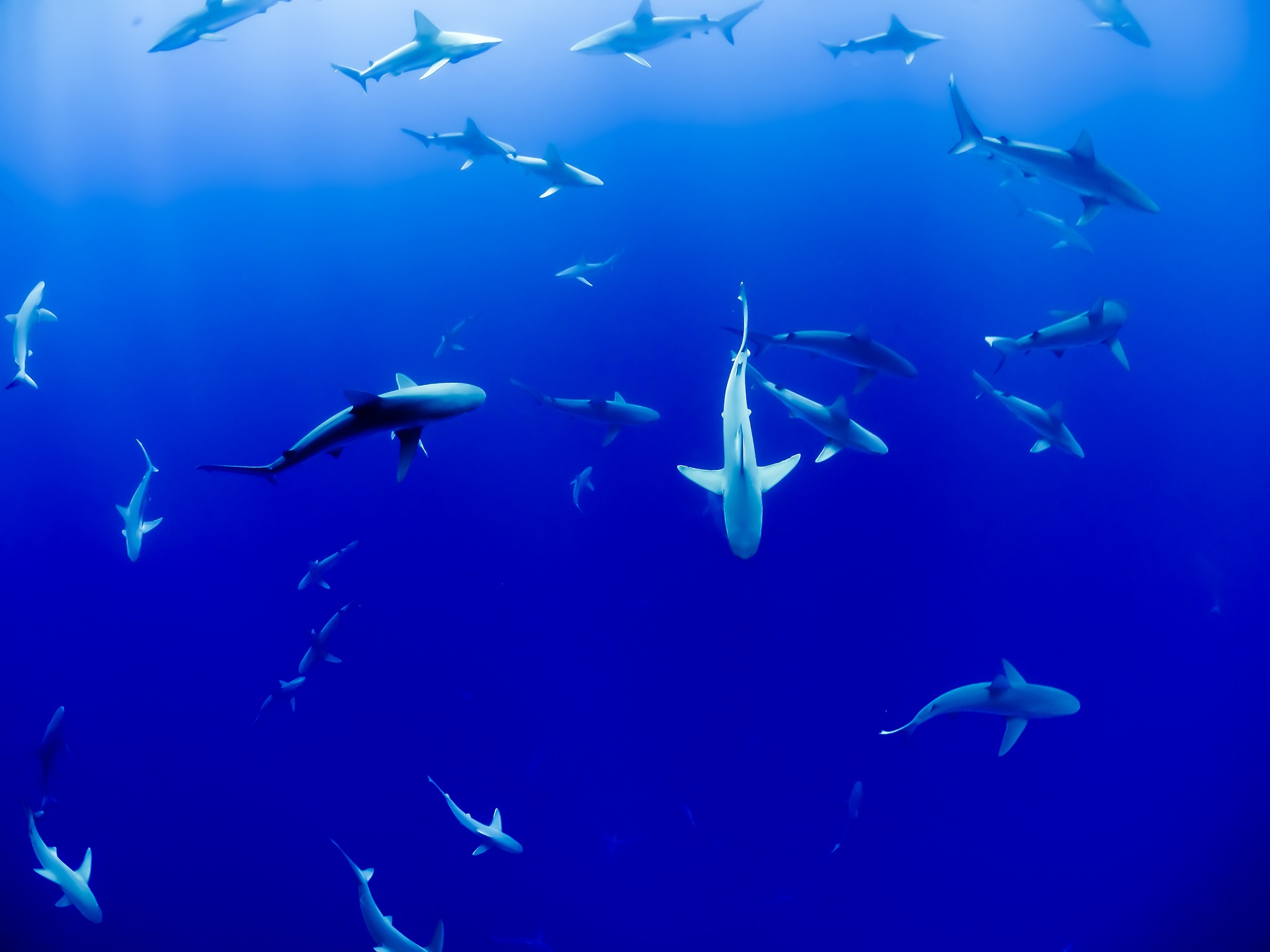 One challenge to regulation is that sharks are migratory—they cross national and international boundaries and occupy areas beyond national jurisdiction. For consistent and effective regulation, international bodies and their member nations must therefore coordinate their rules and efforts. Further, regulation is sectoral and the sectors involved, including fisheries, trade, and conservation, should also coordinate among themselves. In addition, parties to trade and conservation agreements should advance the objectives of those agreements in the context of fisheries management bodies.

An ocean area with a high occurrence of both industrial fisheries and sharks is the Western and Central Pacific Ocean. ELI produced a report addressing the relationship among three main international agreements to manage and conserve migratory sharks in this area—the Western and Central Pacific Fisheries Convention (WCPFC), the Convention on International Trade in Endangered Species (CITES), and the Convention on the Conservation of Migratory Wild Species (CMS) and its Memorandum of Understanding on Migratory Sharks (Sharks MOU).

The report found that while the agreements address key issues that include identification of endangered species, use of scientific data, legality of catch, bycatch, and area-based measures, gaps in regulation remain that inhibit the conservation of sharks and rays.

All three governance regimes also rely on scientific data for decisionmaking. The WCPFC’s mission is to manage and conserve species using scientific data, following the precautionary principle and on an ecosystem basis. Likewise, CITES, CMS, and the Sharks MOU make science-based listings of species. Conservation plans and Sharks MOU actions are also grounded in science. Under CITES, fisheries management must be sustainable in order to trade shark species in Appendix II.

Ensuring the legality of catch is essential; without such assurances, there is no way of knowing whether conservation and management regulations are being implemented. The WCPFC requires identifying species and reporting daily, although not individual, catch. It also requires landing sharks with fins attached, albeit with exceptions. Before trading CITES Appendix II species, authorities are to provide adequate documentation of legality. Under the Port State Measures Agreement (PSMA), vessels must show the legality of catch upon landing in the ports of parties, which can serve to reinforce CITES and WCPFC requirements.

In spite of these rules, much illegal, unreported, and unregulated (IUU) fishing takes place. In addition, ports of convenience exist that do not apply the requirements of the PSMA or the minimum port state requirements of the WCPFC, allowing illegal catch to be landed. Many vessels of parties do not consistently and correctly identify the individual species of catch. Transhipment provides many opportunities to hide species. The exceptions to the new fins-attached rule may undermine its effectiveness. Finally, neither CITES nor the WCPFC have established a catch documentation or traceability system for sharks. Thus, there is no requirement to track individual specimens to determine that they have been caught legally.

Bycatch in industrial fisheries is another major source of mortality for sharks and rays, even when the species are not retained. The WCPFC addresses the issue of bycatch through regulations on gear, limited seasonal spatial regulation of whale sharks, and prohibitions on retention as well as directed fishing of oceanic whitetip, silky, and whale sharks; and manta and mobulid rays. However, the WCPFC has not implemented some bycatch mitigation measures recommended by the Sharks MOU—nor has it set overall catch or effort limits for species to ensure sustainability, including any that take into account bycatch. In addition, the CITES prohibition on trade of Appendix I species does not affect bycatch mortality. As a result, current regulation and its enforcement has not prevented continued high bycatch levels and declines in many shark and ray populations. Depending on the species and fishery, up to 50 to 90 percent of discarded sharks do not survive bycatch.

Finally, the WCPFC, CMS, and Sharks MOU all authorize area-based measures to protect sharks and rays. The Advisory Committee at the Meeting of the Signatories to the MOU noted that such measures, in spite of limited scientific data, may be especially important where bycatch levels are high, other measures are not effective, and/or populations are declining. Research on interactions between fisheries and sharks is ongoing, providing additional new data on which to base interventions. The principles of adaptive management provide for changes in area restrictions as understanding improves. Because of ongoing significant bycatch mortality, the WCPFC should consider implementing area-based prohibitions on industrial fishing to protect shark populations more effectively.

International agreements that regulate fisheries, trade, and conservation all seek to conserve sharks and rays. In many cases, the regulations coincide with and complement each other. In other cases, gaps remain in sectoral approaches and effectiveness of regulation. Closing the gaps in regulation is a first step in better conservation of migratory sharks.