In 2017, almost eight percent of the American population was affected by natural disasters. Hurricanes Harvey, Irma, and Maria swept through Florida, Georgia, Texas, Puerto Rico, and the U.S. Virgin Islands, leading to billions of dollars of federal disaster assistance. The 2018 hurricane season was another year of devastating destruction, most recently seen in the aftermath of Hurricanes Florence and Michael in the Southeast, severely affecting the citizens of Alabama, Florida, Georgia, North Carolina, South Carolina, and Virginia. With climate change likely to amplify the impacts of hurricanes, hurricane season will continue to strain communities, infrastructure, and federal disaster programs into the future.

In the wake of the past two years of devastating hurricanes, fires, and other natural disasters, Congress has worked to reform the federal government’s involvement in disaster preparation and response. On October 5, President Donald Trump signed H.R. 302, the FAA Reauthorization Act of 2018, which contains the Disaster Recovery Reform Act (DRRA). Originally introduced as H.R. 4460 in November 2017, the DRRA touches on a range of disaster-related issues, including wildfire prevention and mitigation, evacuation routes guidance, duplication of benefits waivers, rebuilding codes and standards, and increased reimbursement rates for state disaster recovery.

One of the key provisions of the DRRA is the authorization of the National Public Infrastructure Predisaster Hazard Mitigation Grant Program. The program funds resilience-focused public infrastructure projects by setting aside an amount equal to 6% of the total amount allocated for certain categories of disaster assistance grants. Such disaster mitigation is well worth the investment. In 2017, the National Institute of Building Standards Multihazard Mitigation Council found that for every dollar spent in federal mitigation grants, the government saves six dollars further down the line. So, increased investment in pre-disaster mitigation (PDM) undoubtedly reduces disaster relief and response costs later. 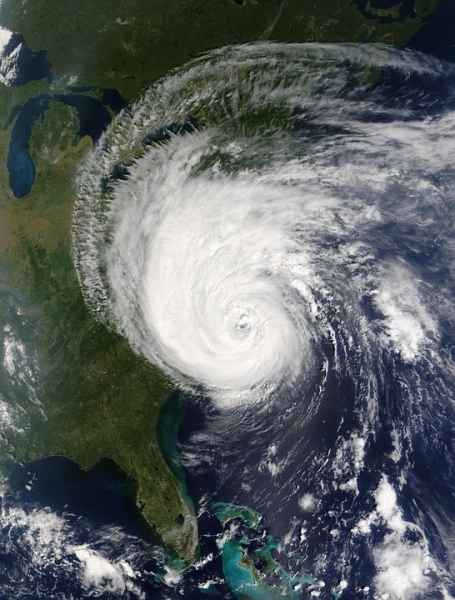 About $235 million was appropriated toward PDM grants in 2018, which is equivalent to approximately one percent of FEMA’s total budget authority for post-disaster response and recovery in 2018. While more than two-and-a-half times the $90 million available for PDM in both 2016 and 2017, the current funding level vastly understates the importance of PDM in preparing communities for extreme natural disasters. According to a Congressional Budget Office cost estimate for H.R. 4460, $120 million could be made available for PDM in 2019 through the DRRA’s new PDM program. The Pew Trusts, on the other hand, estimated that at least $650 million could be directed toward PDM under the 6% provision, which would represent a windfall for communities seeking to equip themselves for future disasters.

The enacted version of the DRRA is weaker in some ways than H.R. 4460, the bill initially introduced in 2017. H.R. 4460 proposed to change the Robert T. Stafford Act Disaster Relief and Emergency Assistance Act to establish a separate Treasury account, called the National Public Infrastructure Mitigation Fund, for the exclusive purpose of carrying out the section. The new law instead specifies only that the funds be “set aside.” The money transfer provisions were also stronger in H.R. 4460, as the bill set forth that “an additional amount equal to 6 percent of the estimated aggregate amount of grants” shall be deposited in the aforementioned fund. The same section of the enacted DRRA, in contrast, indicates that the amount may be used for PDM, which allows the executive branch discretion in determining whether and how much money should be allocated.

Nevertheless, the enacted DRRA represents an important step forward in helping communities prepare for disasters without decreasing funding for other disaster-related activities. The law prohibits reductions in funding available for seven categories of disaster relief grants and the hazard mitigation grant program, which means that the additional PDM funding will not come at the expense of important disaster response programs. Given that the DRRA could substantially increase PDM funding, the provision balances disaster mitigation, which will reap benefits over the long term, with disaster relief, which meets short-term needs of communities affected by disaster.

As much potential as the PDM provision of the DRRA has to bolster resilience, Congress recognizes that more must be done to ramp up national disaster preparedness in the United States. On the same day the DRRA was signed into law, Rep. Charlie Crist (D-Fla.) introduced H.R. 7037, the State Flood Mitigation Revolving Fund Act of 2018. If passed, the legislation would create a revolving fund to assist in reducing flood risk to decrease loss of life and property, flood insurance costs, and federal disaster payments. Also on October 5, Rep. Doug LaMalfa (R-Cal.) introduced H.R. 7042, the Combustion Avoidance Along Rural Roads (CARR) Act, which would waive time-consuming requirements under the National Environmental Policy Act and the Endangered Species Act for wildfire mitigation activities. As natural disasters increasingly affect the lives of Americans, members of Congress and their constituents are searching for innovative ways to prepare for extreme weather events and natural disasters, even if the strategies bring substantial trade offs.

The 2018 Atlantic hurricane season ends this Friday, but the work to strengthen communities and infrastructure is just beginning. Recent legislative advances and proposed legislation have the potential to help limit losses come next year’s hurricane season and beyond. Despite the progress to date, successful mitigation in the face of increased hazards from hurricanes and other natural disasters amplified by climate change will require continued and dynamic efforts on local, state, and federal levels.