The Deepwater Horizon exploded in the Gulf of Mexico more than 10 years ago. Yet hundreds of individuals across the Gulf coast are still battling BP in court for damages related to a host of ailments arising from exposure to oil, dispersants, or both. A recent order out of the Northern District of Florida (N.D. Fla.) granting BP’s summary judgment motion as to one set of plaintiffs may be a sign of things to come. Regardless of this ruling, the sheer volume of these cases may occupy dockets for months or years. 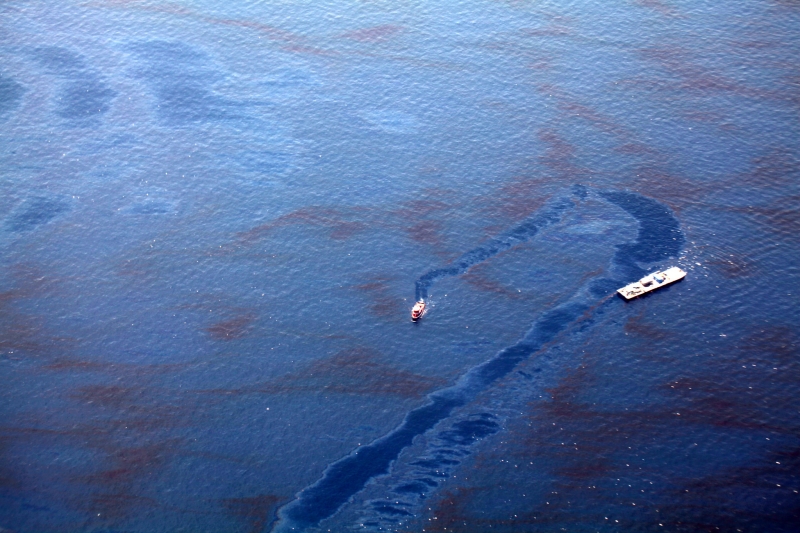 In the explosion’s aftermath, nearly 5 million barrels (over 200 million gallons) of spilled oil blanketed the Gulf, prompting widespread application of the toxic dispersant Corexit. Although the cleanup phase is over, the medical effects of the disaster are still being felt—and getting compensation has not been easy. While BP settled criminal and civil claims with the U.S. and the Gulf states for nearly 20 billion dollars, and paid billions more through an economic loss and medical injury class action claims process, anyone lacking a medical diagnosis of their condition before April 16, 2012 has been left to pursue individual lawsuits.

Under the terms of the 2012 settlement for medical injury claims, those with “later-manifested physical conditions,” such as cancer and other issues that may not display symptoms for years, were not eligible for settlement funds and would need to sue BP separately. That meant folks with chronic injuries that began shortly after the spill—including respiratory ailments, severe headaches, and sinus, skin, and vision problems—would qualify for settlement benefits since their symptoms were not “later-manifested.” At the time, BP agreed with this interpretation of the settlement terms.

But in 2014, BP and the settlement administrator, Garretson Resolution Group, changed their position on “later-manifested physical conditions.” Their updated interpretation now included those whose symptoms arose immediately after the spill but went undiagnosed, meaning they were precluded from receiving settlement funds. This argument was based on the language of the “later-manifested physical conditions” definition contained in the negotiated settlement agreement, which included the April 2012 deadline for a diagnosis. Eastern District of Louisiana (E.D. La.) Judge Carl Barbier, the primary judge responsible for overseeing all Deepwater Horizon-related litigation, agreed with the new interpretation.

The change effectively cut off relief through the class action settlement for thousands who had uncontroverted symptoms but failed to obtain a diagnosis by the required date. The reasons why some do not get a diagnosis, despite existing symptoms, are many. Taking time away from work can mean losing necessary income. People may also lack access to health care, have inadequate or nonexistent health insurance, or be unable to pay for costs associated with the necessary doctor visits.

Without recourse to the official settlement fund, those without timely diagnoses were left with two options: do nothing, or file individual lawsuits pursuant to a Back-End Litigation Option (BELO). Winning such a traditional tort action will be much more difficult than obtaining compensation through official settlement channels. Under the medical claims settlement agreement, these BELO plaintiffs will not be required to prove BP’s fault or their exposure to oil and/or dispersants, but they will need to show the amount, location, and timing of exposure that caused their illness.

The litigation is no longer confined to the E.D. La., which has served as the legal epicenter of Deepwater Horizon since the spill — instead, these cases are transferred to the claimant’s home district. In total, at least 2,000 BELO suits have been sent to various federal courts across the Gulf. Each district has crafted its own procedure to address the large number of cases, and some courts have already dispensed with a large percentage of their BELO caseload.

For example, more than 600 of the 614 cases transferred to the Southern District of Mississippi have been dismissed voluntarily or on other procedural grounds. However, more than 500 of the 520 transferred suits are still pending in Florida’s Northern District. While current trends suggest many of these cases will be dismissed eventually, some may require extensive trial preparation, and potentially full jury trials. And the ultimate outcome of this new wave of BELO lawsuits remains uncertain.

Courts with hundreds of BELO suits have attempted to streamline how they are handled, sometimes switching course partway through the process. For example, the N.D. Fla. initially separated plaintiffs into trial pools, with each pool containing a random selection of plaintiffs who have experienced a certain set of physical conditions and symptoms. The plan was to proceed with one pool at a time while staying the rest of the BELO cases. After hearing from expert witnesses, the court resolved the first plaintiff pool by granting summary judgment for BP.

When objections were raised to the second pool groupings, the court decided to stay all cases except for a single test case drawn from the second pool, a beach worker with an ocular condition. Then, in a significant departure from the existing process, and citing the frequency of dismissals in other districts, the court lifted the stay on every BELO case. The decision means all pending cases in N.D. Fla. will now go forward without reference to a particular pool, and according to a scheduling order that will govern all remaining cases.

Generally, there are two probable outcomes to this new wave of lawsuits: either each individual case settles or is dismissed before reaching a judgment, or one particular case will proceed through trial and judgment, becoming a “test case” that will set a precedent or provide a road map for similar cases. So far, the parties have avoided any major precedent-setting judgments that might precipitate a more expeditious resolution of the pending BELO actions. Absent that ruling, these cases may be destined to slowly percolate through the federal courts for months or years to come.