Around 40% of people in the United States live on the coast. This means over 127 million people live in regions where the future of public health and safety, housing and job security, and environmental stability is threatened by coastal impacts of climate change. According to the U.S. Global Change’s Fourth National Climate Assessment, coastal cities will likely face a number of climate-related challenges before the end of the century, including sea-level rise, which would threaten property and infrastructure, degrade important ecological systems, and exacerbate social inequalities. 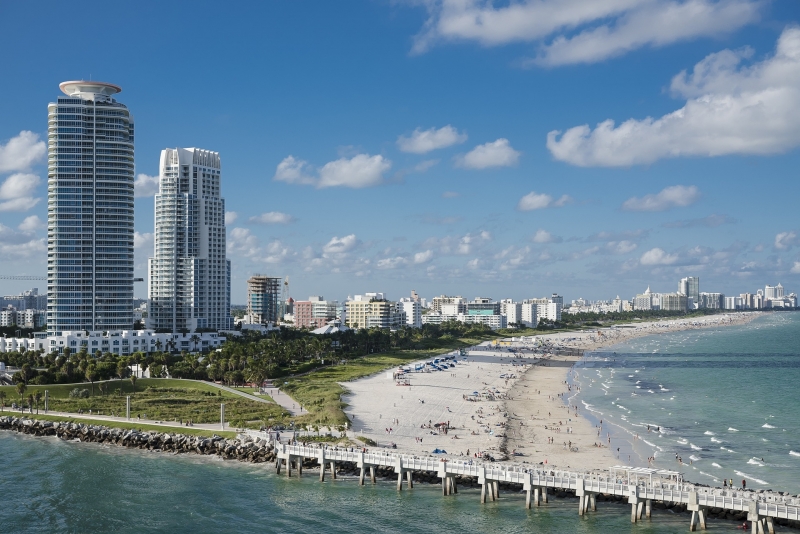 Climate adaptation, or the adjustment to human or ecological systems in response to expected or experienced impacts of a changing climate, has the potential to equitably protect coastal communities from these threats. Although mitigation policies may reduce the severity of anthropogenic climate change, adaptation will be necessary regardless of future emissions scenarios. In its most effective form, climate adaptation policy must be complementary to mitigation strategies. For example, a complementary policy framework would invest in solar or wind energy to mitigate climate change, while also investing in community flood protection to enable adaptation. The best example of a policy that both mitigates and adapts to climate change is the preservation of coastal wetlands or “nature-based infrastructure” that both absorbs atmospheric carbon dioxide and acts as a first line of defense against flooding and erosion.

The first priority of the federal government should be to directly provide public resources to different high-risk regions and cities. These resources should include data, such as flood maps developed by the Federal Emergency Management Agency (FEMA), additional funding, education, and guidelines for monitoring and evaluation.

The Joseph Biden Administration has already demonstrated its commitment to climate adaptation in its recent Executive Order on Tackling the Climate Crisis at Home and Abroad. The heads of each federal agency are now required to submit draft action plans for agencies to begin implementing climate adaptive policy. After the action plans are approved, agencies must also submit annual progress reports detailing the status of all new adaptation-related changes. To assist state, local, tribal, and territorial stakeholders, a number of federal agencies will work together to improve access to climate-related information for climate planning and resilience activities at all levels of governance.

Moving forward, the Biden Administration should focus on bolstering state and local climate adaptation through more federal funding and grant opportunities for coastal cities. Financial support for adaptation through project grants from federal agencies like the U.S. Department of Defense could equip local stakeholders with the funding necessary to create proactive, as well as sufficiently reactive, climate adaptation pilot projects. All federal agencies will be impacted by climate change, so grant opportunities for adaptation should be available all across the federal government as well.

Long-term federal objectives should also focus on instituting funding for urban adaptation that will persist through multiple election cycles. Federal policy that calls for adaptive action plans should be flexible, meaning that the federal government’s work can persist no matter the given emissions scenario.

The federal government must also expand public awareness campaigns that strengthen community support for adaptation, which in itself addresses institutional and informational barriers all in one. Communicating the dangers of climate change and the importance of adaptation will also be essential to facilitating local adaptation legislation.

Equity and environmental justice must be central to every decision related to adaptation. Climate change and rising sea levels will undoubtedly harm society’s most vulnerable groups. Every pilot project should have a justice angle that addresses how the adaptive infrastructure, community campaign, or local policy will uplift communities on the front lines of climate change.

Finally, flexible federal policy should encourage federal agencies, as well as state and local governments, to adopt climate adaptation plans that can be continually monitored, evaluated, and reformed in the long term. There are currently no widely accepted evaluation metrics for climate adaptation. The federal government could adopt a monitoring and evaluation framework in U.S. coastal cities to ensure justice and equity, flexible capacity, and effectiveness in shielding communities from adverse impacts of climate change.