This is the second of a two-part series of blog articles discussing CERCLA and environmental justice. Read Part I here.

The hazardous chemicals that are associated with Superfund sites often contaminate groundwater and soil. More importantly—and devastatingly—for surrounding communities, more than one-half of the 30 hazardous substances most commonly found at these sites are known or suspected human carcinogens. Nearly all are associated with a variety of other damaging health effects on the liver, kidneys, and reproductive systems. A 2011 study found that proximity to a Superfund site during pregnancy is associated with a 20-25 percent increase in rates of congenital anomalies.

Just what is the extent of the resulting human cost? Nearly one-half the U.S. population lives within 10 miles of a federal Superfund site. Despite the fact that low-income communities and communities of color are more likely to live within this fallout zone, sites located in these very areas—like South Seattle residents living on the LDW—are less likely to be listed on the NPL in the first place. Even when they are listed, it takes 12-42 percent longer for remediation to begin compared to wealthier, whiter communities.

Even EPA recognizes CERCLA is an ineffective tool for prioritizing the communities most impacted by Superfund sites. In 2021, the Agency released a memorandum entitled, “Strengthening Environmental Justice Through Cleanup Enforcement Actions.” The memorandum lists recommendations for how the Office of Enforcement and Compliance Assurance’s enforcement tools may be used to alleviate harms faced by communities overburdened by pollution. Among multiple recommendations, the report proposes expediting cleanups by both issuing injunctions ordering responsible entities to take action and limiting negotiation periods with potentially responsible parties. Another recommendation is requiring parties to regularly publish updated schedules of compliance obligations so that the community can be informed and provide input on the rate and quality of progress.

Although these would be tentative steps in the right direction—if implemented, as these measures are only recommendations—the memorandum still fails to recognize the delays caused by EPA’s own review and approval practices. The case of the LDW demonstrates the cumulative impact of these lags. Each major assessment or plan produced by the potentially responsible parties was followed by one to two years of EPA review before the cleanup could progress to the next step. Ultimately, EPA’s final Record of Decision explaining the full LDW remediation plan was released in 2014, 13 years after it was first declared a Superfund site. 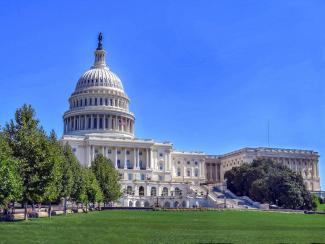 Congress should review Superfund program protocols to cut down on processing time and prioritize overburdened communities. The latter could be accomplished by updating the Hazardous Ranking System, which determines whether sites make it onto the NPL, to give additional weight to environmental justice communities. Also crucial is ensuring a more prominent role for the impacted community itself, creating a three-party system of accountability between the regulator, the regulated, and the public. This could take the form of a citizen oversight committee that meets regularly to review cleanup progress and inform regulators and responsible parties of the impact of cleanup activities on affected communities. The LDW cleanup saga illustrates how community interests can be neglected in favor of more powerful cleanup stakeholders without safeguards in place. In order to give proper access and weight to impacted communities’ concerns, Congress should also consider establishing more easily accessible channels for communities to challenge the cleanup’s pace of action throughout the process. These moves would align with the Joe Biden Administration’s push for greater climate and environmental justice, and enable EPA to meet its Justice40 targets by channeling funds toward historically underserved communities.

Recent Successes and Next Steps

The Infrastructure Investment and Jobs Act, signed into law on November 15, 2021, will infuse $3.5 billion into Superfund cleanup over the next decade by reviving the excise tax on 42 chemicals associated with the worst hazardous waste offenders. In its current form, the tax rate per ton of chemicals is doubled and lower concentrations of the listed chemicals are eligible for taxation. Set to begin in 2023 and expire in 2031, the tax will be indexed to inflation and notably does not target domestic crude oil and petroleum imports like the original 1980 version.

Yet, this does not address the long-standing, disproportionate exposure of communities of color and low-income communities to hazardous waste. Past experience has revealed that lack of integration of environmental justice priorities in EPA protocols and inadequate, inconsistent funding greatly diminishes Superfund’s capacity to achieve more equitable and healthy landscapes and communities. Congress should now look to amending CERCLA to better serve the goals of environmental justice. For all of its delays and renegotiations, the LDW Superfund cleanup has still allowed South Seattleites to realize a future where chronic disease has less of a hold on their communities and fishing the local river can safely feed families. Lawmakers must work to ensure similar improvements for overburdened communities across the country.