Cleaning Up the Duwamish River: Leveraging CERCLA for Environmental Justice (Part I)

This is the first of a two-part series of blog articles discussing CERCLA and environmental justice. Read Part II here. 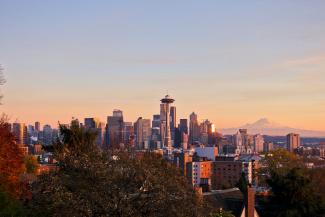 2022 marks twenty-one years since the Lower Duwamish Waterway (LDW) was designated a Superfund site. The five-mile Duwamish River is Seattle’s only river, and flows through the city’s industrial corridor into Elliot Bay, bringing with it accumulated contamination from sources ranging from untreated sewage overflows to nearby aerospace manufacturing plants.

By the time the severity of the river’s contamination got on EPA’s radar, the surrounding communities had been exposed to compounds like polychlorinated biphenyls (PCBs), arsenic, and carcinogens for decades. Poverty rates in these communities, including Georgetown, South Park, and Beacon Hill, are almost twice as high as the greater King County; they are also home to large numbers of immigrants from Latin America and Vietnam. Neighborhoods surrounding the LDW display disproportionately high rates of chronic health conditions and cancer. South Park and Georgetown residents experience the lowest life expectancy in the city, eight years below the city-wide average of 81 years. Unsurprisingly, the Duwamish River Community Coalition (DRCC), a local advocacy organization, has recognized these communities as an environmental justice hotspot since 2010.

Meanwhile, the Superfund cleanup drags on.

The decades-long cleanup effort by EPA has made a significant impact on pollution levels. By the end of 2015, 50 percent of PCB contamination in the river bottom was removed. However, many residents remain unsatisfied and frustrated with the rate of progress. Since 2003, the DRCC has continuously monitored the state of the cleanup. Among other actions, the organization has reported to EPA environmental regulation violations by cleanup operators and carried out independent research supporting stronger cleanup standards. In contrast, the responsible parties, including Boeing and the Port of Seattle, have argued that existing goals are overly ambitious and the target contaminant limits too strict—sometimes with success. To the Seattleites living on the shores of the LDW, the decades-long Superfund cleanup has been both an overdue improvement to their environment and a never-ending headache.

“Superfund” is the informal name for the Comprehensive Environmental Response, Compensation, and Liability Act (CERCLA). Congress, in enacting the original law in 1980, authorized EPA to respond to releases or threatened releases of hazardous substances that may threaten human health or the environment by cleaning up the site or compelling potentially responsible parties to carry out the cleanup through administrative or judicial proceedings. EPA identifies sites through an often lengthy process of petitioning, site sampling, and ranking by risk. Only 5-10 percent of sites make the final cut to be added to the Superfund National Priority List (NPL). Once included, a site is eligible to be investigated and cleaned up under the Superfund program. There are currently about 1,200 sites listed on the NPL, with new sites proposed each year and an average cleanup duration of over nine years.

CERCLA intended to make use of the “polluter-pays” principle, where the parties responsible for the pollution are required to clean it up. Alternately, EPA may oversee the cleanup and hold the responsible parties strictly liable for the costs. In cases where the responsible party cannot pay, CERCLA anticipated EPA would perform the cleanup using the Superfund trust, which is funded by a tax on industries considered responsible for the worst toxic pollution. However, Congress allowed the tax on petroleum products to expire in 1995, and only recently authorized it. During this time, taxpayers were on the hook instead. In the case of the LDW cleanup, contamination was traced back to more than 100 potentially responsible parties, including Boeing, King County, the City of Seattle, and Port of Seattle, which have been compelled to fund the 342 million-dollar effort.

Part II will discuss the disproportionate exposure of communities of color and low-income communities to hazardous waste, and how to redress this environmental injustice.