Carbon, Capture, and Storage: History, Current State, and Obstacles for the Future (Part 1)

Avoiding the worst effects of climate change—including drought, food insecurity and unprecedented migration—means limiting global temperature rise to 2°C (the Paris Agreement sets a more ambitious 1.5°C goal). A number of technologies are being pursued to help solve the climate crisis including carbon capture and storage (CCS). But according to the International Energy Agency, this requires a tenfold increase in CCS capacity by 2025.

But what, exactly is CCS?

Just as scrubbers remove air pollutants from emissions, CCS separates carbon dioxide from other gases. Carbon dioxide capture technology has been used since the 1920s to separate marketable gases from the rest. More recently, investment in CCS is being driven by the oil and gas industries as well as cement, iron and steel, and chemical production industries in the push for decarbonization. Once it is separated from other gases, the carbon dioxide is then compressed, transported, and injected underground for permanent storage. About 90-100% of produced carbon dioxide can be captured in this manner.

Many are betting on CCS as a key to greenhouse gas emission reductions, since leveraging CCS is expected to achieve 14-19% of the reductions needed by 2050. The industrial sector in particular could benefit from this technology, since carbon emissions are currently an unavoidable part of many production processes like iron and cement making.

Experts say there is plenty of capacity for storing carbon extracted by CCS technology for at least a century. Further, potential storage sites are near most major point sources of carbon dioxide. There is also sufficient room for growth in this still-developing industry: installations could capture just 38.5 million metric tons of carbon dioxide per year in 2020, compared to a global figure of over 35 billion tons emitted annually.

Just who are the biggest players in CCS today?

The first large-scale CCS project designed for the purpose of negative net emissions began operating in Norway in 1996. Equinor (at the time Statoil) received tax credits from the Norwegian government for the stored carbon. There are currently 26 operating commercial CCS facilities and five more in construction. 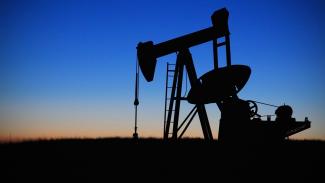 One of the most notable companies developing CCS projects is ExxonMobil, which operates the Shute Creek Gas Processing Plant, in Wyoming. Shute Creek is the largest CCS project in the world with a capacity of 7.7 million metric tons. Other companies at the front of the pack include Dakota Gasification Company and Shell. Oil companies in particular back these projects, since this technology can aid in oil recovery, a type of carbon, capture, utilization, and storage (CCUS). CCS also provides a place for oil in a more sustainable (in the medium-term) economy, by decreasing its carbon footprint. Oil and gas companies have even used state decarbonization goals to promote CCS adoption.

In 2019, oil and gas companies in the United States alone emitted about 340 million metric tons of carbon dioxide equivalent. Although carbon dioxide is not currently a criteria air pollutant under the Clean Air Act, EPA is considering adding it as a secondary national ambient air quality standard (NAAQS). The oil and gas industry is already getting ahead on the issue to manage regulatory risks, to improve public perception, and to meet increasingly high Environmental, Social, and Governance (ESG) expectations to have a positive impact on employees, customers, and communities.

Federally recognized Indian tribes, some of which now produce more than 3% of U.S. oil, are also turning to CCS. The Southern Ute Tribe, located in what is today southwestern Colorado, is developing a CCS project to make a 280-MW gas-fired power plant carbon-neutral. CCS projects may provide revenue to sovereign tribes while enhancing oil recovery and maintaining the value of oil reserves during decarbonization.

Is CCS a solution, or just kicking the problem down the road for a later generation?

Given its role in aiding the oil and gas industries, CCS could play a significant role in decarbonization. This aid generates questions of moral hazard, since it may encourage continued high carbon dioxide emissions and deter nations from whole-heartedly committing to renewable energy. This is perhaps one of the biggest counterarguments to focusing on CCS. Another counterargument is that storage capacity is only sufficient for one or two centuries’ worth of emissions. In contrast, renewable energy, which faces its own obstacles, can serve as a decarbonization and energy solution over the long term. However, one to two centuries is undeniably significant when it comes to the millions of people already on the frontlines of climate change and those that must transition to employment within a cleaner economy. CCS can function as a temporary “solution,” decreasing carbon intensity much like the use of natural gas rather than coal. Should the transition to renewable energy take longer than planned, CCS may help to avoid the worst of climate change.

Stay tuned for Part 2 of this two-part series to learn about obstacles to CCS implementation and how policy could overcome them. For more on CCS and regulation of the fossil fuel industry, check out ELI’s treatise on federal environmental law, Law of Environmental Protection—now featuring a new chapter on Oil and Gas.