Occidental Chair of Energy and Environmental Policy, University of Wyoming

The Inflation Reduction Act’s (IRA’s) increase of the 45Q tax credit has created a bonanza around carbon removal. Yet, the capture and injection of carbon dioxide (CO2) is old hat for the oil and gas industry, which has been injecting CO2 for enhanced recovery or disposing of it along with oil and gas wastes under Class II of the Underground Injection Control (UIC) program for decades. How can these companies use 45Q to its full potential? 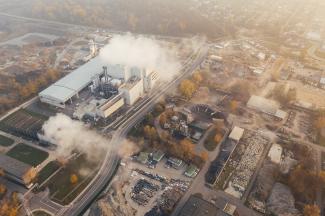 Carbon Capture and Storage (CCS) refers to the industrial process by which carbon is captured—either from point sources or through direct air capture—and injected underground for secure geologic storage. The most recent IPCC Sixth Assessment Report demonstrates that investments in energy efficiency and expanded use of renewable energy will not be enough to achieve the emissions reduction targets of the Paris Agreement. CCS will be fundamental to decarbonizing hard-to-abate sources of industrial emissions, producing low-carbon fuels, and lowering atmospheric levels of CO2 with carbon removal.

Congress has provided billions of dollars to support research and development related to CCS since at least 2009. While well-recognized as an emissions control technology, lack of opportunities to monetize carbon removal and offset the cost of capture means CCS has not achieved the scale necessary to meaningfully contribute to emissions reductions. That changed with passage of the Infrastructure Investment and Jobs Act and the IRA in 2022. Those statutes build upon prior efforts by providing billions of dollars in public funds for CCS demonstration projects and, significantly, making key changes to the 45Q tax credit for carbon sequestration.

The 45Q tax credit offers a prize for carbon removal to anyone who can claim it. If 45Q fulfills its potential, it could result in tens of millions of tonnes of storage per year. Although the 45Q tax credit has been in place since 2008, §13104 of the IRA addressed several issues that were holding back investment. Most notably, it increased the amount of the credit to $85 per ton for CO2 disposed into secure geologic storage and $60 per ton for CO2 utilized for Enhanced Oil Recovery or in a qualified manner.

The response was immediate. Project developers are clamouring to respond to U.S. Department of Energy Funding Opportunity Announcements, tie up injection rights, and secure injection permits. In response, states have moved forward with efforts to assume regulatory authority for carbon sequestration and secure primacy for Class VI injection wells.

The game is afoot! What are the rules?

Most carbon capture, utilization, and storage (CCUS) projects will be permitted according to Class VI of the Safe Drinking Water Act’s UIC program. Class VI includes stringent performance standards for site characterization, well construction, operation, and monitoring, reporting, and verification. Class VI also may limit the areas where carbon storage activities can occur. Class VI carbon injections cannot occur into underground sources of drinking water. While there is a process through which portions of aquifers that meet the criteria for underground sources of drinking water can be designated an exempted aquifer for Class II injections, new aquifer exemptions are not available for Class VI wells. This may limit the formations and areas in which saline geologic carbon storage can occur. Uncertainty associated with locating suitable injection formations and concerns related to EPA’s ability to efficiently process Class VI applications may slow deployment of CCUS technologies.

That’s where Class II wells could provide an alternative. CO2 injection is also permitted, and has been carried out for decades, for fluids associated with oil and gas. Although California recently enacted a statute prohibiting injection of captured CO2 for enhanced oil recovery (EOR), U.S. Treasury guidance published in 2021 indicates that depending on the situation, either Class VI or Class II can provide an “appropriate UIC well permit.” Class II injections include disposal of produced water and other wastes, injections for hydrocarbon storage, and injection of CO2 and water for EOR. Not only are permitting time frames quicker for Class II wells, but processes that allow a Class II applicant to request that certain aquifers (or portions thereof) be exempted from the definition of underground sources of drinking water in certain circumstances are not available to Class VI wells. Therefore, areas off-limits to Class VI injection may be available for injections under Class II.

What is the size of the prize?

45Q differentiates between CO2 injected for enhanced recovery and CO2 injected for geologic storage. The statute provides a lower credit for CO2 storage in Class II-enhanced oil or gas recovery wells. However, injectors of oil and gas wastes into Class II wells may be able to claim the higher 45Q credit for geologic storage of CO2. The IRS found in a 2021 revenue ruling that gas captured in an acid gas recovery unit at a methanol facility could be eligible for 45Q credits. Earlier, in 2019, EPA approved Exxon’s monitoring, reporting, and verification plan, submitted pursuant to 40 C.F.R. subpart RR for sequestration associated with its Class II acid gas injection wells. Class II therefore provides a limited pathway for injectors to claim the higher 45Q credit for injection of precombustion CO2 generated through oil and gas operations.

The extent to which the higher 45Q credit can be claimed through Class II injections will be intrinsically limited by the availability of qualified CO2 from oil and gas wastes. The Class II waste disposal permitting pathway depends on the origin of the CO2, meaning these facilities could not accept additional CO2 from other non-oil and gas waste point sources without converting or re-permitting as a Class VI facility.

Even if wells are constructed to Class VI standards, not all wells may be eligible for conversion. Class II-enhanced recovery wells can convert to Class VI wells by requesting an expansion to the areal extent of the Class II aquifer exemption. This permits a facility operator to transition to incremental storage operations that use the depleted oil and gas reservoir for geologic storage following the conclusion of oil and gas production activities. However, there is no equivalent pathway for extensions of Class II aquifer exemptions for waste disposal wells. Therefore, waste disposal wells could be converted only if the aquifer would not qualify as an underground source of drinking water without an exemption.

The Class II pathways under 45Q may provide important early wins in the effort to decarbonize the U.S. economy by lowering the carbon intensity of oil and gas production and supporting development of the carbon removal industry. In addition to its emissions reduction potential, injection of waste CO2 and dissolved CO2 in oil and gas fluid wastes may have important benefits for local air quality by reducing flaring, venting, or degassing. 45Q can credit the oil and gas industry for putting more CO2 below ground—and not in the atmosphere.

Tara Righetti authored portions of the Oil and Gas chapter in the latest edition of ELI’s Law of Environmental Protection. Learn more at: https://www.eli.org/law-environmental-protection.