Bouncing Back From Bonnet Carré: What Is Next for Impacted Fisheries?

The Gulf Coast region historically is known for producing more seafood than anywhere else in the continental U.S., both in volume and dollar value. However, since Hurricane Katrina in 2005 and the Deepwater Horizon oil spill in April 2010, fishing communities along the coast who depend upon healthy and vibrant marine habitats have experienced significant financial instability. Over the last decade, oil spills, hurricanes, red tides, and severe algal blooms have contributed to significant declines in Gulf of Mexico seafood landings and stock quality.

This past year, fishing communities in Mississippi have been particularly concerned about and impacted by the opening of the Bonnet Carré Spillway to avert flooding. Completed in 1931 by the U.S. Army Corps of Engineers and operated under the Flood Control Act of 1928, the spillway discharges up to 250,000 cubic feet of water per second (cfs) into Lake Pontchartrain and the Mississippi Sound. It is operated only when the Mississippi River flow volume exceeds 1.25 million cfs, relieving pressure on levees and protecting New Orleans and southern Louisiana communities. As a flood control structure, the Bonnet Carré spillway is operated differently and raises considerations separate from the land-building sediment diversions planned by the state of Louisiana—you can read about the key differences here. 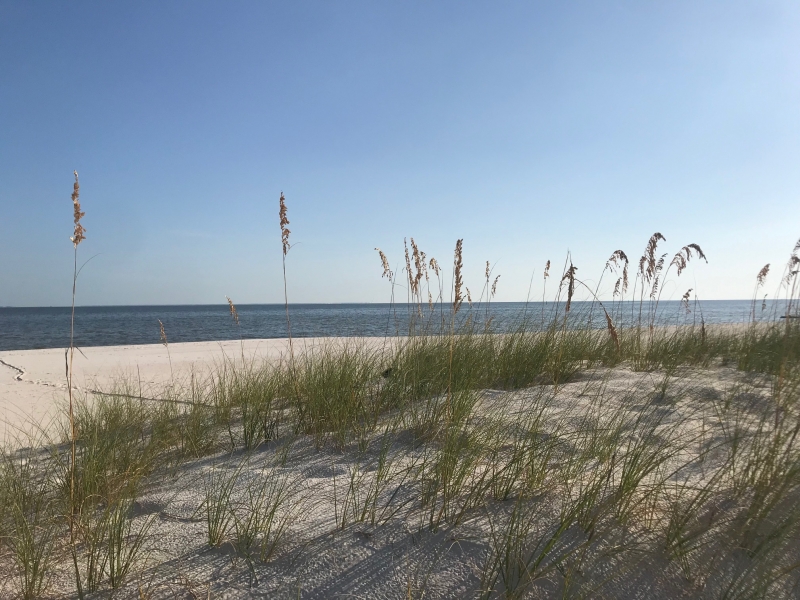 Since 1931, the spillway has only been opened 14 times, but four of those have occurred in the last four years. Moreover, the spillway was opened twice thus far in 2019 for a total of 123 days—unprecedented in one year—due to the heavy rainfall events in the Midwest this year. Opening the spillway releases millions of gallons of freshwater, including agricultural runoff from 1/3 of the continental United States, into Lake Pontchartrain and the Mississippi Sound. The environmental consequences have been dire for fishing communities dependent upon suitable harvesting habitats for oysters, shrimp, fish, and crab.

In addition to disruptions resulting from freshwater intrusion into a saline body of water, high volumes of nutrients from agricultural runoff upstream of the spillway have impacted the ecosystems of Mississippi Sound. Previous openings of Bonnet Carré have been associated with algal blooms due to the high volumes of nutrients and chemicals in water from upstream farming operations. Combined with warm waters, the excess nutrient supports a perfect breeding ground for cyanobacteria, limiting the oxygen intake of underwater fish and eventually creating a “dead zone.” These algal blooms are toxic to both humans and other animals, posing both an environmental and public health risk for those who spend much of their day by the coast. 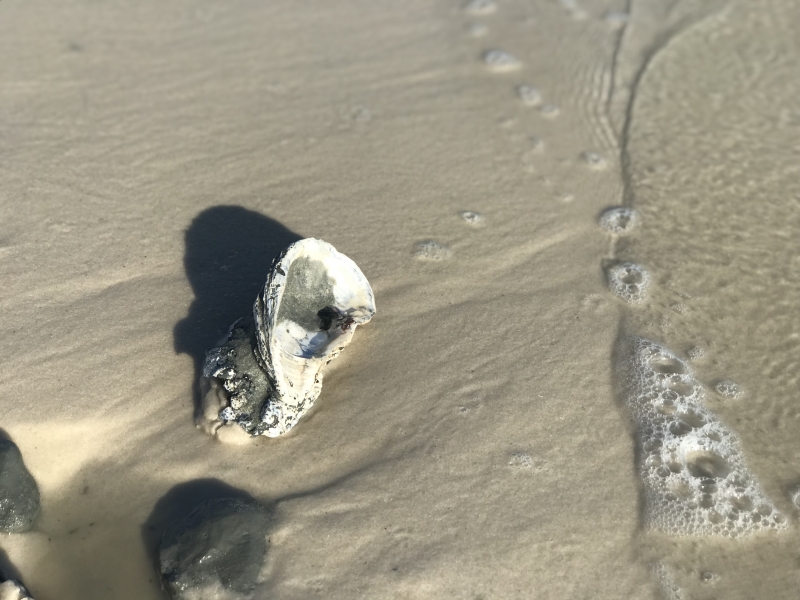 In June 2019, Mississippi Gov. Phil Bryant warned that the mortality rate of oysters and other marine resources in the Mississippi Sound was expected to increase over the summer. In September, the state Department of Marine Resources reported that 95% of oyster populations in the Sound were killed, closing oyster season for the remainder of the year. Recent studies found that shrimp landings are down by 60% and blue crab landings down by 40%. Some predictions say it will take at least 5 years for impacted fisheries to recover, and that is only if those years present perfect farming conditions.

Ryan Bradley, a fifth-generation commercial fisherman and director of Mississippi Commercial Fisheries United, Inc., believes that not only have the physical effects of freshwater intrusion and algal blooms been harmful to fishermen, reports of the blooms have perpetuated a negative perception of their seafood. Many have had to close their multi-generational family businesses, sell their boats, and find a different career. Some, such as Ryan, have been able to continue, but have had to diversify their seafood business and venture further out into the Gulf, further east into Alabama, or south into Louisiana to find suitable habitats for harvesting seafood. Even then, active fishermen have had trouble selling their seafood due to negative perceptions.

Ryan has been actively working on Capitol Hill to help provide financial relief to fishermen directly impacted by the Bonnet Carré. On September 25, Secretary of Commerce Wilbur Ross approved a disaster declaration for U.S. fishing communities, making fishing communities eligible for the $165 million funding pool of NOAA fisheries disaster assistance. Yet, even after this long-awaited declaration, Ryan emphasizes that the battle is not over—in the past, only about 15% of disaster funds have reached fishermen and others impacted, and can take an additional year to reach them.

Over the last several months, Ryan and others have been promoting Senate Bill 2346 (Fishery FUNDD Act), introduced by U.S. Sen. Roger Wicker (R-Miss.), chair of the Committee on Commerce, Science, and Transportation. The bill, presented in a committee hearing on September 25, aims to improve NOAA’s Fishery Resource Disaster Relief program of the National Marine Fisheries Service by streamlining disaster funds to those most impacted, as well as compressing the approval time line and capping administrative costs. Ryan is optimistic that the bill will receive bipartisan attention on Capitol Hill. ”However, we also anticipate another round of disaster relief appropriations will be necessary because the initial money that is available is not going to be enough to satisfy all the damages that we are facing, especially across all three states [Alabama, Louisiana, and Mississippi].” 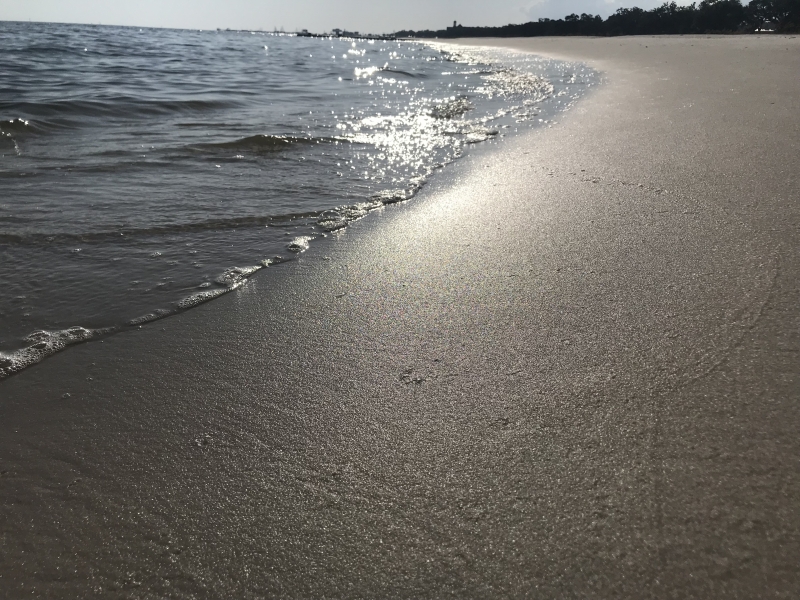 For the current disaster declaration allocation, Ryan aims to meet with the state governor, governor-elect, and agencies to develop a spending plan that will help those most impacted by Bonnet Carré and secure short-term funding. He has also encouraged affected fisheries to keep data on their losses and continue monitoring the situation to help fortify the potential damage relief. But a long-term solution is going to require participation across the country, he says. “Change is going to require more than just allocating dollars . . . it is going to require a national discussion about how our rivers, wetlands, urban areas, and farms are developed and managed.”

Gulf Coast fishing communities and ecosystems continue to be on the front line in the region. Moving forward from environmental impacts like the Deepwater Horizon oil spill or Bonnet Carré requires leadership and participation from fishermen like Ryan and his organization, and also support from local, state, and federal agencies to achieve a healthier and restored Gulf of Mexico.