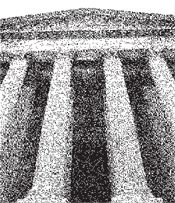 The Environmental Protection Agency’s Chesapeake Bay Program announced in December that almost 40 percent of the bay meets standards for oxygen, water clarity, and algae growth. Progress toward restoration is impressive, but getting the remaining 60 percent of the waters into alignment will be difficult.

In 2010, after years of halting restoration efforts, EPA established enforceable pollution limits for the Chesapeake — known as the Total Maximum Daily Load — covering nitrogen, phosphorus, and sediment pollution. The six bay states — Delaware, Maryland, New York, Pennsylvania, Virginia, and West Virginia — and the District of Columbia later released their plans to meet those limits by 2025. This ambitious Clean Water Blueprint survived a legal challenge, and in recent years federal, state, and local governments have pressed ahead with their plans to achieve pollution reductions.

As we reach the midway point for the 2025 deadline, it is clear that progress is being made across the watershed. Water quality and clarity have improved, the acreage of underwater bay grasses has increased, crab harvests are rebounding, and efforts to restore oyster populations are accelerating. Just as important, an outdoor recreational economy (exclusive of recreational fishing) is valued at as much as a quarter billion dollars per year and is growing.

But despite recent progress, most notably in reducing pollution from wastewater treatment plants, significant challenges remain across the watershed in meeting nonpoint source pollution reductions from agriculture and urban and suburban runoff whose controls are more difficult.

This Debate in Print occurs as there is a standoff in Washington about future funding for bay restoration, a minor item in the struggle to pass a measure funding the government. The Trump administration has proposed dramatic funding cuts for the Chesapeake Bay Program and other federal initiatives that support restoration efforts. The House is considering less severe cuts, but so far the Senate recommends full funding. Without adequate federal funding, the initiative to save the bay is in jeopardy.

Recognizing the significant progress that has been made and the important challenges that remain, the Forum asks our panel for their views on what must happen in the years ahead if the goal of restoring the Chesapeake is to succeed.

THE DEBATE ❧ EPA’s Chesapeake Bay Program has produced impressive results. The bay states’ ambitious Clean Water Blueprint survived a legal challenge, and federal, state, and local governments have achieved impressive pollution reductions. But as the states ramp up their efforts, there is a standoff in Washington about funding. 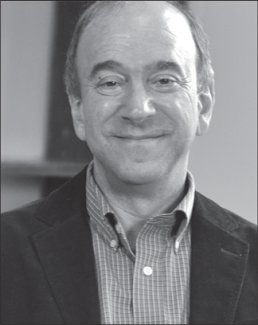 Before joining the Supreme Court, Neil Gorsuch made clear that he, like the justice he replaced, Antonin Scalia, believes in strict adherence to statutory text. According to Gorsuch, a judge’s personal policy preferences should play no role in statutory interpretation. And, going even further than Scalia, nominee Gorsuch admonished that judicial deference to agency construction of ambiguous statutory language under Chevron v. Natural Resources Defense Council amounts to an unconstitutional violation of separation of powers. An environmental case now pending before the Court on petition for a writ of certiorari, however, may well put Justice Gorsuch’s stated commitment to statutory text to the test.

At issue in the petition pending before the Court in New York vs. EPA is the validity of the agency’s so-called Water Transfer Rule, which provides that a movement from one navigable waterbody to an entirely distinct waterbody does not amount to an “addition of any pollutant to navigable waters” requiring a Clean Water Act Section 402 permit. Under this reading, EPA readily acknowledges, a person can discharge highly polluted water from one water body into a highly pristine separate water body without the need for a Section 402 permit.

The origins of EPA’s unitary waters theory can be found in an amicus brief filed by the solicitor general in the Supreme Court’s South Florida Water Management District vs. Miccosukee Tribe of Indians, decided in 2004. Relying on the notion that the Clean Water Act treated navigable waters as a unitary concept, the amicus brief argued for the first time that point sources that transfer water from one navigable waterbody to another distinct navigable waterbody do not require Section 402 permits even though the “point source . . . might be described as the ‘cause-in-fact’ of the release of pollutants into navigable waters.”

The reason for the solicitor general’s surprising filing at the time was clear. The federal government was concerned that a different rule might subject to Clean Water Act permitting requirements the routine transfers of water by federal agencies such as the Bureau of Reclamation or the U.S. Army Corps of Engineers between distinct bodies of navigable water. In this respect, the primary institutional motivation behind the interpretation appeared to derive from the concerns of those agencies rather than from EPA.

Both during the Miccosukee oral argument and in the opinion she wrote for the Court in the case, Justice Sandra Day O’Connor left little doubt of her skepticism of the validity of the solicitor general’s view. At oral argument, she described it as “an extreme position” that needed “a fall-back position,” generating courtroom laughter.

And in the opinion she went to great lengths to explain the many ways that such an interpretation could not be squared with the structure and operation of the Clean Water Act. The opinion emphasized in particular how the unitary waters theory conflicted with those parts of the statute that seek to protect “individual waterbodies as well as ‘waters of the United States’ as a whole.” The Court, however, declined ultimately to decide the issue because it had not been raised in or decided by the lower courts.

Notwithstanding the Miccosukee Court’s clear skepticism, EPA subsequently embraced the solicitor general’s unitary waters theory in a rulemaking that established the WTR, which exempts from Clean Water Act Section 402 permit requirements transfers of water (even if polluted) between distinct waterbodies. And, relying very heavily on Chevron deference, two federal courts of appeals have rejected challenges to EPA’s rule that argued that the rule cannot be squared with the act’s plain meaning and clear focus on individual waterbodies.

The state of New York’s pending petition in New York v. EPA asks the Supreme Court to review the issue. Should Gorsuch adhere to his view of both the conclusive role of statutory text and the impropriety of Chevron deference in judicial review of agency interpretation, there is good reason to expect he would support the WTR’s challengers on the merits. Yet, hailing from Colorado, where such water transfers are routine, the justice’s personal policy preferences are likely sympathetic to EPA’s contrary position.

How Justice Gorsuch votes on New York’s petition may well provide an early test of the strength of the justice’s stated convictions.

Justice Gorsuch faces a case where neither choice is entirely satisfactory.

(Washington, DC) — In coordination with the Environmental Law Institute (ELI), the Mid-Atlantic Regional Council on the Ocean (MARCO) has released A Guide to State Management of Offshore Wind Energy in the Mid-Atlantic Region. The guide provides an overview of the issues affecting offshore wind energy projects in the region and identifies the basic elements of state authority to address resource concerns and competing uses such as navigation and fishing.