New Book Calls for Constitutional Right to a Healthy Planet

(Washington, D.C.) — More than 50 years ago, Franklin L. Kury, newly elected to Pennsylvania’s House of Representatives, drafted and championed an Environmental Rights Amendment to the Pennsylvania Constitution. The amendment was enacted on Earth Day 1970 and ratified by Pennsylvania’s voters one year later. Forward-looking states like Hawaii and Montana followed suit, enacting strong environmental protections in their own state constitutions. But climate change has since become the overriding threat to the environment of the planet. In The Constitutional Question to Save the Planet: The Peoples’ Right to a Healthy Environment, Franklin Kury expands his story to demonstrate how such measures can be the basis for addressing climate change in the rest of the world. 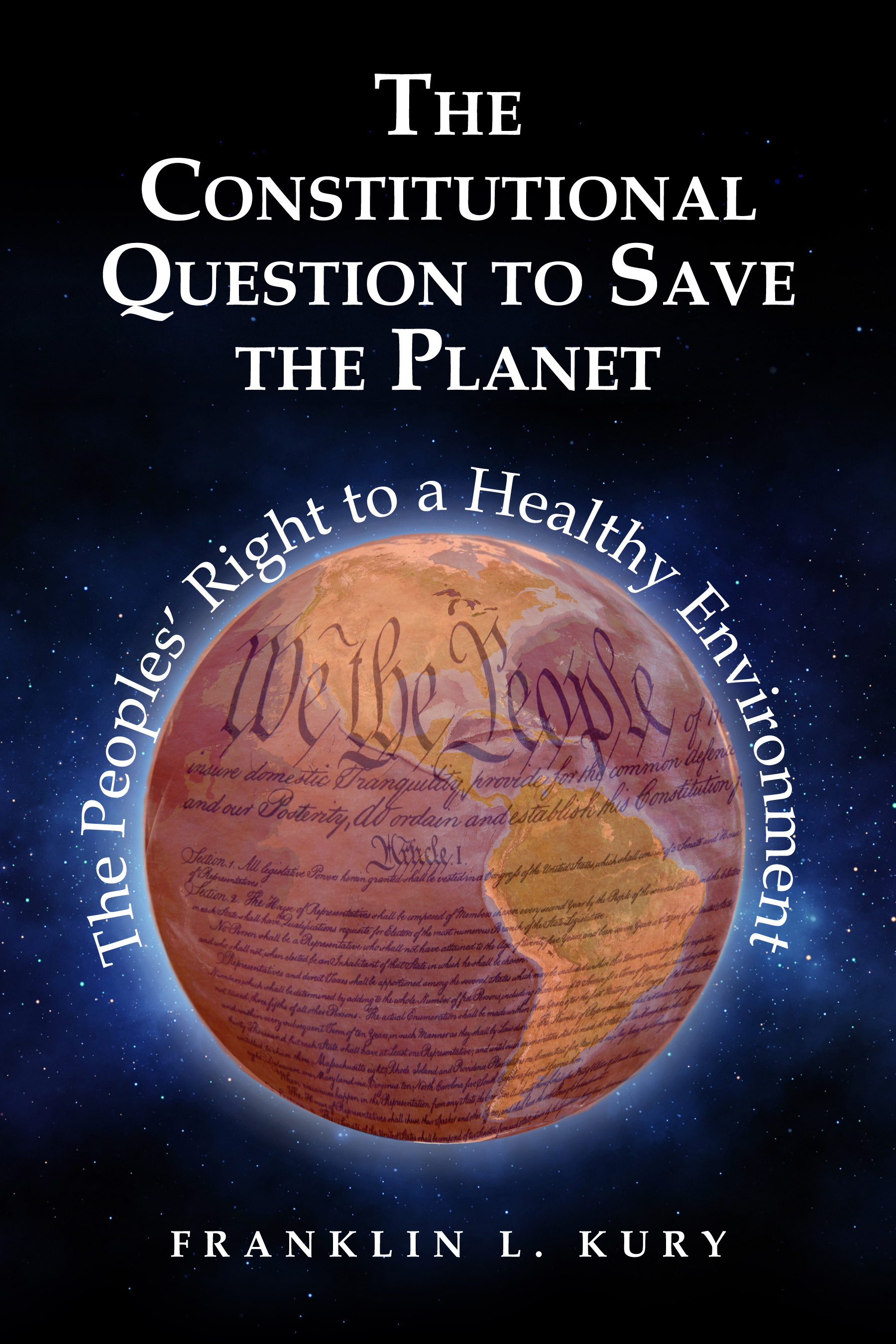 “Climate change is a grave and imminent threat to life in the United States and the world. There are numerous proposals to stop it—from President Biden, Bill Gates, and others. But these proposals have a glaring omission—they fail to provide constitutional protection to the right to a healthy environment as a fundamental human right,” stated Kury. “My book fills this omission by providing the needed constitutional provision. After all, what good are fundamental rights like freedom of speech and religion if people are suffering from climate change? My book calls for an amendment to the U.S. Constitution that gives permanence to the right to a healthy environment and places on government the obligation to secure it,” Kury added. “Equally important, this amendment would give people the right to seek judicial enforcement of that right if and when the government fails to protect it.”

Kury’s story humbly begins when Basse Beck, the manager of a local newspaper and radio station and staunch advocate for the environment, walks into Kury’s law office. From there, Kury quickly finds himself in the world of politics where he is a driving force behind Pennsylvania’s environmental revolution. Recognizing that his story cannot be told in the isolation of Pennsylvania politics, Kury gives readers an appreciation for the various forces in American history that led up to his environmental victory. The story closes with a call for the federal government’s leadership to seek a national environmental rights amendment to the U.S. Constitution and a treaty to expand its reach to the international community.

In his preface to the book, Tom Udall, U.S. Senator of New Mexico (2009-2021), writes, “Even now, as we face the existential crisis of climate change, . . . Congress has yet to pass legislation that truly takes on this threat. But it is an existential threat we face. And it’s with this threat in mind that Franklin now presses for an environmental amendment to the U.S. Constitution, the same type of amendment he pushed through in Pennsylvania, to protect our nation’s natural resources—our lands, waters, air, fish, and wildlife.”

Christine Todd Whitman, Governor of New Jersey (1994-2001) and U.S. Environmental Protection Agency Administrator (2001-2003), also praised the book, commenting, “Pennsylvania’s environmentalists, lawyers, and policymakers will enjoy this first-hand account of how their state elevated a clean environment to a constitutional right. But many others will ponder what their own states might do, and perhaps even rally around the bold case Franklin Kury makes here for a federal constitutional amendment. That would be a hard slog, but now that our national government is rebuilding its environmental conscience, what better time to start the discussion?”