As we celebrate National Wetlands Month in May, one of the Washington State Department of Ecology’s best and brightest—and a longtime “hero” of Washington State’s wetlands—Lauren Driscoll has been recognized for her lifetime of wetlands program development work by ELI. 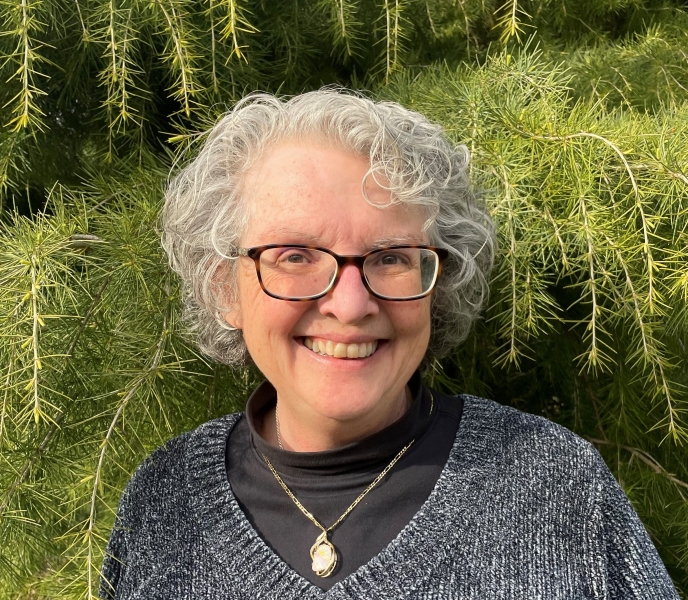 Lauren has worked for more than three decades as a stalwart defender of Washington’s soggiest spaces, including leading the development of Ecology’s wetlands program plan.

“I am humbled by the national award and honored by the attention,” Lauren said. “I have to give credit to Ecology’s outstanding wetlands team. The award also reflects their unflagging commitment, imaginative approaches, and professional devotion to protect and manage Washington’s wetlands. I feel fortunate to be able to support them in that important work.”

The Wasting Away of Washington’s Wetlands

In 1989, Washington State Gov. Booth Gardner signed an executive order recognizing a major environmental and economic issue: Washington’s wetlands were disappearing and doing so at an alarming rate. His order cited a 90% loss of wetlands in urban areas, ongoing statewide losses of 2,000 acres per year, and noted that 50% of all wetlands in the state had already been drained, dredged, or filled. Washington’s once plentiful wetlands, home to countless aquatic and terrestrial animals and plants, were in danger of disappearing altogether.

Two years before that executive order, a young college student was graduating from The Evergreen State College, ready to get her feet wet and her boots dirty. Lauren joined the U.S. Fish and Wildlife Service’s “Swampbuster” program, created to help stem the nationwide loss of wetlands due to agricultural uses—after all, wetland loss is not just a Washington problem.

As a young biologist, Lauren’s first job involved the difficult task of bridging the old ways of farming with a new national law, the 1988 Food Security Act, which in part protected wetlands in agricultural areas. As she described it, she was “going out to farmers and telling them what they could and could not do” in their fields. Lauren admits it was a bit of a shock for the old, experienced farmers she was working with to have a young woman telling them they could no longer simply plow over their wetlands.

With Governor Gardner’s “no net loss” wetlands order also in place, Washington state agencies were ordered to protect wetlands where they could, and mitigate their unavoidable loss when protection was not possible. But how was this all to be done? How do you replace a wetland, when they are all unique? With her first pair of boots already worn out, she got started working for the Washington State Department of Transportation (WSDOT), where she evaluated and assessed wetlands along transportation corridors throughout the state.

Recognizing the need to bring many voices to the table, while at WSDOT, Lauren allied with the Department of Ecology and the Building Industry Association of Washington to craft wetlands legislation. This bill granted Ecology the authority to regulate certain aspects of wetlands, and established a wetlands banking program.

In 1998, Lauren joined Ecology, where her first project was to draft the new “wetland banking” rule based on the legislation she had helped envision. Although wetlands banking projects had already begun at the Port of Everett’s Paine Field near Seattle, and with WSDOT as early as 1994, this new market-based conservation program sought to establish a competitive marketplace in which private developers and project officials would be able to purchase credits and establish new wetlands to replace those that were unavoidably lost.

As a child, Lauren’s parents helped instill a love of nature through frequent family camping trips. The wetlands she has worked to protect were a constant presence. As she recalls, “I didn’t think of the places we visited as ‘wetlands’—they were just cool places where I could find frogs.” With the optimism of a child, she stuck through the long process of making the wetland banking rule a reality. It was delayed several times—first in 2001 after the economy took a hit from 9/11, with the process only picking up again in 2004. The rule was finally implemented in 2009.

There are now 19 wetland mitigation banks in operation across the state, creating thousands of new acres of wetlands. Many of these new wetlands are still “banked” and maturing while awaiting projects with unavoidable wetland losses.

In 2005, Lauren became the Wetland Section Manager with Ecology. Since then, she has worked to implement new and innovative ways to protect wetlands, including the Voluntary Stewardship Program (VSP) established by the Washington Legislature in 2011. This program provided counties a way to voluntarily protect critical areas in agricultural lands by implementing best management practices and assessing losses and gains on a wetlands level. This approach grants the agricultural community the ability to voluntarily protect wetlands on a watershed basis, rather than a project-by-project regulatory approach.

When the Washington Legislature offered to let counties opt in to the VSP program, 27 of 39 counties did. These counties created work plans to protect critical wetland areas, with most plans approved in 2018. The VSP alleviates pressure between the agricultural community and local governments, and establishes a cooperative relationship to protect critical areas in agricultural landscapes.

And coincidently enough, the VSP also brings Lauren’s work full circle. Rather than being told what they can or can’t do by a spry young woman, farmers are now working as partners with local officials to protect Washington’s wetlands.

“For more than three decades, Lauren has dedicated her career to protect Washington’s wetlands. Her passion and commitment to saving and expanding these vital habitats is amazing and wonderful,” said Ecology Director Laura Watson. “I’m proud to say that thanks to Washington’s Wetlands Warrior, Lauren Driscoll, all of our children will also have the opportunity to camp next to those cool places where frogs and the forest meet.”