The U.S. Environmental Protection Agency’s Risk Management Program (RMP) rule has undergone notable changes in the past five years, resulting in modifications to significant aspects of the program that coincide with the past three presidential administrations. Promulgated under §112(r) of the Clean Air Act as part of the 1990 amendments, the program’s intent is to prevent releases of specific substances from covered chemical facilities and to minimize the adverse consequences of any such releases should they occur. It is a laudable goal that facility owners and operators, the public, and environmentalists share. The goal, however, is not the issue. How to get there is.

Evolution of the RMP Rule: From 2016 to Today 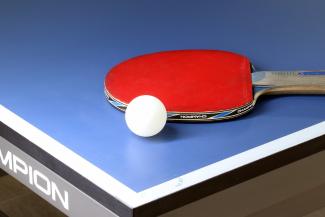 EPA released revisions to the RMP regulations on December 21, 2016, and published them in the Federal Register on January 13, 2017, in the last days of the Obama Administration. This version of the RMP introduced several novel requirements addressing third-party compliance audits, hazard analysis obligations, and information availability provisions. In 2019, under the Trump Administration, EPA promulgated a revised RMP rule, known as the Reconsideration Rule, which largely undid the new requirements of the 2017 rule.

Now, under the current Biden Administration, EPA is proposing another revised version of the RMP rule. Many of the elements from the 2017 rule have now returned, albeit with some variations. For example, the Safer Technology Alternatives Analysis requirement from the 2017 rule returns, but now its application is limited to facilities located within a mile of another RMP-regulated facility. Additionally, third-party audits may again be required but only for those facilities with multiple RMP-covered releases within a five-year period or for those located within one mile of a covered stationary source.

The larger question asks: is this kind of fluctuation normal or healthy for the regulated community and the country as a whole? As someone reminded me the other day, I am not too far away from being able to say that I have practiced environmental law for 30 years. People often cite environmental law as one legal specialty with a lot of regulatory changes. I expect most practitioners of any type of law could say the same about their areas, and maybe we should look to our tax law colleagues for solace! Nonetheless, I have a hard time coming up with another environmental regulatory program that has fluctuated with the political wind this much in such a short period of time. Pronouncements regarding what constitutes “waters of the United States” may occupy a similar status, but there is enough change here for us to ask whether this is anything more than a political issue.

Let’s trace one regulatory requirement—public access to information—through these three rulemakings to illustrate the debate. The positions are easy to understand. Proponents of chemical facilities sharing more information about their operations want communities to know about potential hazards around them, with the goal of making these facilities safer. The converse position is that detailed knowledge of chemical processes and their constituents create easier targets for terrorists and others with ill intent. One can see merit in both positions. In evaluating these positions, is important to recognize EPA and the U.S. Department of Justice rules limit public access to some facility RMP information—potential off-site impact analyses—because of security concerns related to terrorist and other activities.

The 2017 rule added new provisions to the RMP, making chemical hazard information for all regulated processes, including the names of regulated substances, their Safety Data Sheets, the facility’s history of RMP accidental releases over the past five years, and emergency response information available to any member of the public upon request. The rule required facility owners and operators to provide notification of the availability of such information on a company website, social media platforms, or other publicly accessible means. The 2019 Reconsideration Rule removed these information availability provisions, largely on the grounds that they were not aligned with security concerns. Now, EPA is proposing to restore these provisions but to make this information available only to community members living within six miles of the facility.

I am left pondering whether this restriction makes sense in this age of the internet and social media—how soon until this information ends up on Nextdoor? And is this a meaningful difference from the 2017 requirements? Without opining on whether it is sensible to make this information publicly available, we can ask whether the provision offered in the 2022 proposed rule will result in any practical difference between the requirements of the 2017 rule.

Time to Declare “Game Over”

The most important question is, however, whether making major substantive changes to the RMP rule every few years to rescind and restore similar provisions, and the resulting litigation, distract owners and operators of chemical facilities from what is most important—keeping their facilities safe.