We Must Accelerate Technology’s Drive Toward Greening the Transportation Sector

Railways, public transit, motor vehicles, airplanes, marine vessels, cycling, walking, and their supporting infrastructures are all part of a comprehensive connected transportation network that is a key driver of economic growth and opportunity. But the transportation sector also now accounts for approximately 28% of all greenhouse gas (GHG) emissions, surpassing the energy sector. For that and other reasons, developing and deploying new and emerging technologies in transportation “is a key component of global efforts to improve safety, meet the needs of people wherever they live, and combat climate change,” said Katie Thomson, Amazon’s Vice President & Associate General Counsel for Worldwide Transportation and Logistics.

Noting that transportation is “absolutely pivotal to any long-term climate solutions,” as well as a leading source of localized air pollutants disproportionately affecting communities of color, Putnam provided a high-level overview of technology’s role in greening the multifaceted sector. “To reap the benefits of the massive public and private investments in transportation, we have to be sure the system is resilient,” he said, noting that as he spoke, Colorado was dealing with a massive mudslide on the state’s major Interstate-70 thoroughfare. Contributing to the mudslide are the burn scars from fires last summer whose scope and intensity were likely tied to climate change. 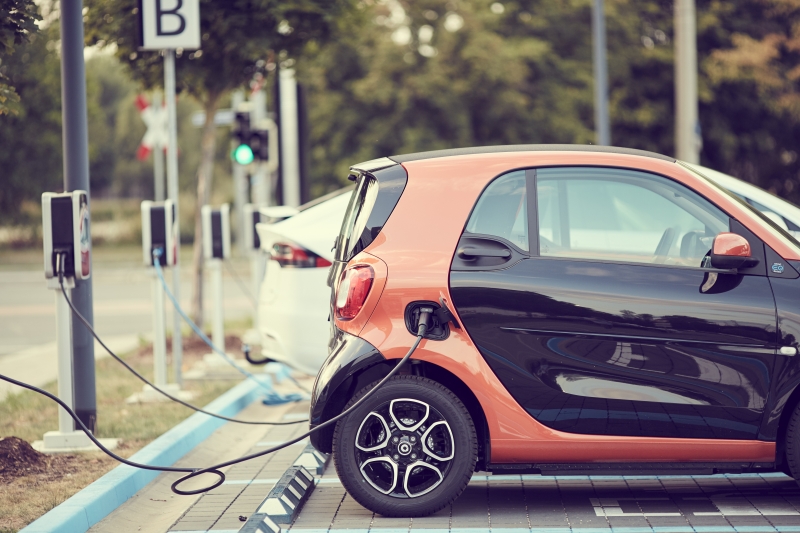 As DOT considers technology’s role in greening transportation, electrification is the starting point, beginning with light-duty electric vehicles and moving to medium- and heavy-duty models. “That will be a major transformation of the market,” with billions already being invested by manufacturers, as well as by state and local authorities and increasingly the federal government, Putnam said. In addition, as a result of the COVID pandemic, virtual meeting technologies are shifting and maybe supplanting some demand for rapid transit, personal transportation, and air travel, and will be an important factor moving forward, as will improved tools to model and control transportation systems.

In her remarks, Thomson raised the point that overcoming policy, political, and social barriers that constrain our ability to leverage technology at scale can be much harder than developing green technologies, an issue Putnam also touched on. With satellites, drones, and other technologies that can detect smaller and smaller methane leaks at a greater frequency, an important question for DOT is how the Federal Aviation Administration’s (FAA’s) commercial space launch policies contribute to or interfere with the ability to take advantage of such technologies. To ensure safety while grappling with the FAA’s and other policy challenges, DOT is pursuing traditional statutory notice-and comment rulemaking as an important part of creating “the ecosystem for promoting or at least getting out of the way of various technologies,” he said.

DOT and EPA are also focused, respectively, on Corporate Average Fuel Economy and vehicle GHG standards, and DOT’s Pipeline and Hazardous Materials Safety Administration is undertaking a number of pipeline leak detection and repair rules that will require technology to achieve relevant goals. Generally, federal agencies are increasingly turning to performance-based rather than technology-based standards because they recognize it is “really hard to keep up with the incredible pace of change in technology,” Putnam added.

A big question in the regulatory sphere is the balance among state, local, and federal decisionmakers, Putnam said, a point that Porcari also described as “key” during the Q&A period while urging that “best in class” state and local innovation should be deployed “vertically and horizontally.” Going forward, the balance among government levels will be critically important, Putnam said, recognizing that on the one hand, industry “often seeks a relatively harmonious national market” that is non-balkanized and “yet we gain benefits from a lot of experimentation at the state and local level.” All regulators will need to wrestle with these issues subject-by-subject, law-by-law, he said.

Dr. Kindberg presented an overview of Maersk’s efforts to achieve carbon neutrality by 2050 as the world’s largest container shipping company and end-to-end logistics provider. More than 90% of long-distance cargo is moved by ocean, a far less energy-intensive alternative than air transport. But the Maersk group nevertheless accounts for 53 megatons of carbon emissions each year, with the vessel fleet alone emitting 33 megatons. Because of uncertainty about “how all the pieces would fit together or how we’d get there” when Maersk made its net-zero commitment in 2018, the company is taking an “open-source approach.” As an interim step, the company is aiming at a 60% reduction by 2030 in its fleet’s energy consumption. Using the United Nations International Maritime Organization baseline year of 2008, Maersk has cut energy use 46% over the past 12 years, thereby reducing GHGs, nitrous oxide, and other emissions by that same amount. But recognizing that the company could not achieve net zero through energy efficiency alone, Maersk accelerated its plans for having the first carbon-neutral vessel in the water, moving up the date from 2030 to 2023.

With work underway for a “relatively small” vessel that will be two football fields long, Maersk aims to develop a “second supply chain” that will deliver needed clean fuel to ports and vessels to capture the whole life cycle of emissions, not just combustion. Dr. Kindberg noted that “this is uncharted territory for us” and encompasses four “big areas needing intensive work.” First, Maersk has to design carbon-neutral vessels and decide what fuels they will operate on. Second, it must “drive new fuel innovation” because a vessel cannot be designed unless it is known what kind of fuel it will use. Third, the company must provide carbon-neutral products to customers today and is currently offering limited biofuel-based carbon-neutral products to some consumer products sustainability leaders, such as Disney, Levi, Nike, and others that are willing to pay the premium prices. And, fourth, Maersk is working on legal and regulatory frameworks and standards that are essential to enable green shipping, such as International Standards Organization (IMO) standards for all of the new fuels, and alignment among all of the company’s vessels that are licensed by a flag state.

Dr. Kindberg noted that for shippers many operational and environmental concerns intersect, including not only considerations of whether biofuels have lower-toxicity emissions and lower impacts on port communities, but also invasive species, hull biofouling, and a newly emerging issue of underwater noise that greatly interests the IMO. Big ship propellers produce noises in frequencies that can impact seriously endangered right whale species. Alignment with international standards on the diverse impacts is absolutely critical, she said. Balkanized standards for different regions will make it difficult to move forward at the needed pace.

Lastly, Porcari discussed ways in which technology is actually being leveraged to green the surface transportation sector, echoing the view that electrification is the essential short-term strategy. He specifically noted recent new DOT guidelines on right-of-way usage as among the crucial policy changes necessary as the United States moves to less bricks-and-mortar infrastructure and more “inserting technology into the infrastructure we have” to create more capacity, safety, and lower emissions. Advanced modeling can be done using Artificial Intelligence and machine learning to maximize emission cuts, safety, and capacity, he said. The autonomous vehicle technology industry is working on inserting such vehicles into today’s surface transportation system in the short term.

Porcari emphasized that policy, legislative, and funding frameworks have to evolve and are needed to encourage transportation-related technology innovation. Unlike today’s funding, for example, which provides zero federal cost-sharing for railway development, frameworks must become “agnostic” as to which mobility system receives support. It is necessary to drive the adoption of new technologies through what Franklin Delano Roosevelt during the New Deal called “bold, persistent experimentation” both in the public and private sectors. A realistic price on carbon is needed, whether through a carbon tax, cap and trade, or other system, and the United States needs to modify 23 U.S. Code §111’s prohibition of charging stations on interstate and national highway system rights-of-way, an “archaic provision that doesn’t apply today,” he said. The United States has not encouraged electrification through siting of facilities but must do that, including by rethinking what “purpose and need” means under the National Environmental Policy Act. The United States must “build capacity,” which includes “something as mundane as procurement capacity,” with a model technical procurement policy applicable, for example, to fleet charging facilities, that would help the federal government’s state and local partners. Long term, a “broad and durable culture of technological innovation” involving the public and private sectors must be built.