Supporting Kenya to Deliver on its International Climate Change Commitments

Extreme weather events are becoming regular headlines across the world. In 2018 we have seen many countries report record-breaking high temperatures, catastrophic storms that have caused millions of dollars’ worth of damage, and/or widespread flooding that has displaced hundreds of thousands of people. Three years ago, Parties to the United Nations Convention of Climate Change gathered in Paris to negotiate action to combat climate change and adapt to its effects. This culminated in the adoption of the Paris Agreement, which has been widely praised for its collaborative approach to tackling climate change whereby the commitments of individual countries will add up to a significant global response.

These commitments, known as Nationally Determined Contributions (NDCs), set out a country’s efforts to reduce national greenhouse gas (GHG) emissions and adapt to the impacts of climate change post-2020. NDCs are then updated and resubmitted every five years. Nations have been requested to revise and increase the ambition in their commitments by the climate summit in 2020, as current NDCs lead to a warming in range of 2.7 to 3.7°C. These documents will be enhanced again every five years in order to achieve the aim of the Paris Agreement to keep global temperature rise this century well below 2°C, with the more ambitious target of limiting warning to 1.5°C above pre-industrial levels.

In light of the IPCC’s special report on the impacts of global warming of 1.5°C last month, it is evident that climate change is occurring earlier and more rapidly than expected. Any increase in warming above 1.5°C will significantly worsen the risks of drought, floods, extreme heat, and poverty for hundreds of millions of people. Global warming resulting from anthropogenic emissions from the pre-industrial period to the present will continue to cause long term changes to the climate system for the coming centuries to millennia.

However, the report also acknowledges there is still time to act, if concerted and ambitious effort is made now. In order to keep global warming to 1.5°C, the special report states that “rapid and far-reaching transitions in energy, land, urban and infrastructure (including transport and buildings), and industrial systems” will be needed at unprecedented scale to achieve the large emission reductions required by 2030, further reducing to net zero emissions by the middle of the century. 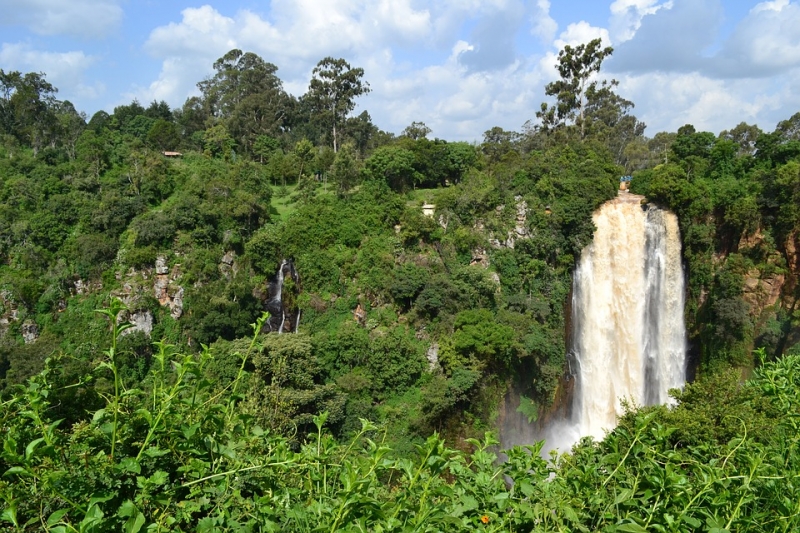 The Global NDC Implementation Partners (GNI+), a partnership of AECOM, Baker McKenzie, and the Climate Policy Initiative, recently launched a three-year program funded by the German International Climate Initiative to support Kenya’s efforts to implement its NDC. GNI+ combines the expertise of each of these three organizations to help the country develop and enhance the legal, policy, financial, institutional, and governance frameworks supporting the country in fulfilling its international commitments. It also aims to help the Kenyan government mobilize private investment at a scale that can deliver impact on climate change and sustainable development.

Kenya has currently committed to a target of reducing its GHG emissions by 30% by 2030 compared to its business as usual trajectory. Climate change poses a serious challenge to Kenya's economic development, as the key drivers of its economy--agriculture, forestry, fisheries, and energy--are all highly climate sensitive. As outlined in the country’s NDC, climate hazards have caused considerable losses across the country’s different sectors over the years. The main climate hazards include droughts and floods, resulting in economic losses estimated at 3% of the country’s annual gross domestic product.

The GNI+ program will focus on two sectors outlined in Kenya’s NDC that will be selected by the Ministry of Environment and Forestry following a prioritization review and consultation with the Climate Change Directorate. Once selected, the activities under the program will include: (1) analyzing current or planned policy frameworks to determine the extent to which they accommodate or inhibit climate change action measures; (2) supporting efforts to access international public finance and attract private investors; (3) designing implementation plans that will identify feasible climate change projects in line with the country’s development and climate action goals; and (4) creating a cost-effective system for tracking mitigation actions and progress toward climate goals. This work will be in collaboration with the National Treasury and relevant sectoral ministries and other public and private stakeholders in order to deliver a country-led implementation approach and ownership of its NDC.

Through its work, AECOM is committed to building a more sustainable and resilient world, not only by engaging with decision and policymakers and influencing international climate change policy, but also through the design and on-the-ground delivery of low carbon development and climate action projects. The program in Kenya is the first under the GNI+ program, but the model can be replicated in other countries that require financial, legal, policy, and technical support to achieve their NDCs.