The untimely death of Justice Ruth Bader Ginsburg is a sharp setback for environ­mental protection law. The Court loses the justice who had been the most sympathetic to environ­mental concerns during her more than 27 years on the highest court of the land. Her greatest achieve­ment on behalf of the environment was her majority opinion in 2000 in Friends of the Earth v. Laidlaw En­vironmental Services. This decision slammed the brakes on Justice An­tonin Scalia’s long-time campaign to deny environmentalists standing to sue. 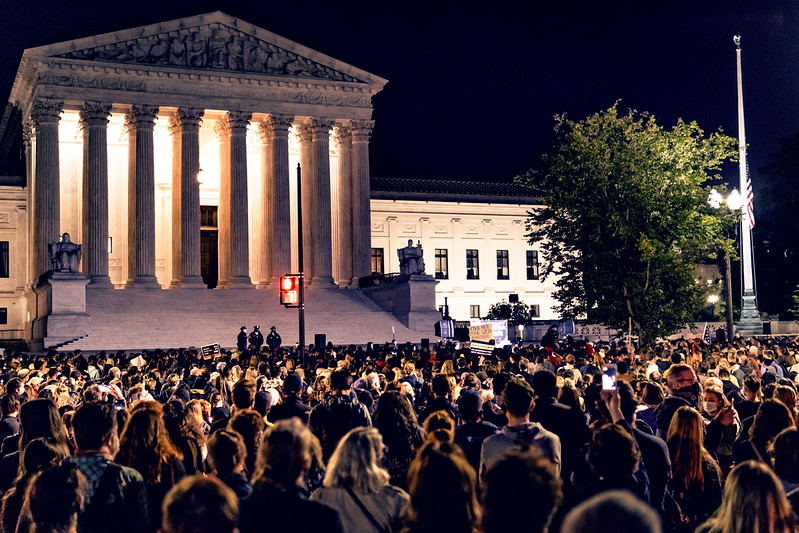 Standing doctrine is supposed to ensure that the federal courts hear only true “cases or controversies.” Ironically, Laidlaw started when a company that had com­mitted hundreds of violations of the Clean Water Act tried to preclude Friends of the Earth (FOE) from suing it by colluding with state regulators. The com­pany drafted a complaint against itself and even paid the filing fee for state officials to sue it. They then agreed to a token settlement with the state and argued that it precluded FOE from suing. How­ever, the federal trial judge hearing the case saw through this ruse and ruled that the collusive suit did not constitute the “diligent prosecu­tion” required to bar FOE from suing. The judge ultimately imposed a $400,000 penalty on Laidlaw in FOE’s suit.

Prior to Laidlaw, a series of deci­sions authored by Justice Scalia had created increasingly demanding requirements for citizens to es­tablish standing by requiring proof that regulatory violations caused environmental harm that directly damaged them. Relying on these decisions, the U.S. Court of Appeals for the Fourth Circuit revoked Laidlaw’s penalty by holding that FOE lacked standing even though its members living near the polluting facility averred that the pollution discouraged them from recreating in the river. Only four Justices voted to grant FOE’s cert petition, but by the time the case was decided Justice Ginsburg wrote for a 7-2 majority, faulting the Fourth Circuit for “rais[ing] the standing hurdle higher than the necessary showing for success on the merits.”

Justice Ginsburg approached challenges to EPA regulatory decisions by interpreting the en­vironmental statutes in a manner consistent with their congressional purposes. In the EME Homer City decision in 2014, she wrote for a 6-2 majority to reverse a decision written by future Justice Brett Kavanaugh that had gutted the interstate air pollution provisions of the Clean Air Act. In dissent, her good friend Justice Scalia revealed his antipathy to EPA with an erroneous attack on the agency that misstated the facts in a previous decision he had written.  He corrected the mistake after his opinion was released.

A strong believer in judicial modesty, Justice Ginsburg re­spected the expertise of EPA to fashion remedies for environmental problems. Writing for a unanimous Court in 2011 in American Electric Power, she concluded that the Clean Air Act displaced the federal common law of interstate nuisance, noting that EPA had much greater expertise than judges to craft remedies for climate change. But she emphasized that any EPA decision not to regulate greenhouse gas emissions would be subject to judicial review.

Justice Ginsburg’s dissents spoke up for the environment. In the 2009 Burlington Northern decision, she was the lone justice seeking to hold an oil company liable for decades of chemical spillage that created a Superfund site. In Coeur Alaska she decried a decision allowing a mining company to transform a pristine Alaskan lake “into a waste disposal facility.”

Her friendship with Justice Scalia inspired one of my constitutional law students, Derrick Wang  (Maryland Carey Class of 2013), to write an opera performed to the delight of both Justices. As Ginsburg ob­served: “Toward the end of the opera Scalia/Ginsburg, tenor Scalia and soprano Ginsburg sing a duet: ‘We are different, we are one,’ dif­ferent in our interpretation of writ­ten texts, one in our reverence for the Constitution and the institution we serve.”

The first time I met Justice Ginsburg, I shared with her that I once had asked Justice White, for whom I had clerked, whether he cared who replaced him on the Court. “Are you kidding?” he replied, “I would like to make that appointment myself.”  White was very pleased when newly elected President Clinton chose Justice Ginsburg to be his successor. Justice Ginsburg’s dying wish was for the winner of the 2020 presidential election to nominate her successor. Honoring that request would be a fitting way to honor Justice Ginsburg’s reverence for the Constitution, the Court, and our environmental laws.