No Trespassing: The U.S. Environmental Movement’s Long History of Exclusion

In recent years, scholars, journalists, and activists have drawn attention to the sexist, racist, classist, and homophobic attitudes that surround the U.S. environmental movement. Though the movement’s problematic aspects may come as a surprise to some, the exclusionary nature of mainstream contemporary environmentalism is no accident. The crusade to address the nation’s environmental issues was designed this way from the outset. 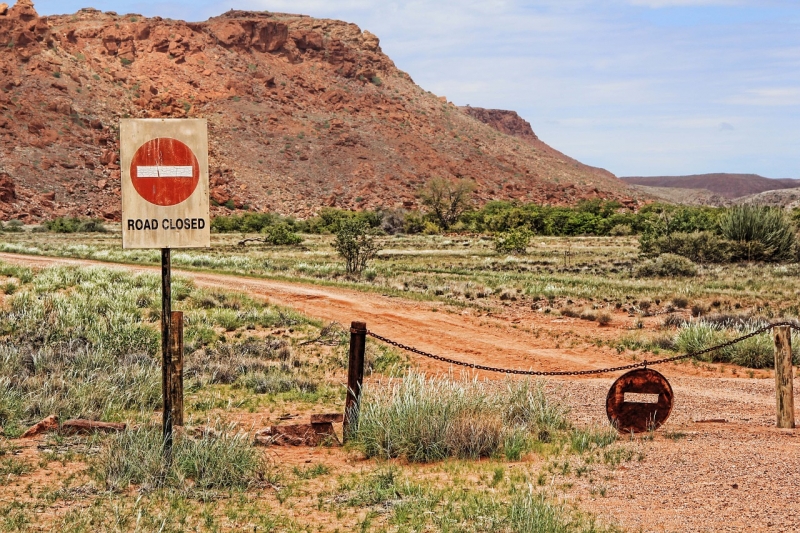 The movement we in the United States now know as environmentalism arguably emerged during the American Progressive era of the 1890s to 1920s, when powerful white men butted heads over the “right” way to protect the nation’s rapidly depleting natural resources. Proponents of conservation (led by Gifford Pinchot and Pres. Theodore Roosevelt) and preservation (led by John Muir) respectively championed competing visions that both ultimately underscored who has always been at the center of the U.S. environmental movement—wealthy, straight white men.

Pinchot famously defined conservation as “the wise use of the earth and its resources for the lasting good of men.” The problem with this rationale, aside from the use of “men” as an all-encompassing identifier, lies in the Romantic conception of the natural world as a maternal, life-giving force whose protection by men also entitles them to perpetrate further abuses, even rape. According to this “traditional” conservationist model, the natural world consists of a dwindling set of once-bountiful resources—often feminized as “Mother Earth” or “Mother Nature”—whose role is to provide selflessly for the earth’s men.  Implicit in this feminization of nature is also the naturalization of women and their bodies. Philosopher Kate Soper writes:

it is woman’s biology, or more precisely the dominance of it in her life as a consequence of her role in procreation, that has been responsible for her allocation on the side of nature, and hence for her being subject to the devaluation and de-historization of the natural relative to the cultural and its “productivity.”

Ultimately, these antiquated notions underlie the language we still use today to talk about the natural world and female bodies and have served to perpetuate the exploitation of both.

As with society at large, today’s environmental movement continues to uphold these gendered discourses in practice. We don’t need to look much further than recent sexual assault scandals within numerous prominent green organizations to observe gender-based violence within the environmental movement.  And, despite women’s increasing representation in the full time staff and on the boards of environmental NGOs, they still face violence in a myriad of ways, including bearing the brunt of environmental harms. All the while, incidents such as the disturbing sexualizing, gendered slurs directed at teen activist Greta Thunberg from American climate deniers emphasize a hostility toward women environmentalists in the nation at large.

The initial framing of the preservation movement was also problematic, albeit in another sense. John Muir’s preservationist approach hinged on the government setting aside so-called “wild lands” for their scenic and educational value alone, not just for the potential commercial value of their resources. Though seemingly innocuous, the notion of preserving the nation’s swaths of “untouched wilderness” had catastrophic implications for western Indigenous Americans. President Roosevelt’s preservationist ideals led him to systematically uproot thousands of Indigenous Americans from their homelands to create national parks and monuments, all while preaching the virtues of assimilation.

The drive to create more national parks had further racist motivations, fueled by a dubious invention of the idea of wilderness and its fabrication as something apart from humankind. At the turn of the century, urbanization, immigration, and women’s increasing independence in the growing corporate-capitalist economy threatened in many ways a long-held sense of white male superiority. Wilderness began to be framed as a sanctified antidote to the blight of modernity, a place untouched by urban—shorthand for Black and immigrant—civilization. Many of our national parks were in fact white by design, and have essentially remained that way: a recent comprehensive survey by the National Park Service determined that those who self-identified as “African American” constituted a mere seven percent of visitors. The white and powerful have continued to escape to an ironically artificial “nature” while the poor and marginalized suffer in polluted urban landscapes that have long been positioned as external to the priorities of the movement. The recent harassment of Black birder Christian Cooper in New York City’s Central Park reminds us that the presence of Black Americans is still considered an affront to the pristine whiteness of the United States’ formally designated nature spaces.

The white supremacy culture embedded in the environmental movement is also reflected in its internal composition. According to a 2018 report by Green 2.0, people of color account for a mere 20 percent of the staff of environmental organizations, despite comprising 36 percent of the U.S. population. With a movement so whitewashed, it’s no wonder that environmental racism disproportionately subjects people of color to experiencing toxicity in their communities, drinking contaminated water, and breathing polluted air. Despite ongoing efforts to be more inclusive, the modern environmental movement continues to serve the interests of the few represented in its ranks.

“Untouched wilderness” as a construct has also served to ostracize members of the LGBTQIA+ community, hinging in large part on ideas about nature and the so-called natural. In the early 1900s, “nature” was firmly positioned as “a site for the enactment of a specific [white] heteromasculinity,” deliberately in contrast with the festering queerness of urban spaces. This was a place for privileged, straight white men to perform rugged, individualized activities—like hunting, fishing, and climbing—that were imbued with a sense of domination. Outdoor recreation continues to exclude queer people today, especially those men whose perceived femininity falls short of the wilderness-taming, virile masculinity of men like Theodore Roosevelt. Though the natural world in fact abounds with queerness, LGBTQIA+ Americans today still fight a rhetorical battle against a long-standing eugenicist conception of queer people as “unnatural” and “enemies of the species.” And, like people of color, LGBTQIA+ folk will suffer disproportionately from climate change—queer youth are 120% more likely to experience homelessness, making them inherently more vulnerable to climate impacts. Toxic ideas about gender, sexuality, and power, therefore, persist as barriers to a more inclusive environmentalism that accurately recognizes queer struggle.

From the beginning, the whitewashed, gendered nature of the U.S. environmental movement influenced the issues we prioritized and those we neglected. The movement’s early framing set the stage for decades of racist and heterosexist practice informed by the very language of environmental protection. The sentimental story many of us learned in high school U.S. history has had much more insidious implications for virtually all Americans (save for wealthy, straight, white men).

It is impossible to recognize the ways in which marginalized groups are underrepresented in and harmed by modern environmentalism without first unpacking this problematic legacy and then working to dismantle it. Fortunately, this work is ongoing. Well-known organizations like the Sierra Club are beginning to actively take steps to reckon with their white supremacist past. And many activists are working tirelessly to build a more intersectional environmentalism, one that queers harmful understandings of gender and sexuality and strives for justice for Black and Indigenous Americans. If this egalitarian vision is to be realized, those currently in power must make concerted efforts to carry more than their weight, leveraging their privilege to advocate for intersectionality in a movement that has been far too exclusive for far too long.