Tribal nations have been leading the way in climate change adaptation planning long before local governments even got started. A database created by the Institute for Tribal Environmental Professionals (ITEP) includes more than 60 tribal climate change assessments and adaptation plans—some going back as far as 2008. As municipalities across the United States start drafting or even updating adaptation plans, they can look to the experiences of tribal governments for insights into creating equitable, sustainable strategies that address current and future hazards. 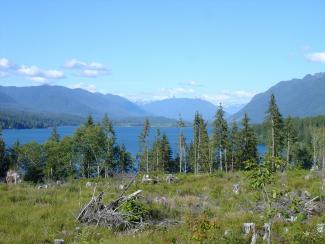 A 2021 study published in the journal Science gives a fresh reminder of the unique dangers climate change poses to tribal communities in the United States. The study highlights that, following the seizure and occupation of nearly 99% of their historical territory, tribes were forced onto marginal lands, where climate change impacts like extreme heat and severe weather are likely to be exacerbated. Even tribes that have continuously inhabited their ancestral lands are subject to profound climate change effects. In the Midwest, warming temperatures and shorter winters threaten agricultural livelihoods amongst the Great Lakes Anishinaabek. On the West and East Coasts, tribes like the Quinault Indian Nation and the Seminole Tribe of Florida face flooding so deadly that many are being forced from their homes. In Alaska, climate change has severely thinned the ice that protects the Iñupiat village of Kivalina from deadly waves, forcing the entire city to relocate. Yet, in the face of this increased vulnerability, Indigenous communities demonstrate remarkable resilience and innovation. From developing wildlife conservation plans for migrating species to creating climate-ready infrastructure, tribal governments across the United States are moving to prepare for future hazards.

These are just a few of the examples of Indigenous resilience in the face of disproportionate vulnerability to climate change highlighted in ITEP’s groundbreaking “Status of Tribes and Climate Change Report” (STACC Report). As captured in the report, tribes are preparing for future hazards, going beyond spearheading their own initiatives on tribal lands to actively partner with other regional entities. The report not only features numerous case studies and examples that can benefit tribal governments; it also contains valuable information and recommendations for non-tribal entities. Local governments across the United States can capitalize on their own climate resilience planning efforts through collaboration with Indigenous communities whose traditional lands overlap in the same region.

The STACC report incorporates a wealth of tribal experience, with chapters on ecosystems and biodiversity, air, water, drinking water infrastructure, health and well-being, economic development, energy and just transitions, cultural resources, emergency management, solid waste, and other emerging topics. By collaborating with nearby tribal governments and communities, local governments have the opportunity to ensure their climate adaptation plans and implementation of projects are models of regional cooperation, resilience, and equity.

Protecting access to safe drinking water is a key area for collaboration between tribes and local governments. The STACC Report highlights several examples of such partnerships, including in Oklahoma, where the Chickasaw Nation, Choctaw Nation, and several non-tribal local governments created a collaborative system to manage the region’s limited water supplies and improve climate resilience.

This process began when the Department of the Interior’s South Central Climate Adaptation Science Center invited and funded the Chickasaw Nation and Choctaw Nation to act as full members of their consortium, which focuses on regional climate adaptation planning in Texas, New Mexico, Louisiana, and Oklahoma. Recognized with their full sovereign authority and with a seat at the table, these Indigenous governments guided the consortium’s research into the region’s water resources while developing stronger relationships with local non-tribal communities. The Nations drew upon the results of this research to develop adaptation strategies for the area’s water management systems and worked with nearby local governments to implement them. This initial collaboration led to the creation of initiatives, like the Arbuckle-Simpson Aquifer Drought Contingency Plan, and partnerships with the cities of Tishimongo and Durant to explore the viability of wastewater reuse programs.

These partnerships do not happen spontaneously. They take thought and care. Here are the three most important lessons for local governments committed to partnering with tribes on climate adaptation planning:

Tribal governments are sovereign nations, not mere “stakeholders,” and misinformed ideas regarding tribal governments and their operations can arrest opportunities for meaningful relationships. For example, some may hold the erroneous belief that tribes are flush with significant federal funding or gaming revenue and would not benefit from additional resources or collaborating with local governments. Conducting due diligence to ensure your staff are not operating under such assumptions is paramount to successful relationship-building.

The historical and continuing oppression of tribal governments, in the United States and across the globe, create a significant barrier to building trust with potential tribal partners. Following a history of systemic oppression of Indigenous peoples, broken treaties, and contentious relationships with state and local governments, building reciprocal, honest relationships on a government-to-government basis will take time. Tribes may also be operating with limited resources or be inundated with requests for consultation. Reaching out and building a dialogue with tribal neighbors early in developing a plan, program, or project can pay enormous dividends.

Explore opportunities for sharing resources. Seek opportunities to share funding, personnel, or expertise. Recognize the value of Indigenous Traditional Ecological Knowledge and respect the confidentiality and tribal ownership of this information. Integrate expertise that tribal governments are willing to offer.

The report is an essential resource for tribes and local governments alike. Check out ITEP’s other recent projects, including the Status of Tribal Air Report, Tribal Lands and Assistance Center, and their online video library.