Heading Down Different Paths: An Update on PFAS Regulatory Developments in Northeastern States and at the Federal Level

In May 2016, EPA issued a lifetime Health Advisory (HA) of 70 parts per trillion (0.07 ug/L) for the combination of two per- and polyfluoroalkyl substances (PFAS) chemicals, PFOS and PFOA, in drinking water. EPA’s HA is not enforceable or regulatory—it provides technical information to state agencies and other public health officials on health effects, analytical methodologies, and treatment technologies associated with drinking water contamination. In EPA’s subsequent 2019 PFAS Action Plan, EPA noted that over 4,000 PFAS may have been manufactured and used in a variety of industries around the world since they were first synthesized in the 1940s. Because PFAS are water soluble, over time PFAS from firefighting foam, manufacturing sites, landfills, spills, air deposition from factories and other releases can seep into surface soils and potentially percolate into groundwater, thus implicating drinking water sources. 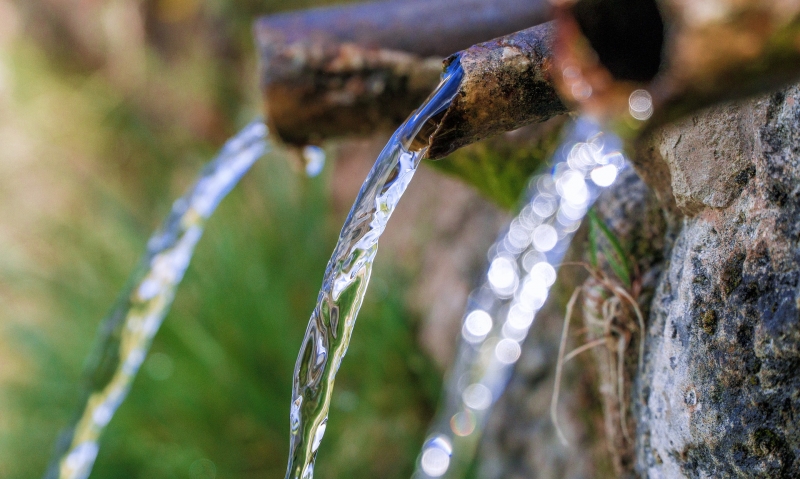 Since EPA’s original HA, a flurry of PFAS-related legal activity—both in product litigation and in the regulatory world—has followed. Despite EPA’s Action Plan and HA, however, most of the notable regulatory activity has occurred at the state level, particularly in the northeast. As the threshold action levels for PFAS are frequently targeted so low by state jurisdictions, the result of these standards has created concerns for management of not only public and private drinking water supplies, but also with respect to the actions necessary to achieve regulatory closure for releases at disposal sites. In this blog, we discuss the recent finalization of key PFAS state standards and how they relate to federal actions, which will have significant impacts on how soil and groundwater are managed in the future from both a site cleanup and public health perspective.

The final MMCL was first proposed in December 2019, at which time MassDEP also filed a final rule for groundwater and soil cleanup standards of PFAS under the Massachusetts Contingency Plan (MCP), 310 CMR 40.0000, et seq. The soil and groundwater cleanup levels are set in the MCP as low as 20 ng/L in groundwater (as the sum of all six listed PFAS) and 0.3 to 2 µg/kg in soil, depending on the listed PFAS compound. The standards also vary depending on the groundwater and soil classification as defined by the MCP. Potentially responsible parties for releases of contamination in Massachusetts are now required to remediate to these standards under the MCP.

The final version of the MMCL, incorporated into the Commonwealth’s drinking water regulations at 310 CMR 22.00, tracks the draft regulations that were issued for public comment in December 2019 with the final soil and groundwater cleanup standards. Under the final 2020 PFAS drinking water standards, Public Water Supplies (PWS) in the Community (COM) and Non-Transient Non-Community (NTNC) categories will begin quarterly sampling for PFAS6 in accordance with the following schedule:

Taken together, the drinking water and soil/groundwater action levels established by Massachusetts are some of the most stringent in the country, and join an increasing percentage of northeast state jurisdictions in aggressively regulating PFAS chemicals.

Massachusetts is not alone in setting standards for PFAS.  The state has now joined the ranks of five other northeastern states with varying levels of approved drinking water PFAS standards.  In joining this state regulatory patchwork, Massachusetts finds itself in the midst of a highly variable regulatory field.  Indeed, the standards range from a low of 10 parts-per-trillion (ppt) in one state and up to 70 ppt in another, as illustrated in the table below:

This range of standards translates into both a high level uncertainty for regulated entities and perhaps an ongoing acknowledgment of the scientific debate associated with these standards.  It remains an open question whether federal action will provide regulatory certainty and/or similarly resolve this debate.

While states continue to enact laws containing enforceable standards for PFAS in drinking water, similar activity at the federal level remains pending. On March 10, 2020, EPA issued a preliminary regulatory determination under the Safe Drinking Water Act (SDWA) that included PFOA and PFOS. EPA’s preliminary determination concluded that PFOA and PFOS meet the statutory criteria for regulation under the statute. This is the initial step towards potentially regulating these substances in drinking water under the SDWA. If EPA finalizes the determination to regulate, it must then embark on the long process of setting a National Primary Drinking Water Regulation containing either a Maximum Contaminant Level or treatment technique for PFOA and PFOS in public water systems.

EPA has also yet to issue a proposed rule listing any PFAS compounds as a “hazardous substance” under the authority of Section 102 of CERCLA. Listing PFOA and PFOS as a hazardous substance was discussed in the Agency’s February 2019 PFAS Action Plan and the 2020 update to that Plan. The PFAS Action plan is a multi-media strategy for addressing PFAS that EPA Administrator Wheeler has committed to aggressively implementing. The absence of a hazardous substance designation does not preclude EPA from taking government-funded CERCLA response actions to address PFAS chemicals that are a “pollutant or contaminant” and “may present an imminent and substantial endangerment to the public health or welfare.” It does, however, impose limitations on EPA’s CERCLA §106 enforcement and §107 cost recovery efforts, which are crucial to the Agency’s enforcement-first approach towards Superfund sites. Given the breadth and scope of these authorities, listing any PFAS compounds as a CERCLA hazardous substance could lead to a cascade of impacts at sites across the country due to the pervasive manufacturing, use and release of PFAS chemicals. For example, a hazardous substance listing could result in new sites being added to the National Priorities List, amendments to EPA selected remedies, implications during five-year reviews of cleanups, and the triggering of new information or unknown condition reopeners in existing settlements at Superfund sites.

While PFAS regulatory activity under CERCLA has stalled, EPA’s PFAS-related enforcement under CERCLA and other statutes has not. As public records show, EPA has taken CERCLA enforcement to address PFAS contamination commingled with hazardous substances. For example, EPA’s order and settlement activities at the Wolverine Worldwide Tannery Site, taken in conjunction with the state of Michigan, provide a case study on this approach. Other EPA enforcement activities to address PFAS have been undertaken under the SDWA, TSCA, and RCRA.

EPA has not been completely absent from PFAS-related federal rulemaking. On June 22, 2020, the Agency promulgated a final rule under EPCRA §313 listing 172 long-chain PFAS chemicals that are now subject to Toxic Release Inventory reporting. In addition, on July 27, 2020, EPA published a final significant new use (SNUR) rule under TSCA for PFAS chemicals that requires parties to notify EPA at least 90 days before manufacturing, processing, or importing these chemicals for the significant new uses described in the rule. The SNUR also applies to the import of products that are surface coated with a subset of PFAS chemicals and carpets containing perfluoroalkyl sulfonate. The advance notification parties must submit under the SNUR triggers EPA review and authorization of the manufacturing, processing, or importing activity, and may result in an EPA ban under TSCA.

Whether the pendulum will shift back to the federal government taking the lead on PFAS regulation during the next EPA administration continues to be a critical question for environmental law. What is certain, however, is that state regulatory actions to address PFAS will be a key driver in the ongoing management of drinking water supplies and the design and implementation of response actions to address contaminant releases into soil and groundwater.