I write this column on a plane returning from Beijing and an ELI convening called the China International Business Dialogue on Environmental Governance (CIBDEG).  This is an innovative project brought to ELI by Leadership Council member Paul Davies of Latham’s London office. The heart of the idea is for ELI and a Chinese partner entity (the Policy Research Center on Environment and Economy (PRCEE)) to broker a conversation between Chinese regulators and multinational companies that are either trying to make a go of it in China or deeply reliant on supply chains that originate in China. This is a project in which I am personally involved, mainly because of my relationships with Chinese regulators from my days doing international work at EPA. 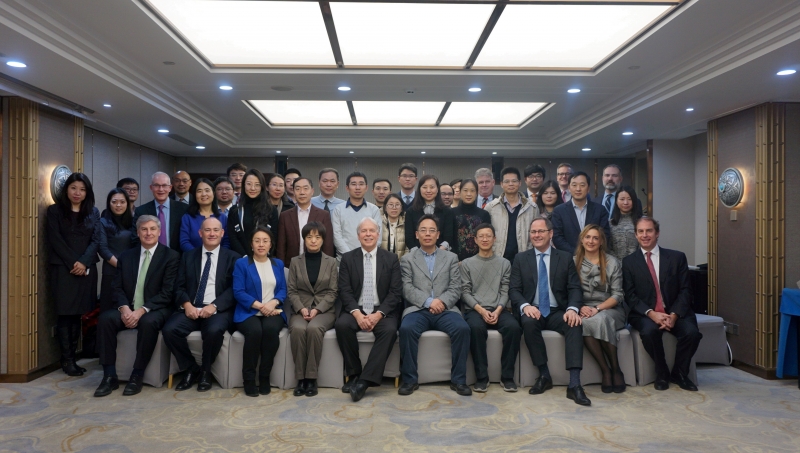 Scott Fulton (center) with participants of the CIBDEG second round table in Beijing, China (January 2019)

This CIBDEG convening brought a significant number of multinational companies together with senior Chinese regulatory and enforcement leaders at the national and provincial government levels. The PRCEE Director General and I co-led and moderated the convening. The group discussed a good number of things, from how to build a compliance cultural in the Chinese regulated community, to the importance of compliance assistance, to the potential value of recognition programs for high performing companies. But perhaps the most striking feature of the meeting was the convergence of thought around the importance of effective environmental enforcement and accountability under the law, with the multinationals and regulators alike repeatedly reinforcing the importance of rule of law to China’s progress in addressing its environmental challenges. The multinationals’ commitment to this idea was underscored by their offer to provide sector-specific expertise to the training Chinese inspectors, permit writers, and enforcers, to help lift up performance and ensure accountability within the Chinese regulated community more broadly.

Many of the ideas expressed echoed the observations in an important ELI-authored report that was released on January 24th by the United Nations Environment Program, entitled, Environmental Rule of Law: First Global Report. In UN vernacular, “environmental rule of law” (EROL) has emerged as a short form for describing the fundamental importance of rule of law in the environmental context. 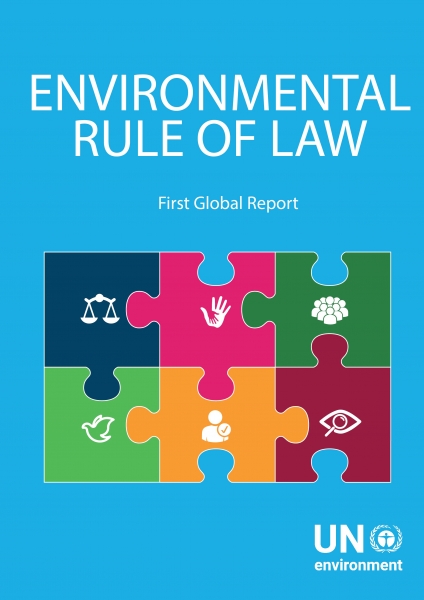 If you would like to understand better the importance of ELI’s work abroad, please give this report a read. The report begins with a tutorial on rule of law, reminding that rule of law has two essential ingredients: 1. The presence of laws that reflect fundamental rights and values, and 2. the observance of and adherence to those laws throughout society. On point one, the report reviews the progression of environmental law development around the world, expressed perhaps most poignantly in the dramatic increase in constitutional rights to a healthy environment.

But the most telling are the findings in the report concerning point two – the degree to which laws are observed in practice. While there has been a 38-fold increase in environmental laws put in place around the world since 1972, effectuation of those laws has lagged well behind, leaving a significant rule of law gap. Neither aid, nor domestic budgeting, has led to pervasive establishment of strong environmental agencies capable of effectively enforcing laws and regulations, with multiple factors contributing to poor enforcement of environmental rule of law, including poor coordination across government agencies, weak institutional capacity, lack of access to information, corruption and stifled civic engagement.

Of particular note, there is a chapter in the report that speaks to the increase in violence around the world in the environmental context, and in particular the uptick in the assassination of the environmental activists. Just to give you a sense, in 2010, there were 87 such “hits”; in 2017, there were 197. To say that this is an alarming trend line is an understatement in the extreme.

These statistics are ultimately about more than just thuggish behavior, although this surely is thuggishness in its most reprehensible form. More fundamentally, it is about the failure of the justice system and the failure of governance in the environmental context. In the absence of trusted, law-based mechanisms for transparently ventilating and resolving natural resource disputes, lawlessness and violence fills the void.

So this work that, with your support, we are doing around the world to build environmental governance and rule of law, can not only help save the environment, and not only help create a level and predictable playing field for commerce, it can also help save lives.

As Secretariat for the International Network for Environmental Compliance and Enforcement (INECE), ELI is currently working with the government of Scotland and other partners to plan the 10th INECE Conference for September of this year, to be held in Edinburgh, Scotland. The title of the conference is, “Are the Rules Enough?” In view of the EROL report, the question is a rhetorical one. Plainly, the answer is, “No”.