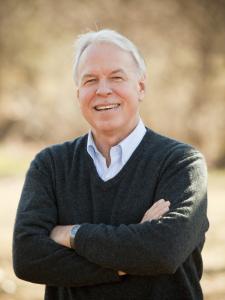 From September 2015 to December 2021, Scott Fulton served as ELI’s fifth President and now holds the role of President Emeritus and International Envoy. Previous to his time with ELI, Mr. Fulton was a Principal at the environmental law firm Beveridge & Diamond, P.C., and served as General Counsel of the U.S. Environmental Protection Agency (EPA) and in a number of other high-ranking government leadership positions.

Scott has a steadfast commitment to ensuring that ELI’s core functions as a convener, educator, publisher of legal scholarship and policy dialogue, and research engine remain a sound foundation on which to build for the future. He also is focused on making sure that ELI is adapting and modernizing in alignment with a rapidly changing world. Under his leadership, ELI has:

Mr. Fulton’s Past Record of Service

In addition to his role as EPA’s General Counsel, Mr. Fulton served in a number of other key leadership roles in both Republican and Democratic Administrations, including as Acting EPA Deputy Administrator, head of EPA’s Office of International Affairs, Judge on the Environmental Appeals Board, and head of the Agency’s enforcement program. He also served as Assistant Chief of the Environmental Enforcement Section of the U.S. Department of Justice (DOJ) Environment and Natural Resources Division. An international expert on environmental governance and rule of law, he serves as a member of the United Nations Advisory Council on Environmental Justice and teaches International Environmental Governance as an adjunct professor at George Washington School of Law. He received the two highest awards given by the U.S. government for outstanding leadership—the Presidential Meritorious Executive Service Award, and the Presidential Distinguished Executive Service Award—and has been inducted into the American College of Environmental Lawyers.