E-Waste Management in Taiwan: A Replicable Model for the United States?

Among the dizzying array of commercials and advertisements we see every day, a new electronic product seems to join the lineup every other month. Almost like clockwork, for example, Apple releases its newest edition of the iPhone early in the fall. The company generates worldwide anticipation for the new model, with people frantically pre-ordering and lining up hours in advance to purchase a phone they only plan to use until the following year, when Apple will once again release a newer, sleeker generation of the iPhone. 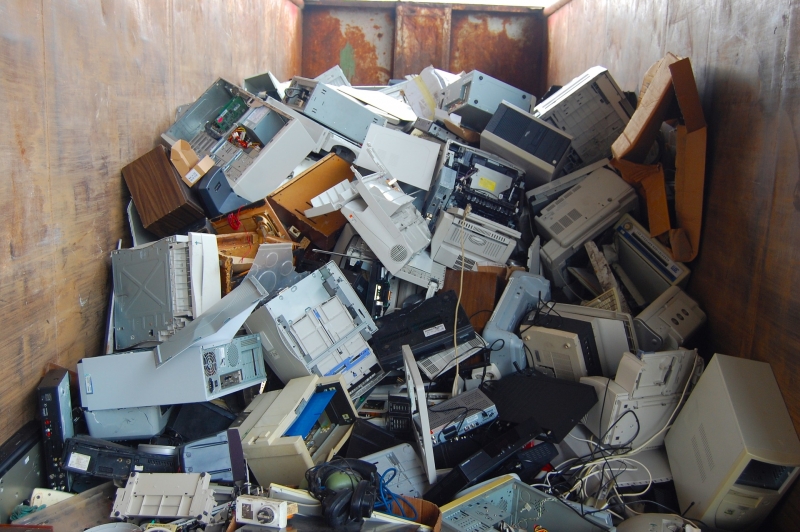 We now live in an era where electronic products are no longer defined by their utility, but rather the spectacle that they generate through their production and consumption. Companies increase profits by selling less durable goods, instead promoting the sleekness and aesthetics their product affords the user. This sudden change to the way people purchase and consume electronic products is only one of the many reasons for the incredible increase in global electronic waste (e-waste). Most importantly, we currently lack responsible and successful e-waste management strategies to deal with this surge.

One successful model countries can look to is Taiwan’s 4-in-1 Recycling Program, enacted in 1997. The program aims to reduce municipal solid waste, increase recycling, and improve the recycling industry. Under an Extended Producer Responsibility (EPR) program, manufacturers and importers of new goods have to pay recycling fees to the Environmental Protection Administration Taiwan (EPAT) and offer recycling collection from consumers. The fees collected from these manufacturers feed into the Recycling Fund, which subsidizes collection and recycling.

Producers and importers of electric and electronic equipment in Taiwan collect the recycling fee levied on manufacturers every two months. These fees are calculated based on domestic sales quantities and recycling fee rates of different products. However, in 2012, the board of Taiwan’s Recycling Fund initiated the Green Differential Fee Rate program, which allows producers to reduce their recycling fee payments by up to 30% if their products are certified with eco-labels issued in Taiwan. The Green Differential Fee encourages companies to incorporate green design into their products, which helps to facilitate the recycling process.

Similar e-waste management policies or programs have not yet been enacted at the federal level in the United States; however, several states have implemented e-waste legislation. California was one of the first to do so with the 2003 SB 20 Bill. Like the 4-in-1 program, SB 20 contains a recycling fee used to fund recycling systems comprised of authorized collectors and recyclers. However, the California fee only applies to covered electronic waste (CEW) recycling, and accompanies retail sales, thus imposing the cost on the consumer. The SB-20 bill also encourages green design (similar to Taiwan’s Green Differential Fee Rate) by setting limits for the concentration of hazardous materials in CEWs for sale in California.

Although the SB 20 bill may appear similar to the 4-in-1 program, key differences undermine its effectiveness. Many EPR laws in the United States tend to assign responsibility and fee payments to manufacturers rather than individual companies, failing to incentivize companies to incorporate green design into their products. For instance, if you levy a fee against the entire laptop industry, Dell might not want to invest resources to swap out hazardous materials in its products if they know that Apple will not do the same, which would put Dell at a competitive disadvantage. Assigning individual responsibility the way that Taiwan does is the best way of incentivizing companies to use better materials and facilitate recycling.

The centralized system of the 4-in-1 program also stands in stark contrast to the patchwork of different e-waste policies throughout the United States. Individual states only have so much power over the manufacturing sector. Having a more unified policy like Taiwan’s can have a significant influence on these industries. Additionally, California’s provisions on the reduction of hazardous materials (inspired by European Union policy) are too limited and narrow in scope. Hazardous materials in California and the rest of the United States would be more effectively managed with a system like the Green Differential Fee Rate that rewards the reduction of hazardous materials through smaller fee payments.

To create stronger e-waste policies in the United States, we must improve our current strategies and incentives. Levying fees on an entire sector will not bring about the changes necessary for hazardous materials reductions and higher recycling rates. Policies similar to the 4-in-1 program and a market-based instrument such as the Green Differential Fee Rate help to achieve policy goals and reduce the global e-waste volume.