The transition to a zero-carbon economy depends, we are told, on the United States’ ability to assure a supply of rare earths and minerals such as cobalt, nickel, or lithium. Dialogues surrounding critical minerals have intensified over the past decade, and the International Energy Agency suggests we are on track for either doubling or quadrupling our “overall mineral requirements for clean energy technologies by 2040.” 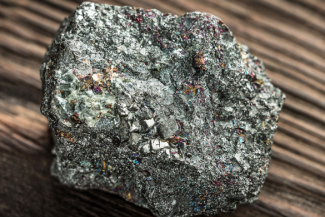 The Biden Administration intends to promote a new critical mineral policy, and calls to reform the 1872 Hardrock Mining Law have persisted for over a century. In this month’s issue of ELR—The Environmental Law Reporter, Sam Kalen discusses U.S. critical mineral policy and makes recommendations for reform to meet clean energy needs. He argues that while mitigating climate change and ensuring inputs to a new green economy may necessitate sacrifices, treasured public land resources must be protected from hasty decisions.

Kalen outlines five key points to facilitate discussions of production of critical minerals. First, he believes the phrase “critical minerals” is overly ambiguous, and that lumping all minerals together for similar treatment is misguided. Second, we should be wary of assuming that geopolitical considerations dictate that we threaten our public lands. Third, critical minerals policy must promote sustainable environmental practices and socially responsible mining. Fourth, some critical mineral production in the U.S. is unavoidable, but Congress must first reform the 1872 Mining Law. Fifth, the environmental review process for mineral production should be streamlined to ensure that tenable, negotiated timelines are tied to each proposal’s specific circumstances and should incorporate assessments of the mineral’s actual criticality.

In reforming the 1872 law, Kalen argues, the U.S. government should receive compensation for private resource exploitation and companies should fund reclamation of old, contaminated mining sites. Authority must be left to the land managing agency to decide whether, where, and when mining occurs. Last, we must ensure that Native American Nations can decide whether mining occurs in areas impacting their land, resources, or culture.

Unless the United States is willing to accept the geopolitical risks previously infecting fossil fuel dependence, it must tap into domestically available critical mineral resources. But the way that mining law reform unfolds will inform and possibly affect the transition to a zero-carbon economy. In considering such reform, Kalen concludes, mining must only be allowed if it occurs in areas far removed from cultural resources, and in an environmentally acceptable manner with negligible impacts to ecosystems.