The Burden of Unburdening: Administrative Law of Deregulation

Over the last year, the Trump Administration has launched an extensive regulatory rollback effort, which notably included Executive Order No. 13771 and its two-for-one provision. On May 16, ELI hosted a seminar, “The Burden of Unburdening: Administrative Law of Deregulation,” which examined this deregulatory shift. Expert practitioners from diverse legal sectors shared on-the-ground insights on this executive-driven deregulatory push, commenting on how this fits with the Administrative Procedure Act (APA). The experts also highlighted some new burdens that could be created by the Trump Administration’s deregulation efforts and offered possible reforms to the regulatory system.

The APA, often described as the bedrock principle of the U.S. administrative legal framework, mandates a uniform rulemaking process for all federal agencies, thereby creating an important check on agency overreach, waste, and abuse. The APA also requires transparency in rulemaking by obligating agencies to inform the public and gather input via the notice-and-comment process under APA (5 U.S.C. §553(c)).

The same standard that applies to promulgating rules also applies to repealing them. Under the APA, in order to undo a rule, an agency must analyze the evidence from the initial rule, explain how the new evidence supports repeal, present a rational cost-benefit analysis, and further promote transparency and public engagement in these processes through substantive notice and comment. Furthermore, for an agency to disregard old evidence that supported the original rule, the agency must provide, per U.S. Supreme Court precedent, “a more detailed justification than what would suffice for new policy created on a blank slate.” Courts also have required agencies to go through a similar process before suspending compliance deadlines. As articulated by the U.S. Court of Appeals for the Fourth Circuit in 2012, the APA ensures that “the pivot from one administration’s priorities to those of the next be accomplished with some fidelity to law and legal process.” At the seminar, Ms. Weaver noted that the APA seeks to strike a “hard balance between changes in political climate and rational, efficient rulemaking.” And as fellow panelist Professor Noll has previously written, this “reduces the risk that governmental agencies will waste enormous resources designing a regulatory program and then canceling the program on a whim.”

Despite the APA’s original intent to leave procedure largely to agency discretion, today, rulemaking has become a burdensome process for agencies. In addition to the requirements imposed directly by the APA, rulemaking is often slowed by obstacles such as litigation, executive orders, budgetary limitation, internal agency miscommunication, and congressional oversight. The resulting  “ossification” in agency rulemaking—where agencies lose their policymaking agility—can create incentives for the President to take unilateral action to accomplish policy objectives by sidestepping the APA’s standardized, transparent rulemaking process. The current Administration has relied heavily on executive orders to accomplish their policy objectives. Professor Kovacs has described this strategy as moving the nation “toward the kind of executive authoritarianism the APA was designed to avoid.”  Mr. Wagner warned that regulations made without transparency or public involvement are vulnerable to political or industrial interests, leading to the current “blatant insertion of politics into regulatory actions.” 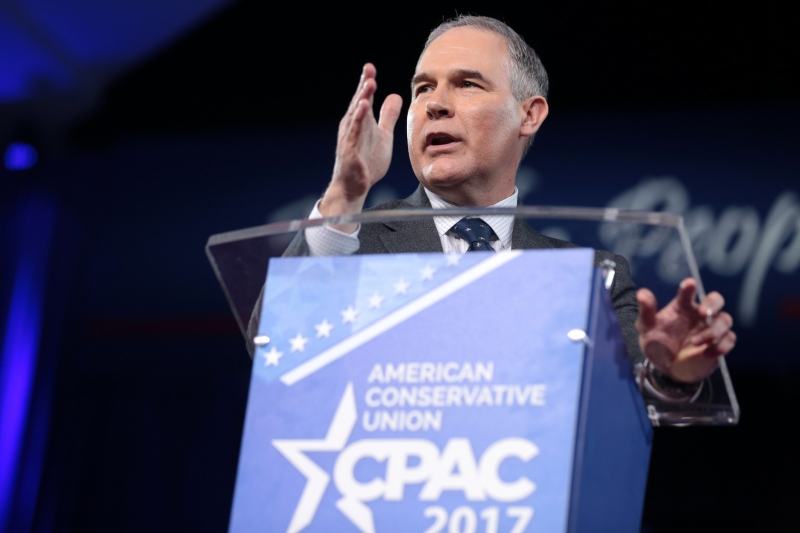 Some observers have commented that as part of its current deregulatory efforts, the Administration has reversed policies without any meaningful opportunity for public participation, often providing inadequate notice-and-comment periods. Other experts have argued that cost-benefit analysis, one of the underlying tools widely used for environmental policy decisions, has been manipulated to support the rollback. For example, citing efforts to repeal the “waters of the United States” rule and the Obama Administration’s Clean Power Plan, Mr. Wagner has noted that “by making different economic assumptions and taking different issues into consideration, [the Administration’s] cost-benefit analysis looks vastly different from the analysis performed to promulgate these rules.” And Professor Noll has warned that this approach can obscure foregone benefits under the original rule and “[ignore] the cost of deregulation, which will be borne by society at large.”

The panelists agreed that the current administrative legal framework needs a legislative fix (Congress has not significantly revised the APA’s rulemaking provisions since 1946). Under such a reform, Professor Kovacs suggested that the judiciary’s role should be limited to avoid further unintended regulatory ossification, while the role of Congress in rulemaking should be expanded to provide the correct value judgement in policy decisions. In addition, the reformed framework must allow meaningful communication and public participation from the beginning of the rulemaking process. Protecting these key features while reforming the administrative law system may seem like a daunting challenge. Yet, it is fundamental  to our democratic processes and to the protection of rational policy decisions.