Cities, the U.S. military, and private businesses are increasingly turning to artificial intelligence and analytical tools as they strive for greater resiliency amid growing incidents of climate-related flooding, heat waves, and other extreme events. In January, participants in the Environmental Law Institute’s 9th GreenTech webinar—“Technology and Climate Resiliency”—discussed these developments and the incentives for adoption of cutting-edge tools and various impediments. 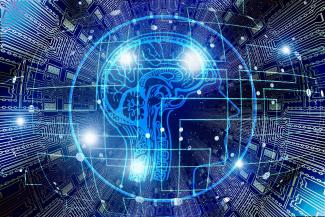 Speakers were guided by moderator Rob Kirsch, former WilmerHale partner, as they shared insights about how AI analytical tools are contributing to cutting-edge strategies for strengthening cities and other critical societal sectors, including electricity, transportation, and national security services.

In opening remarks, Sanjay Seth, the City of Boston’s Climate Resilience Program Manager, described the Climate Ready Boston Initiative, an all-of-government effort that uses modeling and analytics to inform the city’s strategies for infrastructure and emergency response to ensure that Boston and its residents can continue to thrive despite climate change. Boston conducts computer modeling that uses satellite and other data to generate insights, including simulations mapping the city’s “urban heat island” hot spots block-by-block to identify priority blocks or parks for heat resilience management. At the core of Boston’s coastal resilience work is detailed coastal modeling and peer reviewed projections, developed jointly with the city’s science advisory groups and the public.

Sherri Goodman, a Senior Fellow at the Wilson Center’s Polar Institute and Environmental Change & Security Program, drew from her long career addressing climate from a national security perspective to speak on the climate resiliency efforts of the Department of Defense, the nation’s largest industrial organization and second largest landholder. Major military bases such as Tyndall Air Force Base in Florida and Camp Lejeune in North Carolina have suffered billions of dollars in losses “because they weren’t climate ready,” she said. As in Boston, DoD’s older building stocks must be made resilient against climate impacts. Recently, the military and the National Guard increasingly have been deployed to help with domestic climate-fueled natural disasters, a trend Goodman expects will continue.

Next, Rich Sorkin, CEO and Co-founder of Jupiter Intelligence, a leading climate risk analytics company, spoke on Jupiter Intelligence’s work to further climate resiliency. Established about five years ago and employing approximately 100 experts in machine learning, computing software, and related sciences, Jupiter directs most of its $100 million in investments at research and development to support its clients, mainly in private banking and federal agencies such as DoD, the Federal Emergency Management Agency, and the Department of Housing and Urban Development. Sorkin noted that in working with DoD his company has encountered all the issues Goodman described. He showed a short video of a power plant in Lower Manhattan that flooded during the 2012 superstorm Sandy, cutting power to the entire lower island. Decision makers should anticipate comparable storms and flooding in every part of the global economy.

Following opening remarks, the panelists responded to questions focused on incentives for adopting AI analytics and impediments to adoption. Sorkin mentioned that incentives for AI analytics already exist in the private sector, as evidenced by the $100 million his company has raised. In cities, however, procurement practices can create a significant disincentive by limiting municipalities’ ability to take advantage of R&D funded and used extensively in the private sector. Sorkin underscored that government policy frameworks are a big driver of technology adoption. In the near future, the Securities and Exchange Commission will publish new climate disclosure requirements that will add to the growing body of incentives.

Seth noted that local governments are creating markets for certain services that will be needed across many sectors. Each large building, for example, must complete an emissions compliance process. However, federal agencies that often fund projects can also be a limiting factor because they stipulate such requirements as acceptable “depth-damage curves,” even if local risk knowledge differs. Policy needs to make space for innovation in the growing climate resilience space without losing the core public oversight and trust, Seth said.

For DoD, Goodman said, political incentives exist to direct resources at resiliency. But resources have mostly been made available after damage has occurred, with Congress providing Tyndall and other military bases sufficient funds to rebuild with more resilience, and DoD’s budget guidance instructing the services to emphasize resiliency. However, DoD’s procurement choices for technologies are made at the service rather than secretariat level and new technologies can sometimes meet resistance, although DoD’s Defense Innovation Unit and other programs are attempting to introduce newer technologies.

Sorkin elaborated on regulatory harmonization as an issue for large enterprises, both in the financial services and industrial sectors where businesses operate in regulatory jurisdictions globally. Without regulatory harmonization in the United States, Europe, Japan, and elsewhere, companies will be slower to implement regulations because “arbitrary” standards are harder and more expensive. The same applies to local jurisdictions where cities can have inconsistent approaches, Sorkin said.

On core challenges facing large-scale analytics and modeling, Seth said that currently the focus is on physical assets, not people. But people-focused climate resilience is the growth edge for climate technology. Concurring with Seth’s remarks, Goodman added that one of DoD’s top three climate initiatives for 2022 will center on how extreme heat affects troops. This is an area that must be scaled up, and DoD’s demand for analytics and modeling, as well as clean-tech, will help create new markets as the nation moves toward climate resilience.

For private enterprises, Sorkin said, the major problem is that CEOs and boards are unlikely to prioritize issues 15 to 30 years out, although companies’ typical seven-year time horizon is changing under pressure from shareholders, regulators, and even employees. Cities have the biggest challenges, with the most complex “use case” or system requirements because they are subject to conflicting political input on almost everything, with multiple stakeholders, and must meet many needs with limited budgets.

Besides policy issues, panelists discussed the challenges of acquiring on-the-ground data to calibrate and validate downscale models for heat and flood management and the role for citizen science in this kind of work. In Boston, for example, the academic and non-profit communities have enlisted residents’ help in deploying sensors in their cars to actively monitor the city’s “thermal performance” on a hot day and thereby calibrate “the real effects” as researchers transition from satellite to on-the-ground data.