The Environmental Law Institute is proud to announce that U.S. Senators Mark Udall of Colorado and Tom Udall of New Mexico will be the joint recipients of the 2009 ELI Award for Achievement in Environmental Law, Policy, and Management. The award honors each of them—who are first cousins—for advancing environmental protection in their professional and public service activities. The Senators will receive the award at the 2009 ELI Award Dinner on October 29, 2009 at the Omni Shoreham Hotel in Washington, DC.

“ELI’s decision to honor Senators Mark and Tom Udall at its 40th Anniversary Dinner recognizes the legacy of the past as well as the challenges of the present and future,” stated ELI President, Leslie Carothers. “The two new Senators follow in the footsteps of their fathers who received the ELI Award in 1993.” Mark’s father, Morris “Mo” Udall served in the U.S. House of Representatives for 30 years and ran for the Democratic nomination for President in 1976. Tom’s father, Stewart Udall, served as Secretary of the Interior under U.S. Presidents Kennedy and Johnson. The elder Udalls inculcated the principles of environmental stewardship in their sons when the modern environmental movement was new and served as role models for their future careers and environmental leaders. 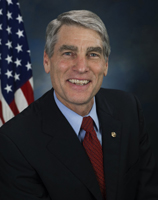 Before being elected to the U.S. Senate in 2008, Mark Udall represented Colorado’s second Congressional District for five terms, beginning in 1999. Regarded as a national leader on renewable energy, he worked to put Colorado at the forefront of sustainable energy development. In 2004, he successfully co-chaired a campaign to pass Colorado's first Renewable Electricity Standard (RES), which requires power companies to use more alternative energy sources. In 2007, the House of Representatives twice passed an RES championed by both Mark and Tom Udall. He is currently campaigning to enact a national RES in the Senate, where he sits on the Committee for Energy and Natural Resources and chairs the National Parks Subcommittee.

Through the years, his inclusive and bipartisan approach has led to a number of other legislative achievements, including legislation to reduce wildfire risk and bark-beetle infestation, promoting renewable energy and the green energy economy. Mark also led successful efforts to pass the James Peak Wilderness Bill and transform the Rocky Flats Nuclear Weapons facility into a National Wildlife Refuge.

His legislative agenda is strongly reflected in his personal life. In the early 1970s, Mark began a long and successful career with the Colorado Outward Bound School, which teaches interpersonal wilderness survival and leadership skills to people of all ages. He served as an educator from 1975-85 and as the director from 1985-95. Mark is also an avid mountaineer and has climbed or attempted some of the world’s most challenging peaks, including Mt. Everest. 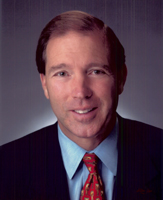 In 2008, Tom Udall was elected to the Senate from New Mexico after 10 years of representing the state in the U.S. House of Representatives. He had also served as the state’s Attorney General for eight years prior to his election to the House and as the Chief Counsel to the New Mexico Department of Health and Environment during the 1980s.

In his role on the U.S. Senate Environment and Public Works Committee, Tom continues his important work on energy and environment issues begun during his tenure in the House. On the Indian Affairs Committee, he also carries on his longtime mission of helping shape programs of special concern to Native Americans, including economic development, trust responsibilities, land management, Indian education, health and loan programs.

Tom also carries with him an impressive portfolio of environmental achievements. As Chief Counsel to the New Mexico Department of Health and Environment, Tom fought for stronger environmental and health protections. Later, as the state’s Attorney General, he pushed hard for having criminal penalties in place dealing with air quality, water quality, and hazardous waste. New Mexico had very few criminal penalties on the books that dealt with environmental laws before Tom became AG. While in the U.S. House of Representatives, Tom wrote and passed a bill—also supported by Mark Udall—to establish a national renewable electricity standard to create good jobs, reinvigorate our economy and reduce global warming.

One of his most notable victories was his shepherding through Congress of the 2005 Ojito Wilderness Act. The Ojito Wilderness contains approximately 11,000 acres and is characterized by dramatic land formations and rock structures, multi-colored badlands, as well as a multitude of cultural, archaeological, and paleontological sites. The Pueblo of Zia recognizes numerous sites of religious and cultural significance in Ojito, as well as the surrounding wild lands.