With the ACE Rule Cert Grant, Where is the Court Headed? 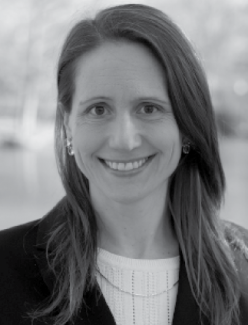 At the end of October, the Supreme Court decided to take on the Affordable Clean Energy regulation, a case where it will be ruling entirely in hypotheticals. ACE is the Trump administration’s repeal of the Clean Power Plan, an Obama-era regulation limiting greenhouse gas emissions from existing power plants. That repeal was based on the idea that the CPP’s reliance on generation shifting was unambiguously illegal. But the U.S. Court of Appeals for the D.C. Circuit vacated ACE, holding that ACE itself “hinged on a fundamental misconstruction of Section 7411(d) of the Clean Air Act.”

The Biden EPA has said that it will not stand by the Trump-era rule and will rewrite it. The agency did not seek review of the vacatur in the Court, but West Virginia, along with a coalition of states and other petitioners, did. West Virginia’s request asks a first hypothetical: Is EPA “constitutionally authorize[d]” to issue a rule that is “capable of reshaping the nation’s electricity grids and unilaterally decarbonizing virtually any sector of the economy?”

Westmoreland Mining Holdings LLC asks another one: does the agency have the authority to “decide such matters of vast economic and political significance as whether and how to restructure the nation’s energy system”? North American Coal Corporation asks if Section 111(d) authorizes EPA to “develop industry-wide systems like cap-and-trade regimes.” North Dakota asks whether the agency is allowed to “deprive states of all implementation and decisionmaking power in creating their Section 111(d) plans.”

Why are these hypotheticals? Because EPA has not issued a new rule seeking to restructure the energy system — at least as of press time. Instead, it is rethinking its regulatory approach to the entire sector. Nonetheless, the Court has granted the request to decide how much authority the agency has to address the power sector’s greenhouse gas emissions under 111(d).

The ACE case is not the only one this term that involves claims of agency overreach. In a recent shadow-docket case, the Court vacated the Centers for Disease Control’s eviction moratorium, holding that the CDC’s reading of the statute would give it a “breathtaking amount of authority.” And another case on the docket for the October term, American Hospital Association v. Becerra, has to do with claims that the agency used a vague or “ancillary” term of the relevant statute to “alter the fundamental structure of a regulatory scheme.”

An interesting trend emerged from examining those losses: many were about courts finding that the Trump administration had acted outside the bounds of its authority. The cases at the Court now are about whether agencies both acted outside the bounds of their authority and seized control of vast authority. But at bottom both trends have to do with agencies working to implement a policy priority of the president, and courts then taking a searching look.

Interestingly, the ACE rule case is not the Court’s only opportunity to review a Trump-era rule disavowed by the Biden administration. On the same day it granted certiorari in the ACE rule case, the Court granted certiorari in a case about the Public Charge Rule, designed to deny green cards to immigrants who might need to rely on public assistance programs like food stamps. In that case, the rule was enjoined in the U.S. Court of Appeals for the Ninth Circuit and elsewhere (though not on a nationwide basis).

The Trump administration sought an appeal to the High Court and in February 2021, the Supreme Court granted certiorari. After that, Arizona and a state coalition sought to intervene in the Ninth Circuit. Before that motion could be decided, the Biden administration stipulated to dismiss the Supreme Court case and then quickly repealed the rule. So what is left to decide in the Supreme Court? The Court agreed to hear whether Arizona and its coalition should have been permitted to intervene to defend the Trump-era rule.

It seems that the Court may want to have a say in whether Trump-era rules should survive. It may also be scrutinizing the practice of a new administration that seeks to avoid defending a prior administration’s rules. And the Court seems to want to decide how Section 111(d) should be interpreted even in the absence of an agency rule. These are interesting times.

With the ACE Rule Cert Grant, Where Is the Court Headed?

Any major new EPA rulemaking is bound to be controversial, and the proposed Clean Power Plan (CPP) is no exception. ELI has devoted the entire December 2014 issue of its Environmental Law Reporter (ELR) to the debate...