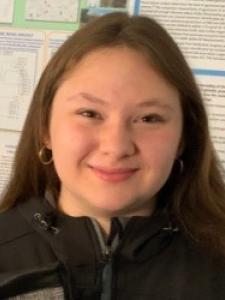 A research scientist, writer, environmental educator, and founder of a genetics and microbiology lab, Sonja Michaluk, age 17, is already recognized for making environmental discoveries and changes in the state of New Jersey and around the world. Michaluk, an advocate for data-driven environmental decisionmaking, has been a certified water monitor since she was six and has advocated on behalf of wetlands since she was 11. Between 2014 and 2020, Michaluk contributed to the preservation of over 50 acres of ecologically sensitive wetlands and wildlife corridors in Central New Jersey by collecting and analyzing field data, working with state and local governments, and speaking at public hearings. Before the pandemic, Michaluk was flown to Sweden to represent the United States at World Water Week and at a climate change symposium. Her research, which is recognized internationally, has been published in the Encyclopaedia Britannica, presented at numerous conferences, and featured in films about climate change and the environment.