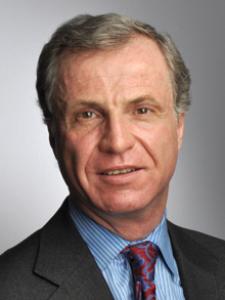 Rob Kirsch serves as the vice chair of the ELI board. In 2018, he retired as a partner from WilmerHale LLP, where he chaired the firm’s national environmental practice.  Between 1983 and 2018 Rob focused his work on environmental and human rights issues.

Rob’s environmental work concentrated on enforcement and litigation matters across a broad spectrum of federal and state statutes and regulatory programs. His clients spanned the energy, defense, life sciences-pharma, waste management, consumer products, and real estate development industries, among others. To demarcate his departure from full time legal practice, following the completion of a final hearing in May 2018, Rob climbed Mount Rainier with his two sons. He has been a member of the ELI board since 2010.

Between 2004 and 2015, Rob led a WilmerHale pro bono team representing six men interned at the US Naval base at Guantanamo Bay — receiving a favorable decision before the US Supreme Court, a favorable decision in the first Guantanamo habeas corpus trial, and the only ruling by the US Court of Appeals for the District of Columbia Circuit in favor of a Guantanamo prisoner out of the more than 20 such decisions to date.

Rob holds a B.S. from Middlebury College and a J.D. from the Cornell Law School.