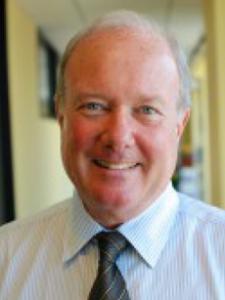 Paul joined MJB&A in the fall of 2012. He contributes to the firm’s regulatory policy analysis for the electric and gas industry and to its sustainability practice area.

Paul has nearly forty years of experience in public policy development and business strategy. Prior to joining MJB&A, Paul was a corporate officer at Constellation Energy in Baltimore, Maryland where he served on the Management Committee for eleven years as Senior Vice President for Corporate Affairs and Chief Environmental Officer. He was Chairman of Constellation’s Environmental Review Board and led the company’s sustainability initiatives. While at Constellation, Paul testified before the Maryland General Assembly on matters pertaining to environmental policy, clean energy, and electric rates, as well as Constellation Energy’s business ventures and its sustainability initiatives. Paul left Constellation after helping the company achieve its merger and business integration with Exelon Corp in mid-2012.

Before joining Constellation, Paul served as Senior Vice President and Group Head at Ogilvy Public Relations in Washington, DC, where he managed the firm's energy and environment practice. And, prior to Ogilvy, Paul served for five years on the senior staff of the Natural Resources Defense Council (NRDC), where he participated in pioneering analyses of global warming and climate change. Before his tenure at NRDC, he was Press Secretary for U.S. Senator Christopher Dodd and participated in the Senator's reelection campaign in 1986.