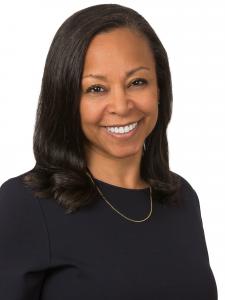 Nadira Clarke is a formidable litigator with first-chair trial experience, she focuses her practice on technically complex, high-stakes matters. She is sought after for her aggressive defense of corporations and executives facing large-scale, multi-faceted criminal investigations involving environmental incidents and major accidents. Calm and decisive by nature, she provides leadership and valuable counsel in a crisis.

Nadira previously served as an Assistant United States Attorney for the District of Maryland, and a Special Assistant United States Attorney for the Eastern District of Virginia. Well versed in the area of corporate compliance and business ethics, she works with two separate corporate monitor teams appointed by the court to oversee compliance of companies in the wake of criminal prosecution. She previously served as counsel to the Department of Justice's Office of Professional Responsibility, where she led internal professional ethics investigations involving federal prosecutors and high-ranking Department of Justice officials.

Nadira is a frequent industry speaker, and has been recognized as a "Rising Star" by the Minority Corporate Counsel Association (2013). Her pro bono work includes mentoring and litigating sex-discrimination and political asylum cases.

Nadira was recently ranked for environmental law in the 2020 Chambers USA Guide. The publication noted, "She has excellent experience in government investigations arising from environmental and workplace safety incidents."

The environmental practice at Baker Botts where Nadira has her practice was given a top tier national ranking as well as a top tier ranking in Washington DC.