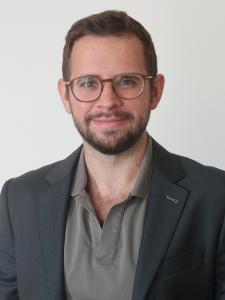 Dr. John M. Doherty joined ELI in August 2022 as a Science Fellow with the Climate Judiciary Project, for which he assists with the development of a climate science educational program aimed at members of the judiciary. Prior to joining ELI, John earned a Ph.D. in Earth Sciences from the University of Hong Kong in 2021, for which he conducted research on ocean circulation in the polar and subpolar North Atlantic and its links to climate variability throughout Earth’s recent (common era) and more distant (Quaternary) history. John also previously completed an M.S. in Environmental Science at American University in 2017, during which he investigated water quality conditions of coral reef ecosystems in Guam, and a B.A. in Political Science at American University in 2015. He is passionate about bridging the gaps between science, law and society and intends to pursue a long-term career in ocean and climate governance.