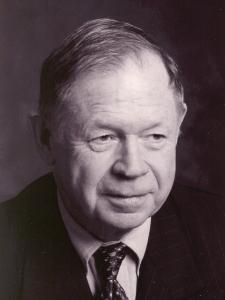 J. William Futrell was the President of the Environmental Law Institute from 1980-2003. Before coming to ELI, Mr. Futrell was a Professor of Law at the University of Georgia and at the University of Alabama. Prior to becoming a law professor, Mr. Futrell was a trial attorney. He has been a Woodrow Wilson fellow at the Smithsonian Institution, President and member of the Board of Directors of the Sierra Club during the 1970s' a delegate to the United Nations Conference on Water, and a Fulbright scholar. He is a graduate of Tulane University, and received his law degree from Columbia University.