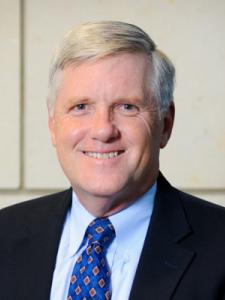 David J. Hayes is the Executive Director of the State Energy & Environmental Impact Center at NYU School of Law, which supports state attorneys general in their advocacy for clean energy, climate and environmental laws and policies. He teaches energy and environmental law at the NYU School of Law. From 2013-2017, Hayes was a Distinguished Visiting Lecturer at Stanford Law School and was affiliated with Stanford's Woods Institute for the Environment and Precourt Institute for Energy.

Hayes served as the Deputy Secretary and Chief Operating Officer at the Department of the Interior for Presidents Barack Obama (2009-2013) and Bill Clinton (1999-2001). Before and between serving in the Obama and Clinton Administration, Hayes was a partner and global chair of the Environment, Land & Resources department at Latham & Watkins, an international law firm. He is a former Chair of the Board of the Environmental Law Institute; a member of the board of directors for the Coalition for Green Capital; the Advisory Council of Stanford’s Bill Lane Center for the American West; and founder of the Wildlife Trafficking Alliance. Hayes graduated summa cum laude from the University of Notre Dame and received his JD from Stanford Law School.